Canadian startup program Creative Destruction Lab (CDL) escapes succinct description in some ways — it’s an accelerator, to be sure, and an incubator. Startups show up and present to a combined audience of investors, mentors, industry players (some of whom, like former astronaut Chris Hadfield, verge on celebrity status) — but it’s not a demo day, per se, and presentations happen in focused rooms with key, vertically aligned audience members who can provide much more than just funding to the startups that participate. 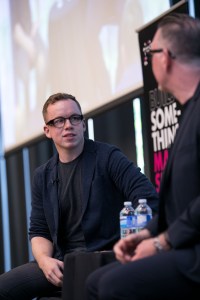 Seven years into its existence, CDL really puts on a show for its cornerstone annual event (itself only two years old), and clearly shows the extent to which the program has scaled. From an inaugural cohort of just 25 startups with a focus on science, CDL has grown to the point where it’s graduating 150 startups spanning cohorts across six cities associated with multiple academic institutions. It has consistently added new areas of focus, including a space track this year, for which Hadfield is a key mentor, as is Anousheh Ansari, the first female private space tourist to pay her own way to the International Space Station and the co-founder and CEO of Prodea Systems.

The ‘Super’ in Super Session

This is the second so-called “Super Session” after the event’s debut in 2017. It includes roughly 850 attendees, made up of investors, mentors, industry sponsors and the graduating startups themselves. As CDL Fellow Chen Fong put it in his welcoming remarks, CDL’s Super Session is an opportune moment for networking, mentorship and demonstration of the companies the program has helped foster and grow.

A keynote track included talks by Ansari and Hadfield, as well as from Celmatix CEO and founder Piraye Beim, and a fireside chat with North founder and CEO Stephen Lake. Subjects ranged from the importance of the linkage between exploration and technology, to what Beim described as “probably the first CDL talk to include menstrual health, vibrators, incontinence and menopause, all in the span of 15 minutes.” Lake meanwhile discussed the future of seamless human-computer interfaces, and Ansari discussed her work founding the Xprize program and the impetus behind the current momentum and interest in private space innovation. 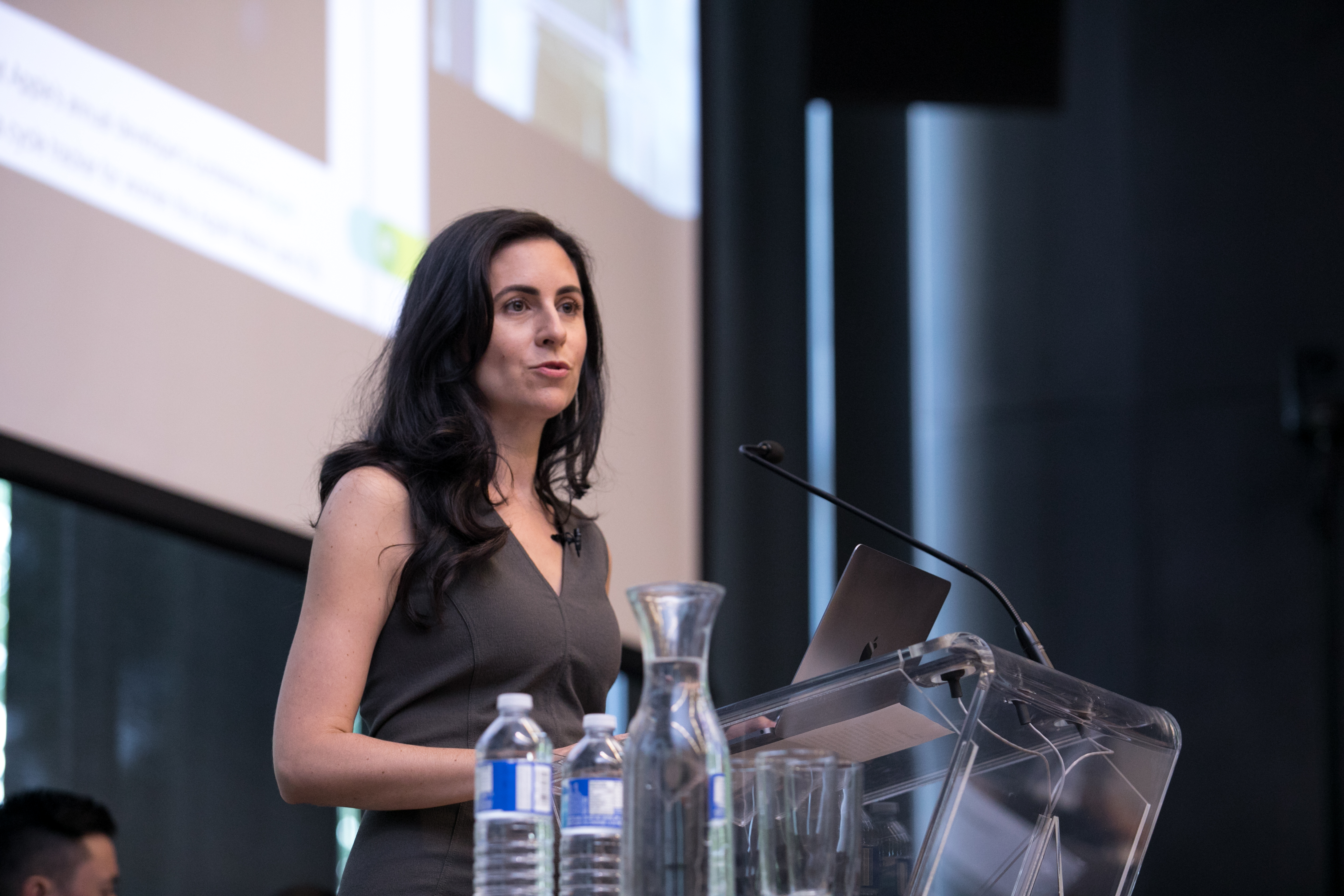 The variety in the keynote speaker mix and topic selection is reflective of the eclectic and comprehensive nature of CDL’s modern program, which scouts globally for prospective startup participants. Its six hubs then enter into a matching process with startups signed on to take part, where each scores the other, and that leads to placement.

CDL’s originating thesis is all about supplying the limiting resource in a startup ecosystem; the thing which the program’s organizers think is the missing ingredient that differentiates Silicon Valley from any other innovation hub in the world. Namely, CDL theorizes that this missing ingredient is what CDL Director of Community Kristjan Sigurdson calls “entrepreneurial judgement.”

Sigurdson explains that this basically boils down to the ability to know what are the most important things you need to do as an entrepreneur, and in what order. The missing piece, he says, isn’t ideas, funding availability or a lack of effort — instead, it’s the kind of judgement that results from experience. CDL’s model, which emphasizes five sessions, is held periodically, during which a panel of mentors helps startups set three clearly defined objectives they can accomplish within the next eight weeks.

After each of these sessions, some triage occurs — essentially CDL mentors gathered in closed-door meetings are asked if they’d work with any of the startups that presented during the session. If startups don’t receive sponsorship in these closed-door meetings, they’re not asked to participate in the next session, and effectively are out of the program. All told, the program graduates around 40-45% of the startups that enter the program, Sigurdson said. 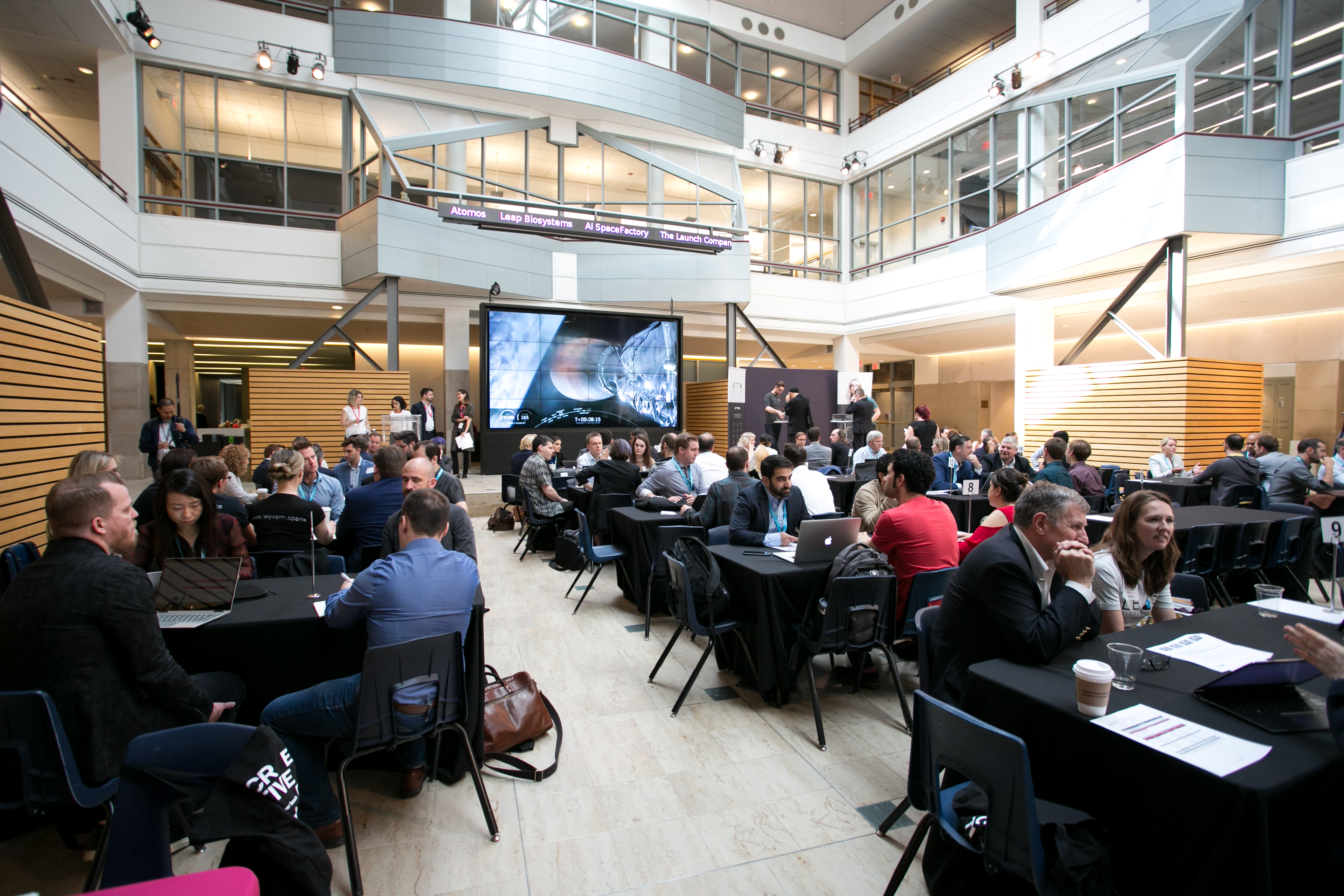 CDL is also a bit out of the ordinary in that it takes no equity from the startups it works with — it’s fundamentally an academic program, started by the University of Toronto, and is designed to provide real-world business cases for the school’s MBA students to work on. But it’s become so much more — providing mentorship and guidance as described, and also connecting researchers who often enter into formal advisory roles with CDL companies.

Sigurdson also noted that CDL has actually seen “much higher investment levels” versus the average for more traditional incubation or acceleration programs. “It’s a program that I think allows companies to raise money much more organically even though it’s an artificial program we created,” he said, referencing CDL’s own comparative research.

Lab-grown and forged in fire

True to its name, Creative Destruction Lab in practice feels like a generative cauldron of ideas, shared with peers and industry specialists for debate, discussion and reformation. Sessions are remarkable to witness — where else are you going to see brand new companies get direct feedback from astronauts and representatives of global space agencies, for instance. 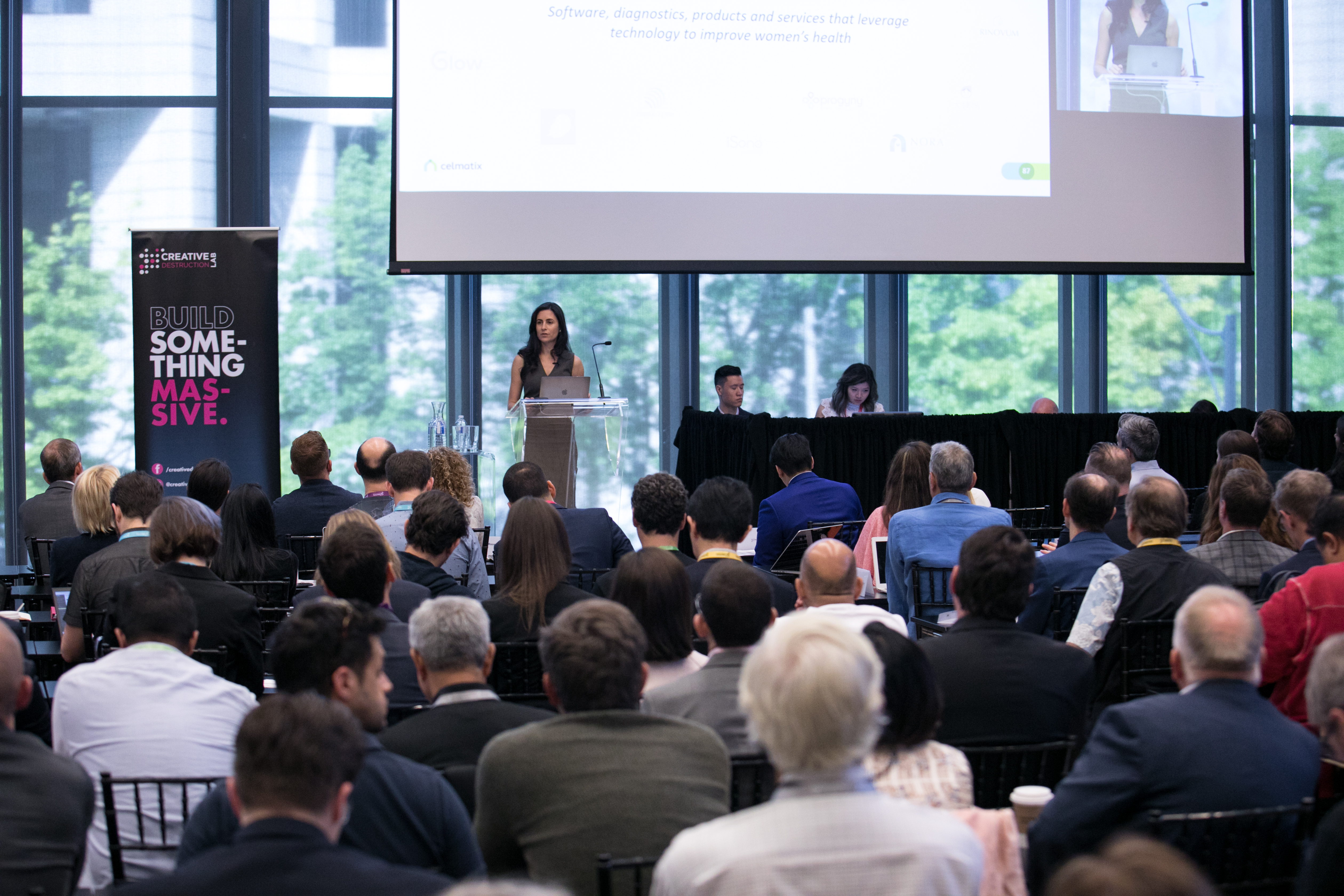 The model is unique, but clearly effective, and able to scale — as evidenced from its growth to what it is today from its starting point in 2012, when one founder described it as “7 people in a room.” The room featuring presentations from space-track companies alone featured around 50 people in attendance for instance – almost all of which were top-flight industry leaders and investors, including Hadfield, Ansari, CDL alumni Mina Mitry of Kepler Communications and prominent Toronto angel investor Dan Debow. Startups presenting in the space track included Wyvern, a hyperspectral imaging company; Mission Control, a startup that wants to be the software layer for Moon rovers; and Atomos, which is building a space tug for extra-atmospheric “last-mile” transportation solutions.

It’s easy to see why this program results in solid investment pipeline, given the profile of the sponsors and mentors involved. And it’s another strong stake in the ground for the claim that Canada’s startup scene, with Toronto as its locus of gravity, is increasingly earning (and outperforming) its reputation as a global center of innovation.