APIs — the lightweight programming interfaces used by developers to integrate other applications with theirs, or to help their apps integrate with others — have become an essential building block of our software-powered world, with a majority of organizations building and working with them and, by some estimates, upwards of 50,000 of them in circulation today.

Those numbers and popularity, however, can lead to a lot of fragmentation and disorganization in terms of discoverability. Now, one of the startups that’s building a marketplace to help fix these problems has raised funding to capitalise on the opportunity.

RapidAPI, which developers use to search for, pay and connect to public APIs, has closed a Series B round of $25 million.

CEO and co-founder Iddo Gino said in an interview that the startup plans to use the funding to continue both expanding the size of its marketplace and the kinds of tools that it provides to developers to engage with it.

Up first will be a new product aimed at developer groups, appropriately titled RapidAPI for Teams, which will help them not only manage their use of public APIs but also organise and use their own internal APIs and microservices. (The product will be free for up to five developers and charged at $10 per user per month thereafter for unlimited calls, Gino said.)

The funding comes at a time of decent growth for the startup. The company now counts 10,000 APIs in its marketplace, which it estimates covers 33% of all publicly available APIs globally (leaving lots of room still to grow); with developers using RapidAPI now standing at 1 million, who now collectively make 500 billion API calls each month from a wide variety of companies big and small, including Microsoft, SendGrid, Nexmo, Telesign, Google, Skyscanner  and Crunchbase (TC’s cousin).

“In addition to that we have 20,000 more APIs that are either stale (not used, mostly private) or are used by just one user in private mode so we don’t consider them in our count,” Gino said.

Customers, meanwhile, include some of API providers along with other enterprises, including Cisco, Hyatt, SAP, Delta, and Reddit.

The stats RapidAPI is putting out today are all up on numbers it revealed to me last year, when I wrote about the startup’s Series A. (Then, it had 8,000 APIs, 500,000 developers and 400 billion calls.)

It now also has some 50 employees spread out between San Francisco, Tel Aviv and Ukraine. 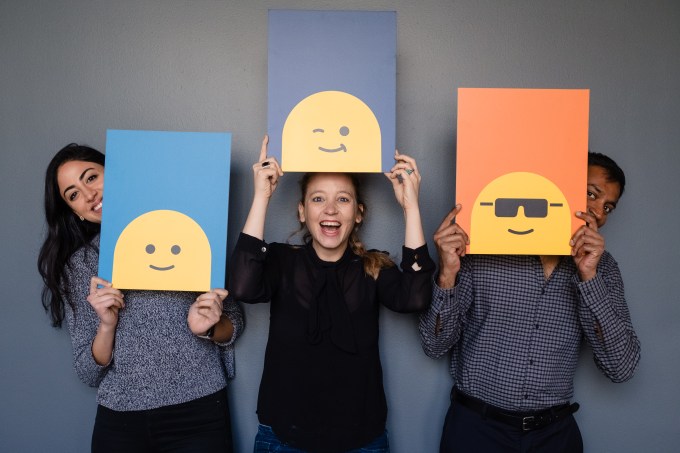 The Series B — which brings the total raised by RapidAPI to around $38 million — is being led by M12, the VC arm of Microsoft, with DNS Capital and previous investors Andreessen Horowitz, Green Bay Capital and Grove Ventures also participating.

Microsoft’s involvement is strategic and notable: the company has long been building itself as the go-to platform for all things developer, a strategy that goes back years but more recently has extended to its big investment in its Azure cloud platform, as well as its acquisition of code repository GitHub, among many other moves. You can easily see how well something like RapidAPI could complement those existing tools.

“RapidAPI is changing the way businesses scale with APIs and microservices,” said Mony Hassid, General Manager and Managing Director at M12, in a statement. “We are excited about the potential for RapidAPI to enhance developers’ productivity, streamline duplicative work, and assist to combine API contracts.” Hassid also has now joined RapidAPIs board of directors.

From what we understand, Microsoft wasn’t the only strategic company that was eyeing an investment in RapidAPI in this round. But Iddo Gino, the company’s young founder, said in an interview that the terms of this deal were very clear and the company is very free to pursue partnerships with others, including Microsoft competitors.

Competitors are top of mind for RapidAPI in another regard, too. As you would imagine, the popularity of API usage — which extends not just to software but a number of hardware devices and IoT devices that the software powers — has led to a number of companies that are all going after the same business.

Companies like Zapier and IFTTT (also backed by Andreessen) provide directories of apps that can be connected together; and ProgrammableWeb also has offered a longstanding API directory, although Gino argues that it incorporates less of the tools that RapidAPI offers. He noted that he sees Manifold, which is a much larger cloud services marketplace, a more direct competitor.

The proliferation of tools for developers, and more specifically those aimed at helping developers work with APIs, will inevitably lead to more consolidation, with bigger fish swallowing up some of the minnows, or the minnows coming together for a stronger proposition to the market. RapidAPI has already been a beneficiary of that trend: it acquired Mashape in 2017, leading to a nice bump in its user numbers. And there could be more of that to come.

While RapidAPI has focused up to now on public APIs, the turn with teams to private APIs will open the door to a whole new set of services and use cases that speak to another kind of growth for the company. Citing a survey by Ping Identity, RapidAPI notes that 25% of companies typically use more than 1,000 internal APIs or microservices, while another 35% have 400–1,000 internal APIs. API days are here again, it seems.