It’s going to be a while before players can get their hands on the Breath of the Wild sequel teased at the end of Nintendo’s E3 Direct earlier today. The good news, however, is that Nintendo’s got a few other Zelda-related adventures in the pipeline before that. There’s the compelling beat-based Cadence of Hyrule, due out this Thursday, and later this year, the company is releasing a remastered version of the Game Boy classic, The Legend of Zelda: Link’s Awakening.

That one’s due out in September. As is the case with a number of recent titles (see: most of Square’s presser from earlier this week), Link’s Awakening isn’t so much a new game as a revamp of an older one designed to get the most out of the latest technology.

Here that means more than most, however. Released in 1993, the original version of the game was subject to the Game Boy’s 8-bit, monochrome limitations. The title began life as a portable port of the third Zelda game, SNES’s A Link to the Past, but ultimately became a real boy under the direction of long-time Nintendo producer Shigeru Miyamoto.

The Link to the Past connection is very much present. Link’s Awakening feels cut from the same Hyrulian cloth as A Link to the Past. As someone who’s old enough to have played the original title during its first go-round, things came trickling back to me during a gameplay demo at E3. But the graphical advances are pretty substantial. The game is a far cry from the 1998 Game Boy Color reissue, The Legend of Zelda: Link’s Awakening DX.

Link’s Awakening is very much a Zelda title through and through, but the visuals are more than enough to make it feel like a fresh title. A direct line for the character design can be drawn to the GameCube’s The Wind Waker, when Link became decidedly more adorable. That’s coupled with the familiar 3/4 RPG perspective that was a staple of the franchise’s early days.

The backgrounds have been refreshed nicely, with a kind of tilt-shift style art that selectively blurs out set pieces. As someone who plays Switch almost exclusively as a handheld, it was refreshing to see it played out on the big screen. 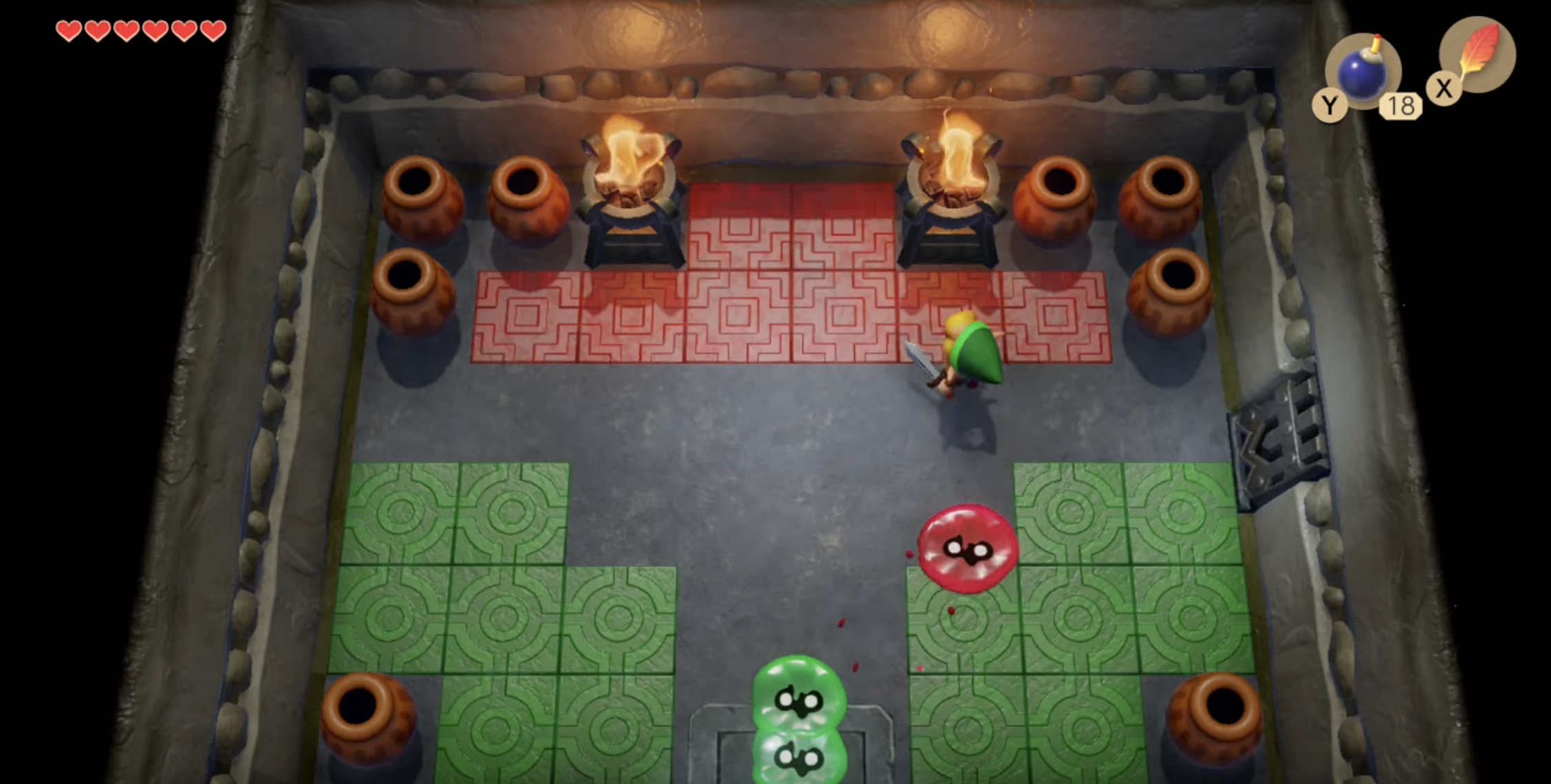 Gameplay came back in a flash. Though a rep had to walk me through a few pieces of the first mission: finding a magic mushroom for a witch’s potion. It’s all very Macbeth. Or the Scottish video game. Nintendo did a much longer walkthrough on Treehouse this morning, all of which should prove familiar if you’ve played the original.

Nothing quite scratches the itch of a new Zelda title, but a full revamp of a Game Boy game more than a quarter century after the original comes close.