The value of all the nickel and iron that scientists believe make up 16 Psyche’s potato-shaped asteroid in the outer reaches of the asteroid belt totals some $10,000 quadrillion.

It’s an astronomical sum, but NASA’s Psyche mission, which has now received approval to enter the final design and development stages before manufacturing begins for its 2022 launch, is actually after a much bigger prize… one of the secrets to how the Earth came to exist.

NASA scientists and researchers at Arizona State University believe that Psyche holds a key to understanding how planetary bodies are formed. The theory is that Psyche is actually the core of a planet that broke apart after a series of cataclysmic collisions.

Scientists hope they can get a look into the distant past of the solar system, when protoplanet encounters created Earth and destroyed other would-be terrestrial planets — like the one whose remnants are floating between Mars and Jupiter. 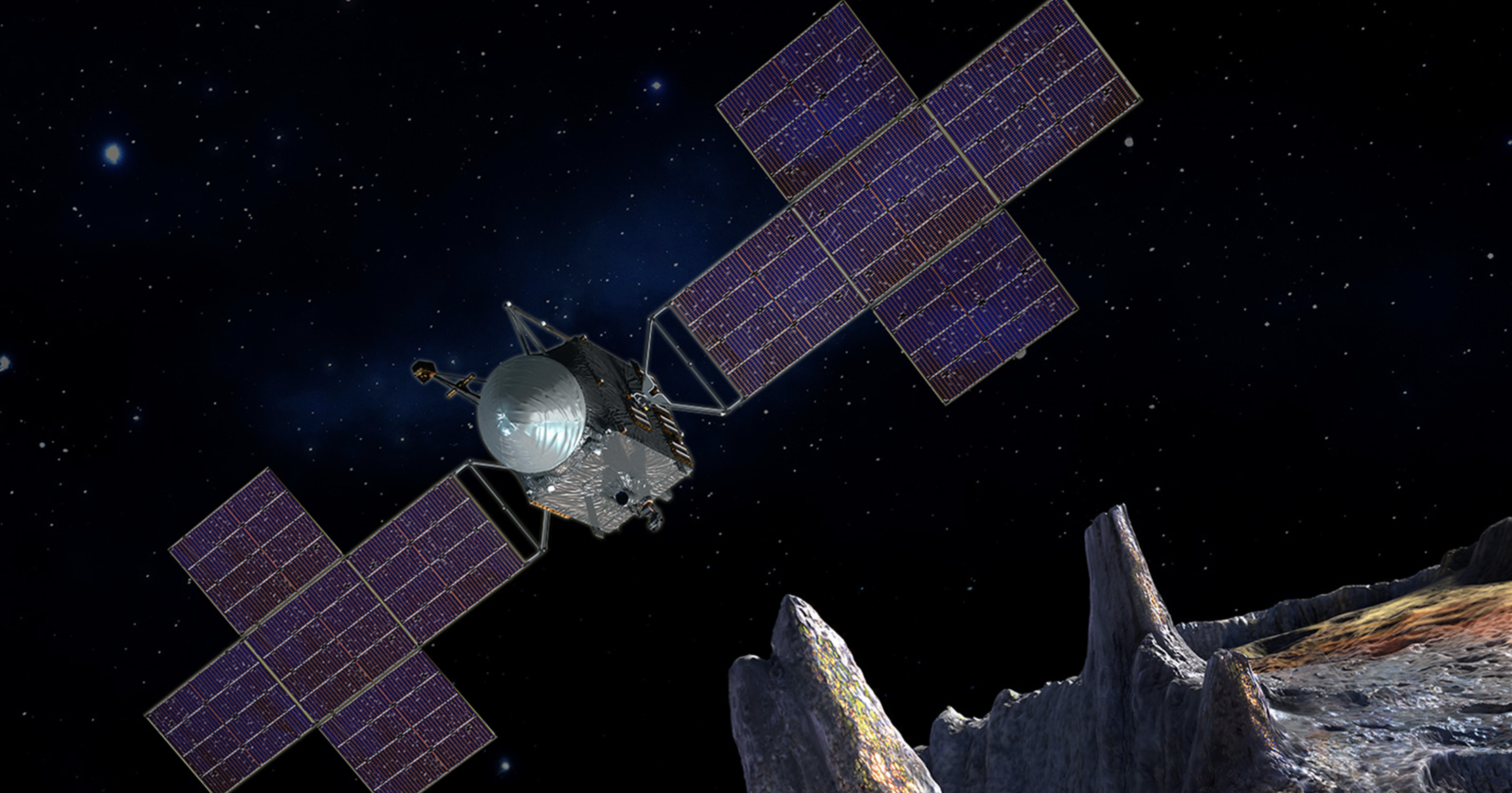 This artist’s-concept illustration depicts the spacecraft of NASA’s Psyche mission near the mission’s target, the metal asteroid Psyche. The artwork was created in May 2017 to show the five-panel solar arrays planned for the spacecraft. Image credit: SSL/ASU/P. Rubin/NASA/JPL-Caltech

“With the transition into this new mission phase, we are one big step closer to uncovering the secrets of Psyche, a giant mysterious metallic asteroid, and that means the world to us,” said principal investigator Lindy Elkins-Tanton of Arizona State University in Tempe, in a statement.

There are still three phases of mission planning that the Psyche team needs to clear. Phase D will begin in early 2021, and includes the final manufacturing and testing of the spacecraft along with the planned launch in early 2022.

Phase E will happen as soon as Psyche’s exploratory craft hits the vacuum of space, NASA said. It’ll cover the deep space operations of the mission and the collection of data for science. NASA expects Psyche will arrive at its eponymous asteroid on January 31, 2026 after buzzing Mars in 2023 (two years before Elon Musk predicted the first human astronauts would arrive).

Instruments on the Psyche craft will include a magnetometer designed to detect and measure the remnant magnetic field of the asteroid. A multi-spectral imager will be on board to provide high-resolution images to determine the composition of the asteroid (how much is metal versus how much is a silicate). The craft will also include a gamma ray and neutron spectrometer to detect, measure and map the asteroid’s elemental composition, and a new laser technology that’s designed for deep space communications.

Part of the NASA Discovery Program, the mission is being undertaken in conjunction with Maxar Space Solutions, which is providing the electric propulsion chassis, NASA’s Jet Propulsion Laboratory and Arizona State University.