SpaceX’s next mission for its Falcon Heavy high-capacity rocket is set for June 24, when it’ll take off from NASA’s Kennedy Space Center in Florida with 20 satellites on board that comprise the Department of Defense’s Space Test Program-2. That’s not all it’ll carry however: There also will be cargo pertaining to four NASA missions aboard the private launch vehicle, including materials that will support the Deep Space Atomic Clock, the Green Propellant Infusion Mission and two payloads that will serve scientific missions.

NASA detailed all of these missions in a press conference today, going into more detail about what each will involve and why NASA is even pursuing this research to begin with.

NASA’s Deep Space Atomic Clock mission, run from the Jet Propulsion Laboratory, will see a demonstration super-precise atomic clock into low Earth orbit, where it will act as a proof-of-concept for using this to deliver much more (like, orders of magnitude better) accuracy and precision when compared to ground-based atomic clocks. This is a key ingredient for future deep space exploration, including crewed missions to both the Moon and Mars, since space-based atomic clocks should help greatly improve outer space navigation.

Jill Seubert, Deep Space Navigator for NASA, explained that this is the world’s first ion-based atomic space clock. “It’s about 50 times more stable than the GPS atomic clocks we use,” adding that we currently have to navigate from Earth because the clocks on board spacecraft are really not very good at maintaining time accuracy. 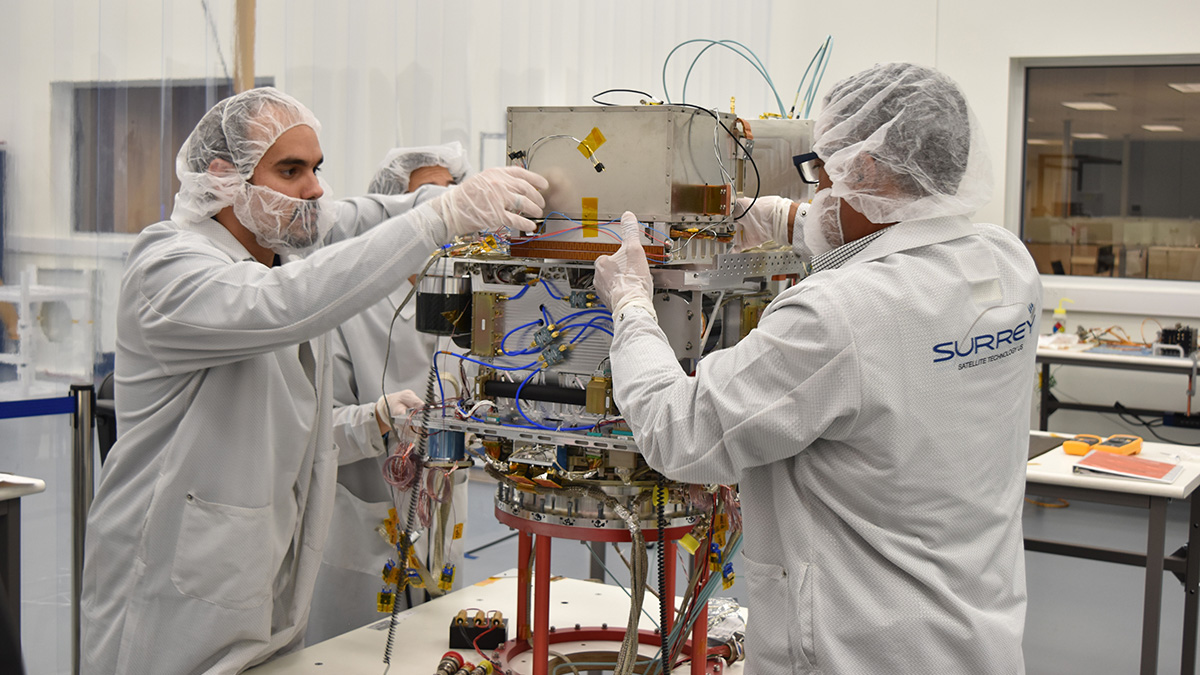 Seubert noted that her job — Deep Space Navigator — is essentially a spacecraft pilot. “To put my job in context,” she said, “It’s like me standing here in LA today and shooting an arrow, and hitting a target the size of a quarter, and that quarter is sitting in Times Square in New York.”

The problem with piloting today, she noted, is fundamentally one of time — we currently need to measure the echo of a signal back from a spacecraft in flight. To navigate space safely, Seubert and her peers effectively listen for the echo using instrumentation here, and measure to within 1 billionth of a second. The clocks we need to measure that accurately have been the size of a refrigerator, she noted. The new Deep Space Atomic Clock shrinks that to the size of a gallon of milk, making it feasible to include it on board spacecraft.

That will enable one-way tracking, when paired with data gathered by an onboard camera, using a signal from Earth to the spacecraft, or from the spacecraft to Earth, but with no round-trip needed. This allows for more efficient tracking across all flights, because you do less time sharing with an existing deep space network. It also enables “self-driving spacecraft,” as Seubert put it, which requires no direction at all from navigators on earth.

That could even enable astronauts working on other planets to take advantage of something like a “Google Maps, Mars edition,” Seubert said, with the confidence to rely on the accuracy of the information and automated navigation systems that make use of this tech.

Use of Deep Space Atomic Clock-based navigation can also enable travel to locations so far away that two-way communication just isn’t feasible or possible.

This research mission is the first space test of this technology, and will involve testing in low Earth orbit and is a key ingredient for proving its viability.

The Green Propellant Infusion Mission, or GPIM for short, will demonstrate a “green” alternative to the usual rocket fuel used in launch and spacecraft. It’s being run in tandem with Ball Aerospace, and will see a small satellite loaded with this alternative fuel (which is a Hydroxyl Ammonium Nitrate blend, for the chemists in the crowd) make use of it to demonstrate its viability as a space-based propellant. This is the first time the green fuel alternative will have been tested in space.

“Most people that work on spacecraft systems these days realize that when you’re flying spacecraft these days we’re relying heavily on heritage [technologies],” explained Christopher McClean, principal investigator for NASA’s GPIM at Ball Aersopace. The goal here is to help overcome industry biases that tend to favor these methods with proof of the viability of alternatives. This fuel is also non-toxic, as opposed to the highly toxic typical spacecraft propellants like hydrazine. 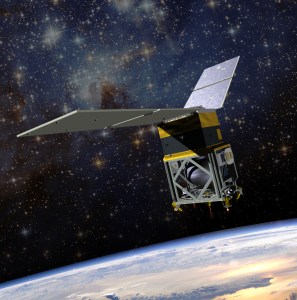 This is the third flight of this specific design of spacecraft (called the BCP-100), which is roughly the size of a refrigerator and has room for an experimental payload — this time around it’s going to be driven by the new green propulsion subsystem. This spacecraft will have five thrusters on board that will help test this propellant through various maneuvers to be performed. The combined capabilities of the propellant can also return the craft to Earth’s atmosphere at the end of its mission.

“We’re not leaving any orbital debris up there, which is part of the ‘green’ of this experiment, in my opinion,” noted McClean. Debate has renewed of late about the responsibilities of launch and spacecraft companies regarding orbital debris, sparked in part by SpaceX’s recent launch of part of its Starlink satellite constellation.

This new fuel is not only better-performing, but is actually easier to work with because of its non-toxic nature, and it can be transported in spacecraft, so that opens up the possibility of shipping fueled craft and also using it safely in research and academic environments, which is huge for unlocking work and study potential.

The Space Environment Testbed (SET — NASA loves acronyms) project that will fly through medium Earth orbit to help determine whether this region of space (called the “slot” because it slots between two radiation belts) has less radiation than lower-orbit space, which could make it a prime locale for navigation and communication satellites that are negatively affected by the radiation present in low Earth orbit.

NASA Heliophysics Division Director Nicky Fox explained how the SET payloads will be hosted on the Air Force Defense Science and Technology Group mission also going up aboard Falcon Heavy. She said that there will be four different kinds of hardware, designed to demonstrate how they perform under exposure to radiation.

It’s “very important for us to demonstrate how we can harden these,” and work with problems they encounter under these conditions, Fox explained. “We don’t want to be launching a battleship when a dinghy will do — these will help us look at the right kind of materials” and how best to configure them when designing tools and instruments for space-based use.

The experiment will also help with more research into the medium-orbit space itself, and why it behaves the way that it does. “Why is there a slot region, why does it behave like it does and why does it occasionally get completely filled with particle activity,” Fox offered as the kinds of questions it’ll help provide answers for. 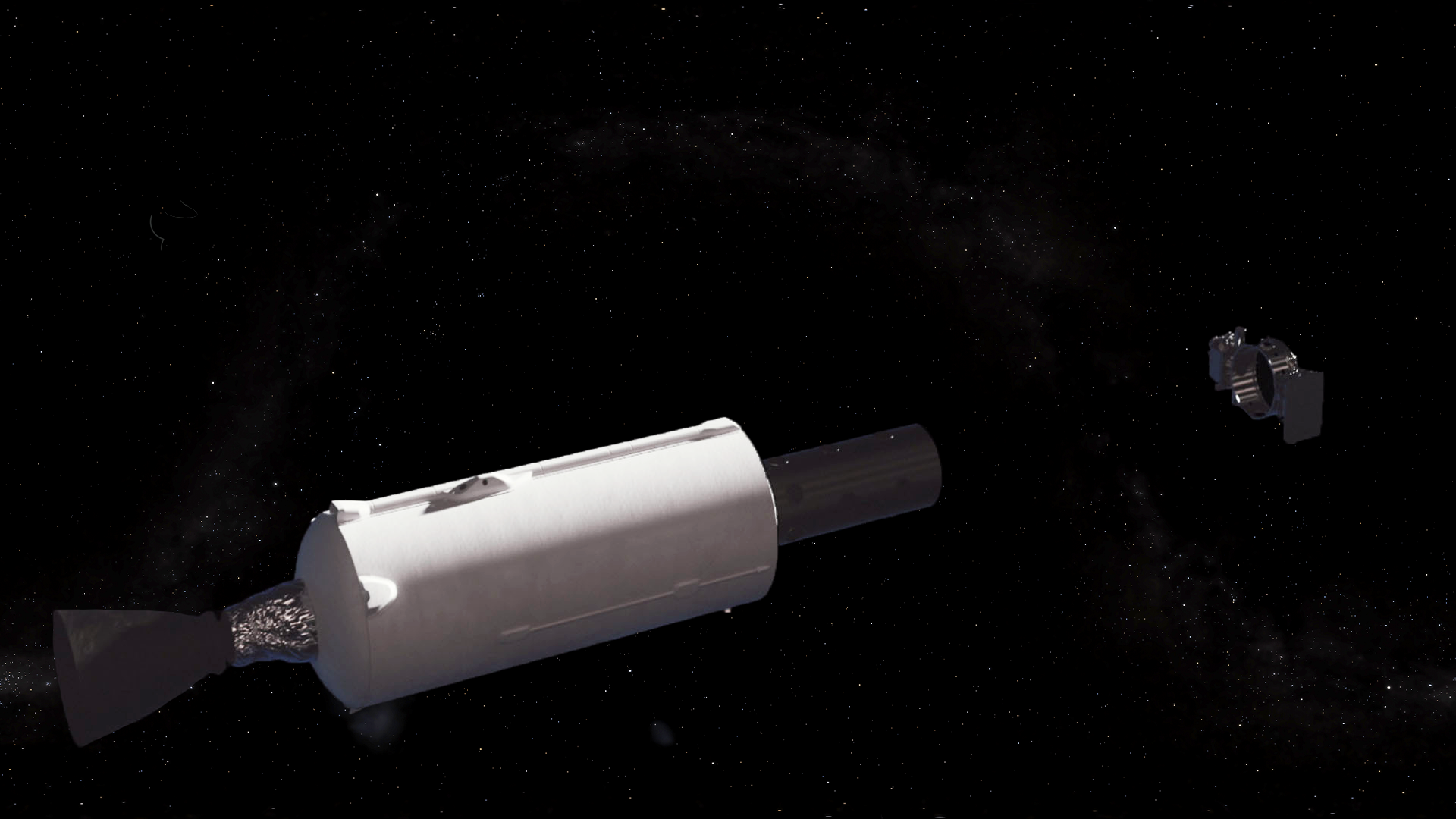 A render of a Space Environment Testbest.

The fourth and final experiment aboard the upcoming Falcon Heavy launch is the Enhanced Tandem Beacon Experiment, including two dedicated CubeSats operated by NASA that make up the Tandem Beacon Experiment. The “enhanced” part comes from work being done jointly with the COSMIC-2 (Constellation Observing System for Meterology, Ionosphere and Climate-2) — six micro satellites that will act in constellation and monitor Earth continually to gather atmospheric data that can be used to forecast weather, monitor the climate and observe and research space weather — yes, space has weather.

Rick Doe, a Senior Research Physicist at SRI International, explained that you can corrupt radio signals when you cross the ionosphere, and “radio waves are particularly susceptible to distortions” when they encounter disruptions to ions. We depend on these distorted radio signals for navigation on Earth, including commercial aircraft, so this distortion can be a key determinate when doing things like autonomously navigating aircraft. Being able to determine when signals are particularly distorted by concentrated distorting activity in the ionosphere can help make sure that autonomous navigation takes into account and forecasts for these things in order to help mitigate their impact.

It’s not about countering the effect of this activity — Doe notes that it’s like a tornado in terms of terrestrial weather: You don’t try to counter the tornado, you plan around it and its impact when you’re able to predict its occurrence. The program will provide similar prediction and mitigation abilities for solar weather.

SpaceX’s mission is currently set for launch on June 24 at 11:30 PM ET, and it’ll carry all of the above on behalf of client NASA. We’ll have coverage of the launch, so check back later this month for more.