The deal will see Line Pay become compatible with Visa’s 54 million merchant partner locations worldwide, boosting the service outside of its native Japan, where it has been pitched heaviest so far and where Line claims 80 million users.

The tie-up will allow Line users to use the app’s payment system even where Line Pay isn’t accepted. That’s through a ‘virtual’ visa card that’ll show up in the chat app.

Beyond that, the two sides said they will explore “ways for merchants to interact with the Line Pay service” and its digital wallet. That’s pretty lukewarm, and it’s hard to imagine that it’ll make much of a dent outside of Japan. Line’s three other major markets, in terms of users, are in Asia: Thailand (44 million), Taiwan (21 million) and Indonesia (19 million.) 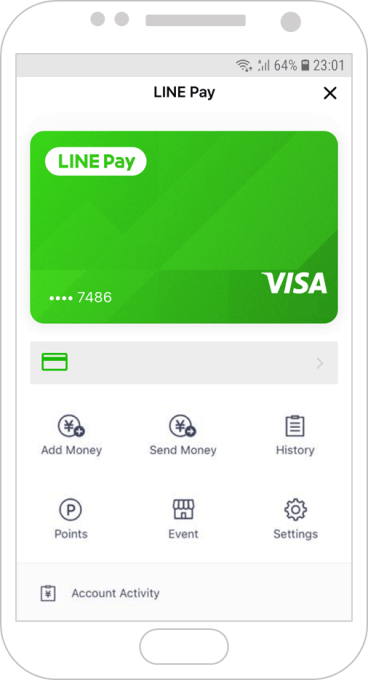 One intriguing element of the deal involves blockchain, which Line has jumped into with its own crypto token (Link) and a blockchain investment arm. Line said it’ll work with Visa around “new experiences based on blockchain” that could include international money transfers among other things.

Finally, as is often the case with Japanese tech deals, there’s also an Olympics focus — with Tokyo scheduled to host the summer games in 2020.

Mobile payments are one of the Japanese government’s big focuses ahead of the games — organizing its taxis through tech, is another — and, thus, Visa and Line said they plan to heavily promote their ‘cashless’ alliance ahead of 2020.

Line and Visa are far from the first to combine traditional and new payments. Paytm and Uber rival Ola in India have both launched cards in partnership with banks, while cross-border payment companies like TransferWise, Monzo and others have tie-ups with Visa and Mastercard to enable spending.