At its re:Mars conference, Amazon’s CEO Jeff Bezos took the stage today to be “interviewed” by Jenny Freshwater, Amazon’s director of forecasting. As any AWS machine learning tool could have forecasted, having an employee interview her boss didn’t lead to any challenging questions or especially illuminating answers, but Bezos did get a chance to talk about a variety of topics, ranging from business advice to his plans for Blue Origin.

We can safely ignore the business advice, given that Amazon’s principle of “disagree and commit” is about as well known as it could be, but his comments about Blue Origin, his plans for moon exploration and its relationship to startups were quite interesting. 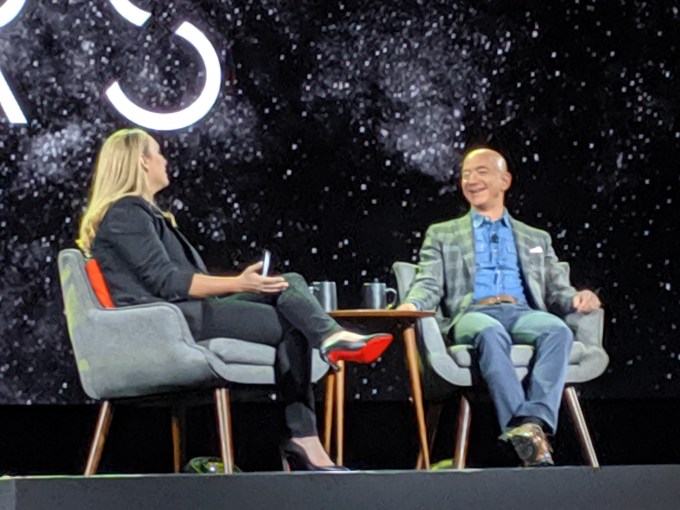 He noted that we now know so much more about the moon than ever before, including that it does provide a number of resources that make it a good base for further space exploration. “The reason we need to go to space is to save the Earth,” he said. “We are going to grow this civilization — and I’m talking about something that our grandchildren will work on — and their grandchildren. This isn’t something that this generation is able to accomplish. But we need to move heavy industry off Earth.”

Building up the infrastructure for this is obviously expensive, though. “Infrastructure is always expensive,” he said. “Amazon was easy to start in 1994 with a small amount of capital because the transportation system already existed.” Similarly, the payment system, in the form of credit cards, was already in place, as was the telecom network.

“You cannot start an interesting space company today from your dorm room. The price of admission is too high and the reason for that is that the infrastructure doesn’t exist,” Bezos noted. “So my mission with Blue Origin is to help build that infrastructure, that heavy lifting infrastructure that future generations will be able to stand on top of the same way I stood on top of the U.S. Postal Service and so on.”

The obvious follow-ups here would have been about how Amazon is now building its own logistics network and replacing the U.S. Postal Service with its own delivery services.

Once the Amazon space station opens, Bezos expects that the first deliveries will be of liquid hydrogen and liquid oxygen. “It’s going to be a small selection but a very important one,” he joked.

Either way, though, it’s clear that Bezos does see Blue Origin as having a vital mission for the future of mankind. In that, he shares his passion with Elon Musk and other space entrepreneurs. 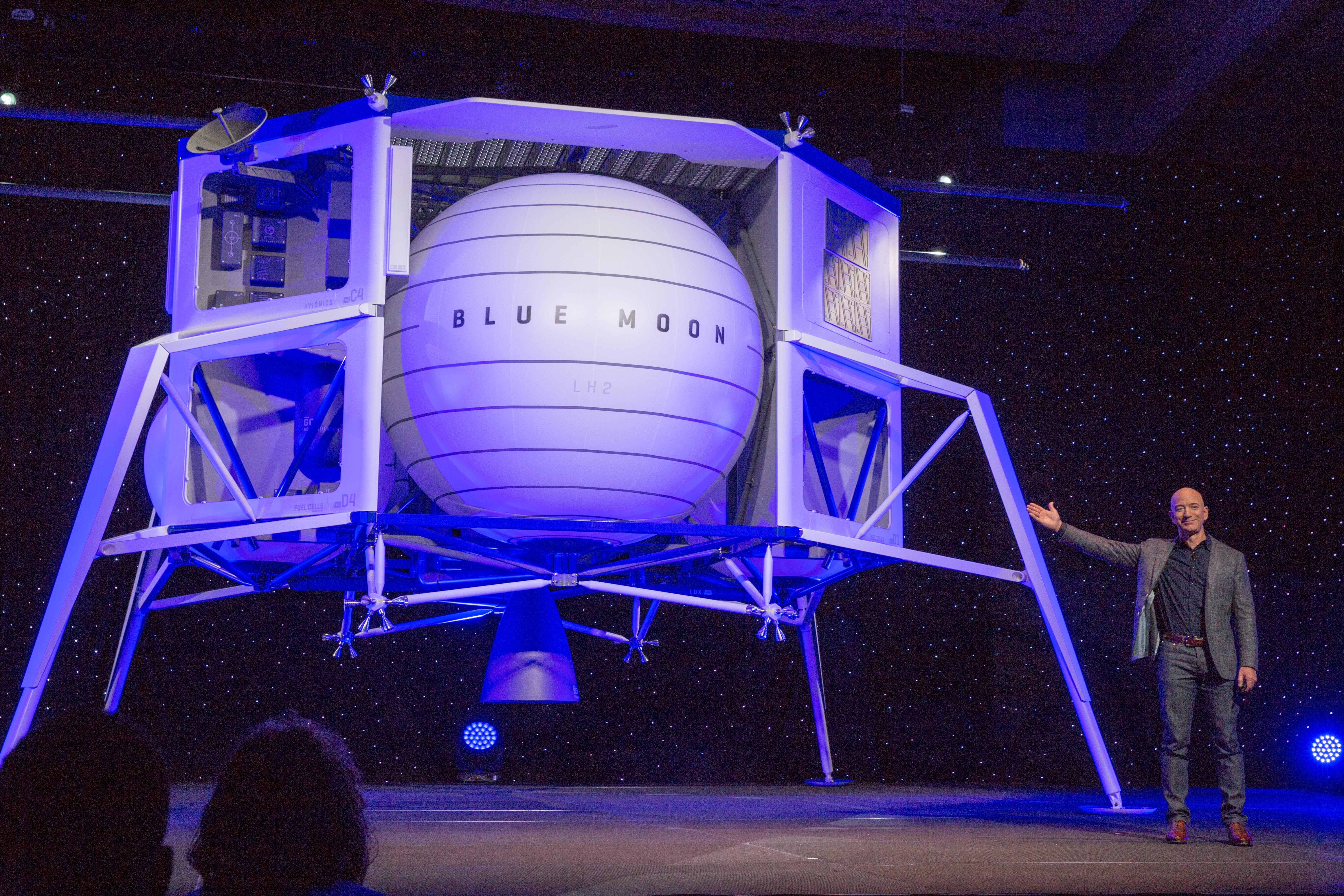 It’s worth noting that Amazon already offers satellite ground stations as a service and is looking to offer space-based internet access with Project Kuiper.

Bezos’s fireside chat was briefly interrupted by a protestor, who urged the billionaire to “save the animals.” As far as conference protests go, this one was pretty mild, though the fact that the protestor made it onto the stage probably means that Amazon will step up security at its next events and that somebody on the security team is going to have to disagree and commit.