Motorcycle racing series Supercross will add e-motos and more digitization to its franchise (aided by startups) in the near future, according to Director of Operations David Prater.

This fall, Supercross looks to launch its first EV class, starting with the earliest of early adapters: seven to eight-year-olds.

The series plans to convert its Junior Racing program, sponsored by manufacturer KTM, from gas to electric.

“They’ve been working on an electric 50cc equivalent motorcycle and their goal is to launch that in October,” Prater told TechCrunch. “We haven’t one-hundred-percented it yet, but it’s fairly close and we’re…going to race that electric KTM in October at the Monster Energy Cup.

KTM North America would not comment on adding EVs to the junior Supercross class. The Austria-based motorcycle manufacturer released its electric debut in the U.S. in 2018 — the Freeride E-XC adult off-road e-motorcycle. This made KTM the first of the big gas companies to offer a production e-motorcycle in the U.S. 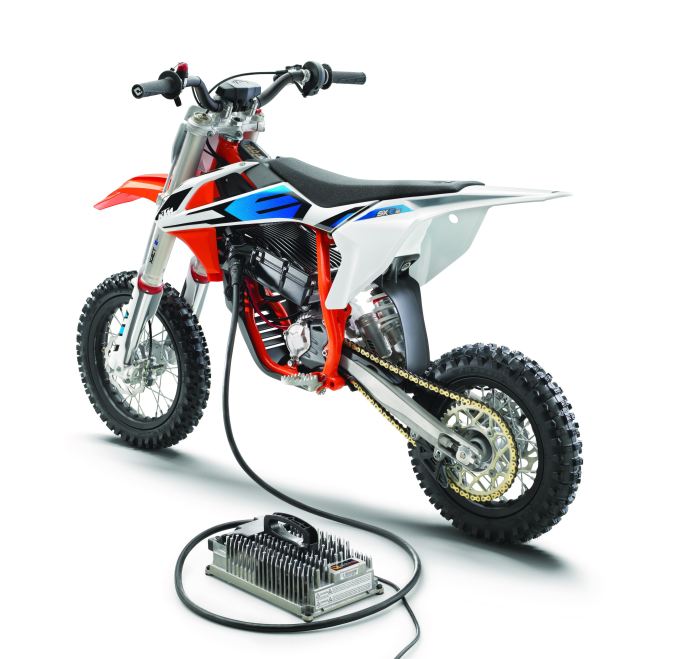 KTM unveiled its SX-E 5 (50cc equivalent) electric junior motorcycle in late 2018, saying in a release it would have a ride time of 25 minutes to 2 hours and be “available in North American dealerships in fall 2019.”

This will be the motorcycle to usher in Supercross’s first all-electric class in KTM’s Junior Racing competition later this year, according to Prater.

That program is embedded within the Supercross series and allows seven and eight-year-old girls and boys to race three laps on the same stadium track used by the adults in the main events. 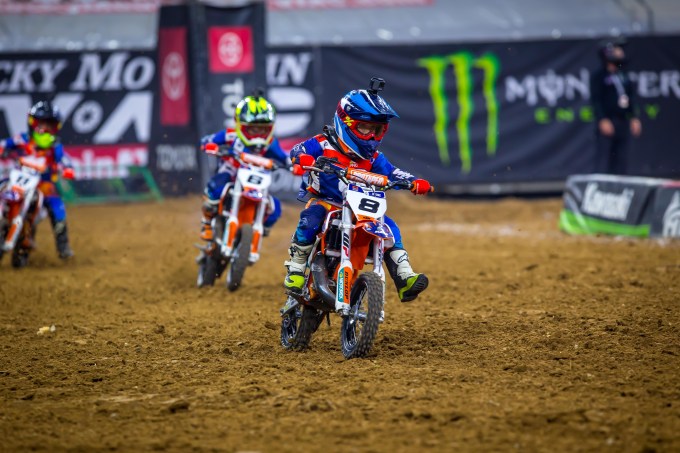 On shifting the juniors to e-motos, “It’s really exciting, and I think the strategy is let’s start with the small bike, put the kids on electric bikes, and grow from there,” Supercross’s Prater said.

Combining EVs and youth could roll up into a broader strategy of established companies and e-moto startups to revive interest in motorcycles to a new generation.

The U.S. motorcycle industry has been in pretty bad shape since the recession.

E-motorcycle startups such as Zero have worked to produce models that close gaps on price, distance, charge times and performance with gas motorcycles and attract a younger, tech-savvy market segment. 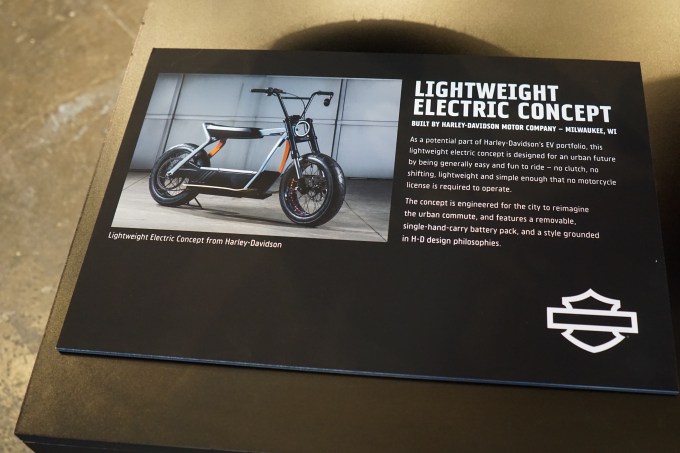 Harley-Davidson will enter the market this summer with its LiveWire. H-D has also indicated it plans a full electric pivot, with additional e-motorcycles in the pipeline, as well as e-bicycles and scooters. The Milwaukee company acquired kids electric bicycle maker StaCyc in March.

Supercross’s upcoming electric program with KTM is significant in that it will be one of the few all-electric motorcycle competition classes in the U.S., and likely the most visible.

The American Motorcyclist Association, the primary organizer of motorcycle competition in the country, allows e-motos to compete in trials and flat-track, according to AMA off-road racing manager Erek Kudla — they just have to race against other electric motorcycles.

One of the off-road specific e-moto startups, Alta, had been inching its way up to finding a way to compete with gas-bikes in Supercross and motocross, but went bankrupt before getting there.

As a sport, Supercross will create a big venue for the new electric junior class. The Feld Entertainment-owned series has an air time partnership with NBCSN and claims the title of America’s fastest-growing motorsport — which Prater quantified by growth in race attendance and broadcast ratings over the last five years.

In addition to adding the junior e-moto class, Supercross looks to further digitize toward more fan interactivity, cord cutters and viewers outside the U.S.

“We’re a young sport with a young demo, so we always want to be pushing the edge on the digital side,” Prater said.

He includes comparison for best practices. “We’ve been looking at NASCAR, the NFL and NBA and what they’ve done with e-sports and gaming and using that to increase their international appeal.”

NASCAR launched its own app — NASCAR Mobile — in 2013, where fans can track live-broadcasts, follow live race stats and video from inside race cars.

Supercross will explore similar digital options, including developing its video-game and VR functions, while seeking partnerships (including with startups) to link fans to race action, according to Prater.

“We’re shopping around for different possibilities, but I think the next step is an app that people can have at an event or sitting on their couch to connect to the sport live with,” he said. 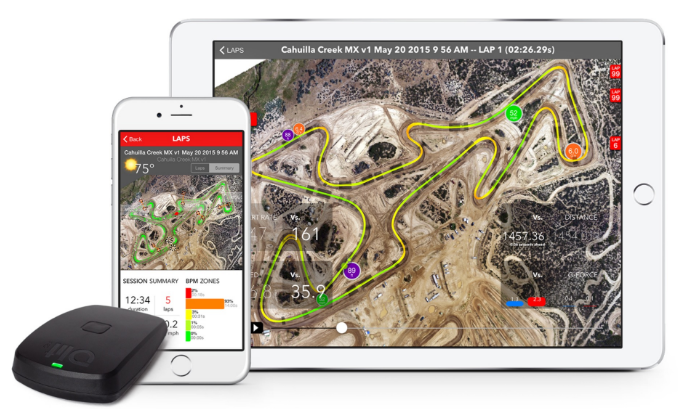 The sport is already working with one startup, LitPro, that could factor into a future mobile platform. The Southern California venture creates hardware and software that Supercross riders use to track motorcycle dynamics, rider biometrics and lap performance.

There’s still a question of if or when Supercross could convert more of its overall racing line-up to e-motorcycles.

While attending a stadium event this spring, several older fans told me they couldn’t imagine preferring e-supercross to the roar of 22 93-decibel gas machines reverberating throughout a stadium.

And that could be why Supercross and KTM are going all-electric with seven to eight-year-olds.

By the time they’re teenagers, e-motorcycles could be all they’ve raced or known — leading to different preferences from the gas-loving motorsports fans of today.