YouTube has made the weakest, least courageous response to mass backlash regarding its ruling yesterday that right-wing personality Steven Crowder’s racist and homophobic attacks on Vox video producer Carlos Maza didn’t violate its policies. Now YouTube says it’s demonetized Crowder’s channel because his “pattern of egregious actions has harmed the broader community” …but it will restore Crowder’s ability to earn a cut of YouTube ad revenue as long as he removes the link in his videos/channel to his offensive merchandise shop and fixes “all of the issues” with his channel. Specifically, Crowder’s shop sells [Warning: disturbing language not condoned by TechCrunch] “Socialism is for f*gs” t-shirts, baby onesies and beer-pong cups.

[Update: In the wake of this article and YouTube’s focus on his homophobic slur shirts, Crowder has removed the hateful merchandise from his store.]

The unwillingness to remove Crowder from YouTube counters the frequent calls by conservative politicians and pundits that they’re discriminated against on social media. Instead, it seems YouTube is too scared of being called bias to do what’s right and enforce its policies that dictate Crowder’s content or whole channel be removed. And even if Crowder does make YouTube’s required fixes, which it’s yet to publicly detail, he can still toe the line of its hate speech policies while promoting his merchandise shop within his videos.

To clarify, in order to reinstate monetization on this channel, he will need to remove the link to his T-shirts.

Sorry for the confusion, we were responding to your tweets about the T-shirts. Again, this channel is demonetized due to continued egregious actions that have harmed the broader community. To be reinstated, he will need to address all of the issues with his channel.

YouTube needs to completely rethink its approach to policy and enforcement here. Otherwise it’s likely to embolden harassers and bigots across the internet.

For those just stumbling into this social media policy dumpster fire, Canadia-American conservative commentator Crowder publishes politically inflammatory videos to his 3.8 million YouTube subscribers. They often include hosting bad faith “debates” with those who disagree with him, where he uses twisted rhetoric, aggression and obstinance to goad guests into getting angry so he can paint them as crazy and wrong. He’s also known for targeting specific media figures with verbal abuse, which leads his followers to harass them in en masse.

In this case, Crowder called Vox’s Maza a “gay Mexican” and “lispy queer,” amongst other hate speech-laden taunts across multiple videos. Last week Maza compiled a viral Twitter thread detailing the abuse and imploring YouTube to enforce its policy that bans hate speech and harassment.

Yesterday, YouTube tweeted its confusing and contradictory ruling from a review of Crowder’s videos. “While we found language that was clearly hurtful, the videos as posted don’t violate our policies . . . As an open platform, it’s crucial for us to allow everyone–from creators to journalists to late-night TV hosts–to express their opinions w/in the scope of our policies. Opinions can be deeply offensive, but if they don’t violate our policies, they’ll remain on our site . . . Even if a video remains on our site, it doesn’t mean we endorse/support that viewpoint.”

That makes zero sense considering YouTube’s policy expressly forbids this kind of content, and says it will be taken down. YouTube specifically bans content that’s deliberately meant to “humiliate someone,” that includes “hurtful and negative personal comments/videos about another person” or features hate speech regarding “ethnicity” and “sexual orientation.” Crowder’s content violates all of these rules, and so consistent enforcement would require its removal.

That’s why the public momentarily applauded today when YouTube announced that it suspended Crowder’s monetization. This still fell far short of what YouTube’s policies dictate, but it at least meant that Crowder couldn’t monetize his YouTube views directly, even if he could still promote his merchandise, live events and Patreo-paid subscription page. Then the internet got rightfully mad again when YouTube said he just had to remove the link to his homophobic t-shirt shop to regain monetization, given he could just promote the shop in his videos while still benefiting from his YouTube reach.

And then just as this article was published, YouTube made yet another flip-flop and apologized for all the confusion (that it caused by waffling). It now claims that “this channel is demonetized due to continued egregious actions that have harmed the broader community. To be reinstated, he will need to address all of the issues with his channel.” Yet YouTube did not respond to a request for details about exactly what must be changed.

At least in the wake of this article and YouTube’s insistence he delink offensive merch from his channel, Crowder has removed the “Socialism is for f*gs” merchandise from his shop. But he’s sure to find new ways to stoke his hateful base while avoiding a full YouTube suspension. 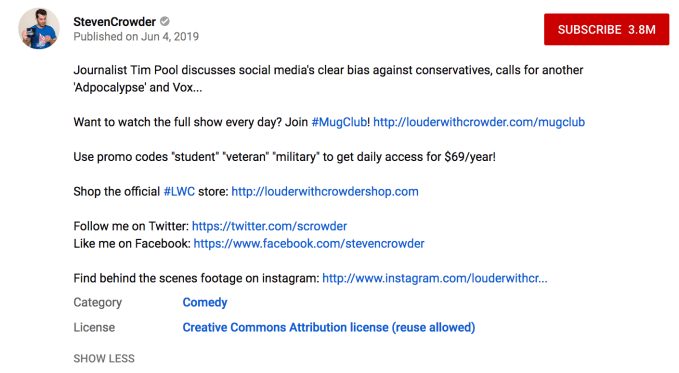 It’s tough to even know where to begin criticism of YouTube’s behavior here: 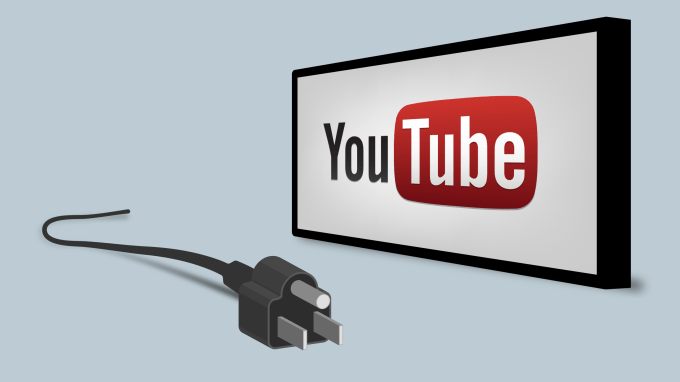 Hopefully this will be a turning point in news coverage and public perception of Google and YouTube. Facebook’s spread of misinformation and Twitter’s failure to police harassment have dominated the conversation of social media’s dangers to society. But it’s YouTube that willfully suggests the most salacious and eye-catching content to users to keep them watching ads, even if it’s promoting bigotry. And since it pays stars directly, unlike Facebook, Instagram, Twitter or Snapchat, it’s uniquely responsible for creating a profession out of hatred.

Perhaps this situation will lead to more calls from viewers and advertisers to #BoycottYouTube. But if members of the tech community really want to drive change, they should message their friends who work at YouTube or Google and ask why they work at a company that operates this way. That monetizes harassment and radicalization while refusing to take a strong stand against it. When backlash hits not just pecks at Google’s profits but harms its recruiting efforts in a brutally competitive talent market, that’s when we might finally see it do the right thing.