Tesla’s ZEV credit program isn’t a secret. The company has brought in nearly $2 billion in revenue since 2010 when it started selling regulatory credits to automakers that needed to offset sales of polluting vehicles in the U.S. And it’s a revenue stream that has been either lauded or criticized for years now as analysts and the media debate whether this helps or hurts Tesla’s bottom line.

But little was known, until now, about who was doing the buying and why — beyond the assumed reason to offset sales of vehicles that produce tailpipe emissions.

Meanwhile, GM’s first and only credit purchase has been more recent and with a specific mission in mind. GM already produces an all-electric vehicle, the Chevy Bolt, and until recently was making a plug-in hybrid, the Chevy Volt. These sales would seem to be more than enough to offset sales of its vehicles with tailpipe emissions.

And it has been. GM contends this is an insurance policy against future regulatory uncertainties.

“We do not need credits for compliance today, but purchasing credits is permitted under the regulations and is used as an insurance policy against future regulatory uncertainties,” a GM spokesperson said in an emailed comment.” The filing is a routine procedure that is used to protect interests in performance of contractual obligations.”

Typically, the ZEV credits have been purchased to meet California’s (and a handful of other states) stricter emissions regulations. GM’s comments seem to be aimed at protecting against federal regulations, even amidst efforts by the Trump administration to rolls back fuel economy and clean air standards that would presumably be friendlier to automakers.

But as Bloomberg and even Tesla’s own CFO Zachary Kirkhorn has noted, these ZEV credits stand to become a bigger part of Tesla’s business. A recent EPA report found that most large automakers used banked credits, along with technology improvements, to maintain compliance in model year 2017. Three large manufacturers achieved compliance based on the emission performance of their vehicles, without using additional banked credits, according to the EPA. The graph below, from the EPA’s report, shows how automakers have complied. 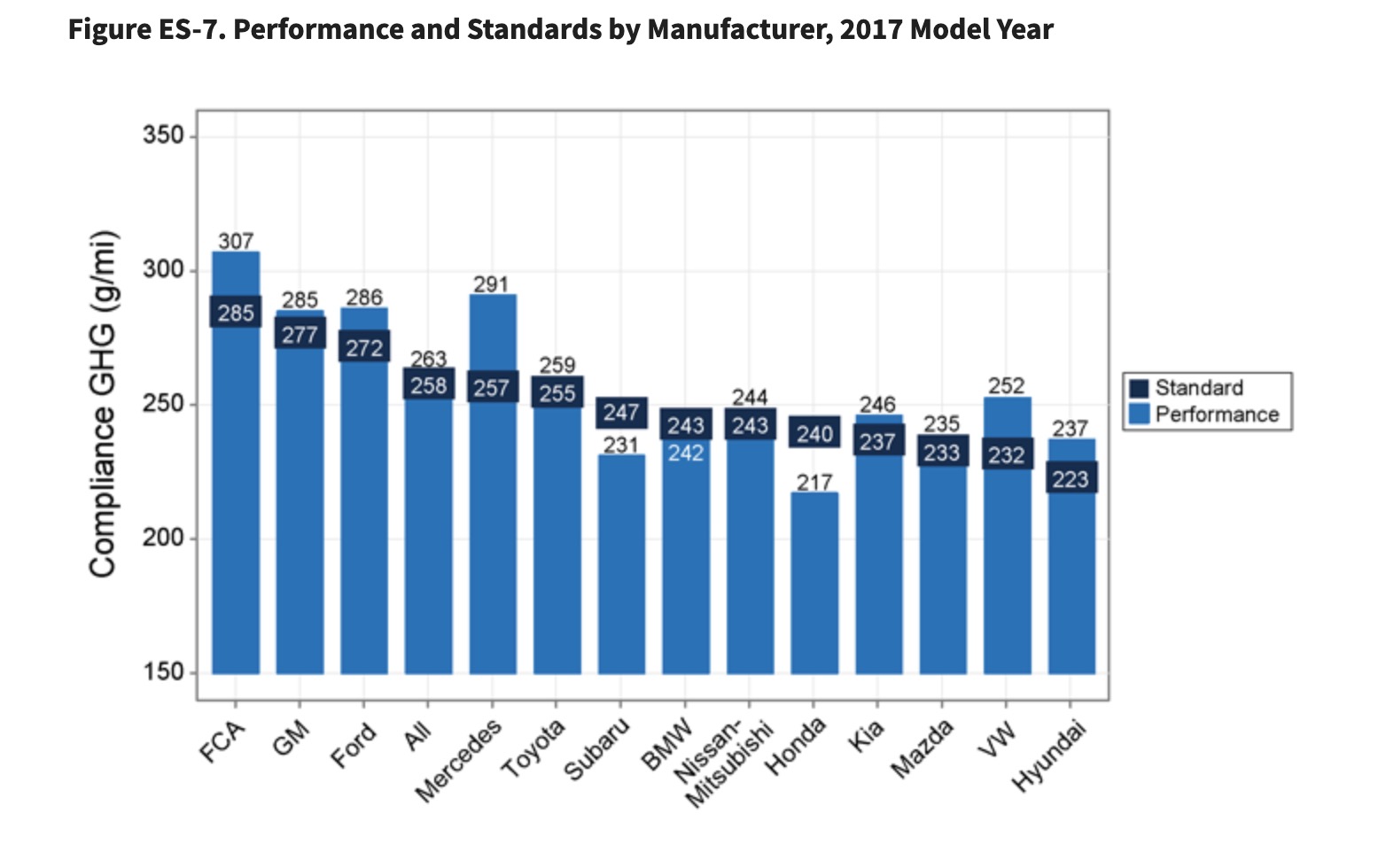 However, the EPA notes, 92% of those credits are set to expire at the end of 2021 if they’re not used. The EPA added that more than half of the current balance is held by three manufacturers, and the availability of these or future credits is inherently uncertain, suggesting a run on ZEV credits in the future.