Substack is launching a new feature called “community” — namely, the ability for newsletter publishers to create discussion threads, which can either be open to anyone or limited to subscribers.

The idea of starting a discussion thread where readers can argue about things like the season finale of “Game of Thrones” isn’t new — and even before now, Substack supported comments when newsletters are published online.

However, co-founder Hamish McKenzie said, “The dynamic that we’re seeing in the comments sections is completely different from the dynamics in these community discussions. They perform more like a Facebook Group.”

Co-founder and CEO Chris Best suggested that these threads are conducive to more substantive conversations, because Substack has worked on “getting the incentive structure right,” especially since you’re interacting with “like-minded peers” and an “author that you care about, and in a lot of cases are paying money to.” 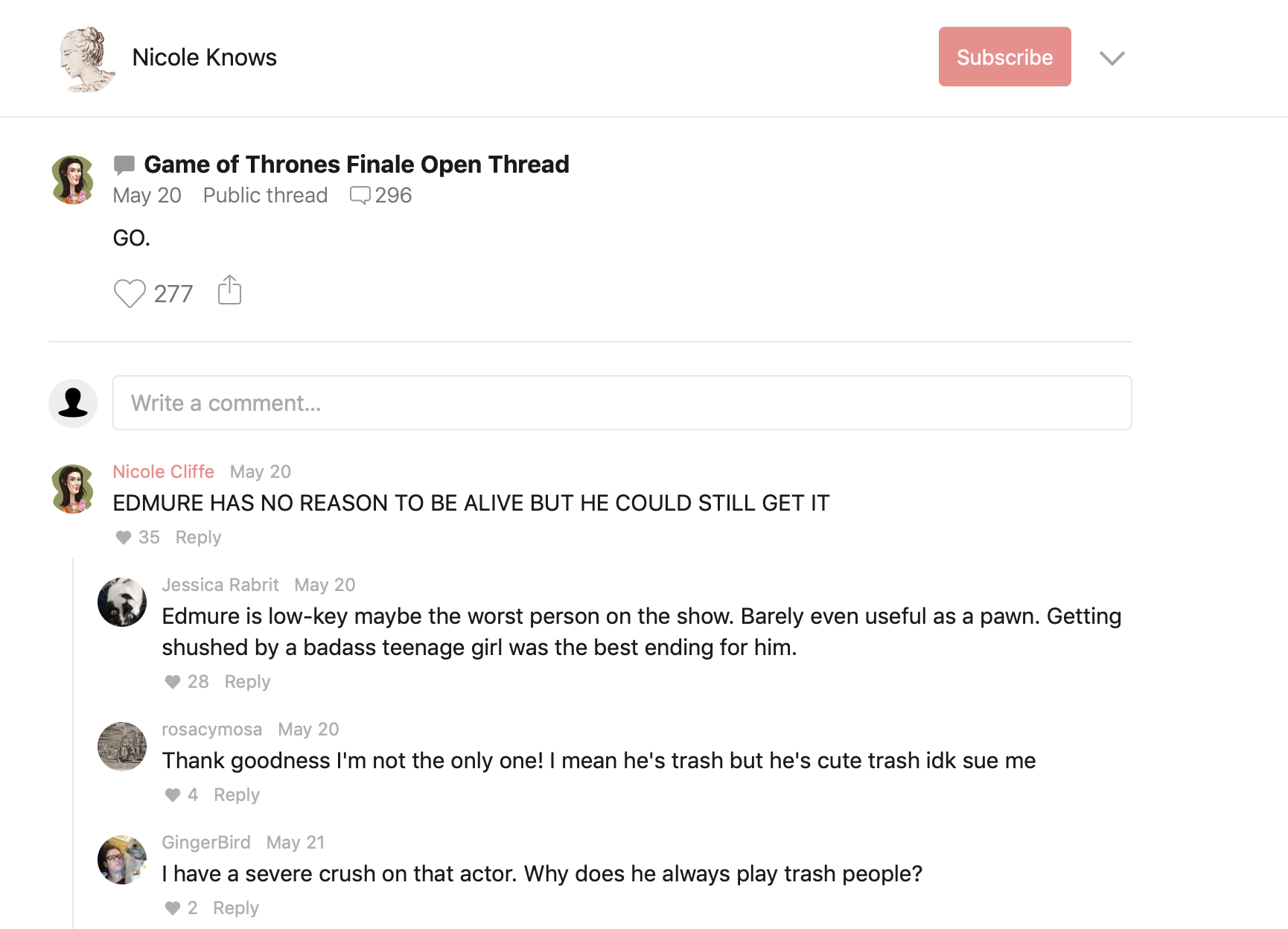 And for authors, it’s a way to build that sense of community, engaging directly with their readers in an ad-free environment.

Substack has been testing these discussions with authors like Daniel Ortberg and Nicole Cliffe, and today is making them available to anyone with a Substack newsletter. While the startup launched in 2017 as a way for newsletter authors to charge a subscription fee, it’s been adding new features like podcast support. As Best put it, “Our vision for what Substack is, is bigger than just being newsletters.”