Great Jones, a startup selling pots, pans and even an oven directly to consumers, is introducing a new way to get help in the kitchen.

Potline is a free text message service where anyone can ask for recipe ideas, or get advice when things are going wrong in the middle of the cooking process, or get tips on how to clean up afterwards. Great Jones co-founder Sierra Tishgart argued this is “a really natural extension” of the brand, particularly since the company has already been getting customer service queries that aren’t really about its cookware.

“It’s great to see someone write in to say, ‘Hey I’m cooking for my new girlfriend or boyfriend, and I want a roast chicken recipe,'” Tishgart said.

As for why it’s doing this via text message, she said, “We really want this to feel like that you are in the middle of making pasta and your sauce isn’t landing — how would you look for help there? I would text somebody. We really realized that is just the fastest, most immediate and natural form of communication.” 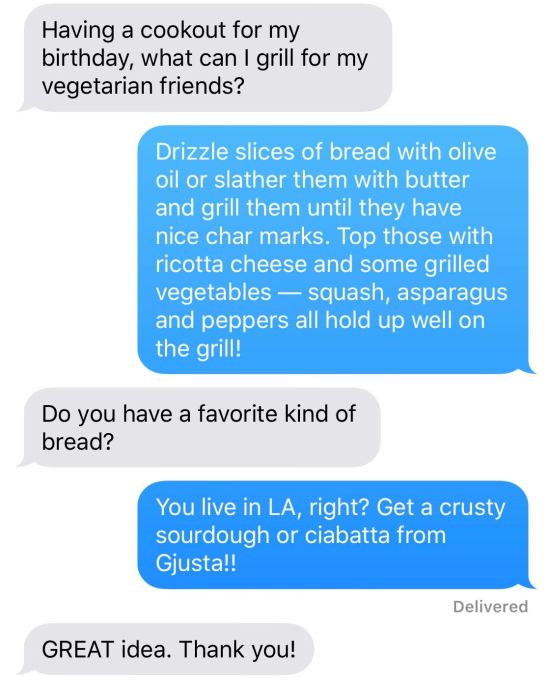 Initially, Potline will be available from 4pm to 8pm Eastern time on Monday and Wednesday evenings. That’s only eight hours each week, but Tishgart said you’re going to be getting real-time feedback from an actual human being — namely Great Jones customer experience lead Gaby Scelzo.

“We don’t have a large team doing this,” Tishgart added. “This is very much an experiment for us. Gaby is answering the questions. We’re on our own text thread with seven of us in the office contributing, but it’s really going to be relying on Gaby’s expertise [and] a large database of recipes.”

Of course, if it’s successful, Potline could eventually expand to other days and times. Meanwhile, you can try it out for yourself by texting 1-814-BISCUIT.

Move over Le Creuset? A new cookware startup founded by and for millennials is getting down to business