Apple is dismantling its aging iTunes software with today’s announcement that it’s launching standalone versions of its Music, Podcasts and TV apps for Mac users on the next version of macOS, Catalina. These same apps are currently available on iOS where they’re separate from Apple’s two marketplace apps, the iTunes Store and the App Store.

The company announced the end of iTunes today at its Worldwide Developer Conference, where Apple VP of Software Engineering Craig Federighi poked fun at iTunes’ bloat.

“Customers love iTunes and everything it can do. But if there’s one thing we hear over and over, is can iTunes do even more?,” he teased before jokily presenting a version of iTunes that bundles in other Apple apps like Calendar and Mail, which got a laugh. 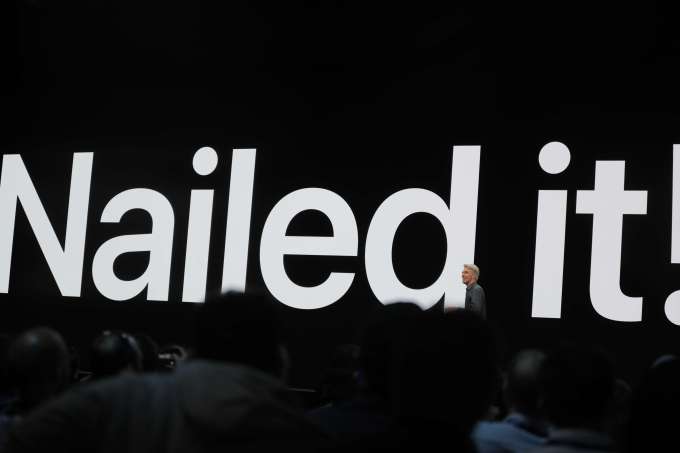 In reality, iTunes’ individual components are getting their own Mac apps.

The new Music app will be based on iTunes, and will support several standard iTunes features including smart and personalized playlists, library management, and Apple Music streaming as previously reported in a leak ahead of WWDC.

Syncing your iOS device, however, has been left to the Finder. That is, when you plug in your iPhone to your Mac, nothing happens on your screen. Instead, you can open Finder where you’ll find your device and all the syncing options there. 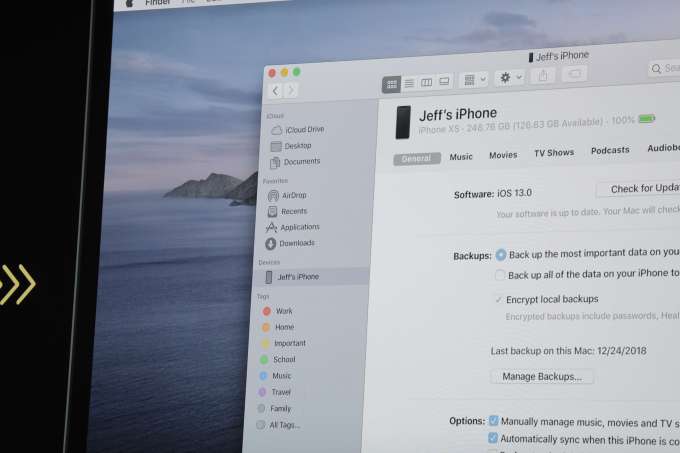 Meanwhile, the Podcasts app for Mac offers a way to search, discover, subscribe and listen to your favorite audio programs, much as it does on iOS. Your listening data will be synced across devices, and you can listen directly in the new app, as well.

But it’s also got a new trick: it will now use machine learning technology to index the spoken words in podcasts. That will allow you to find more podcasts — or even individual episodes — that reflect your interests. 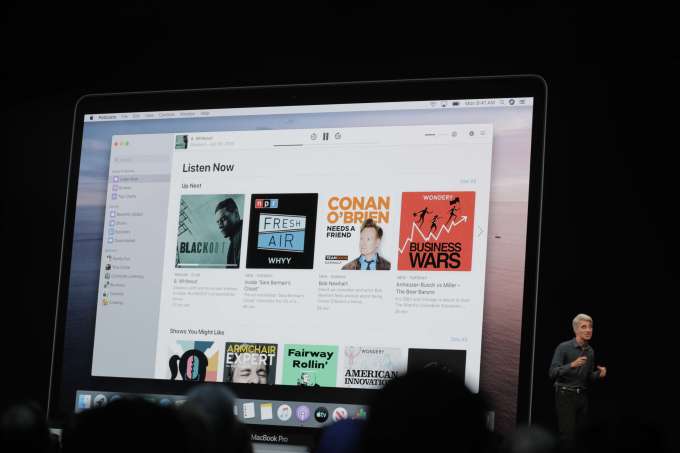 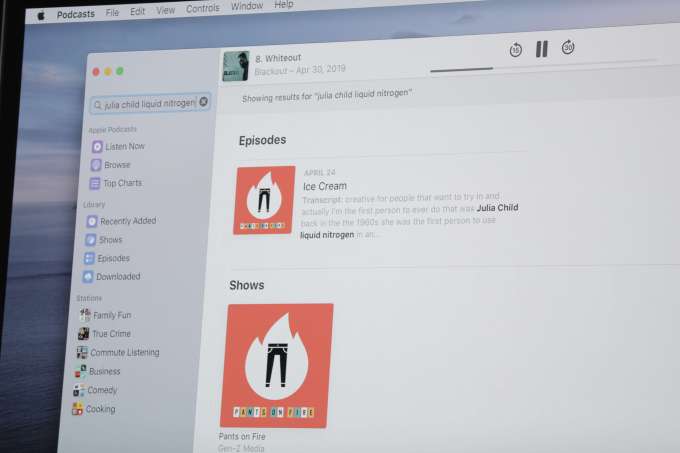 As on Apple TV and iOS, the TV app will allow Mac users to access third-party streaming services and premium channels, buy or rent movies and TV shows from Apple, authenticate with their cable provider to access content in “TV Everywhere”-powered apps, and stream the new original content from Apple TV+, launching this fall.

Apple had previously announced its intention to bring a TV app to the Mac, as part of its larger plans for its streaming TV service, Apple TV+

The new streaming service will include a variety of original content Apple has either funded or acquired, including TV series and movies. To make this content more accessible, Apple is also bringing its TV app to third-party platforms for the first time, including smart TVs, streaming boxes, and streaming sticks. 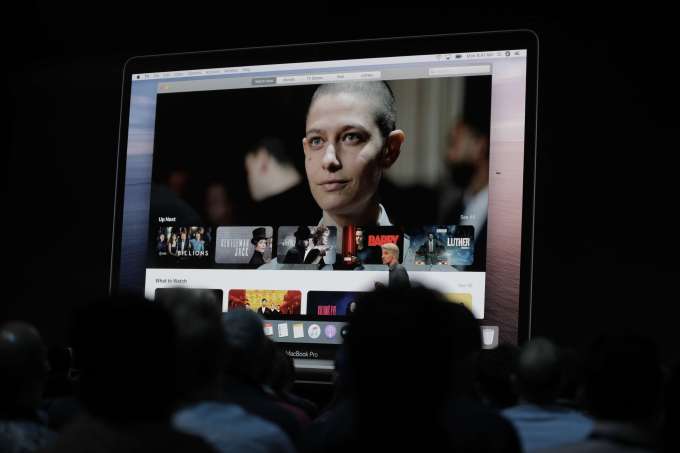 Apple first began porting some of its iOS apps to the Mac starting last year as part of a larger effort focused on making it easier for iOS apps to work on Mac.

At WWDC 2018, Apple announced its plans to port its own Stocks, News, Home and Voice Memos to macOS.

It clarified at the time that it was not “merging its operating systems,” as had been rumored. Instead, its Mac apps had been built using new technologies (reportedly codenamed Marzipan) that make it easier for developers to bring iOS apps to the Mac. Apple didn’t clarify on stage which technologies it used in breaking up iTunes.

There were hints ahead of today’s event that Apple was planning to shift some aspects of iTunes to their own, standalone apps. It shut down the social media accounts for iTunes on both Facebook and Instagram, and began to shift iTunes links to a new Music domain.

Rumors pointed to some minor updates for Apple’s Books app on Mac as well, but these were not mentioned on stage.