Varjo‘s VR headset was the best VR headset I had ever demoed; its dual display design with a micro-OLED sweet spot enabled insanely high-resolution views without requiring a supercomputer to power it. The company is looking to inject a bit more into the real world with its new developer kit that it announced today at the Augmented World Expo.

The XR-1, as it is being called, takes the headset and mounts a pair of cameras to the front plate, piping in high-def outside imagery into which it can inject real-time rendered content, leveraging the high-end GPU to which your headset is connected.

While devices like the Magic Leap One and HoloLens 2 focus on building nearly transparent display structures that allow users to see the real world with simulated imagery, pass-through mixed reality sends everything through external camera sensors, cutting the world off from a user’s naked eye but presenting a more precisely-blended version of AR. 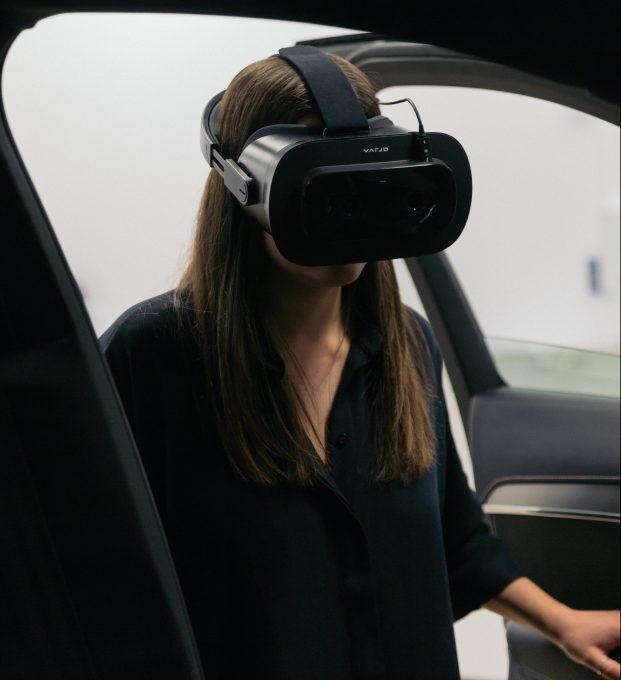 The Finnish startup has raised more than $45 million in funding.

“The XR-1 can show mixed reality with true-to-life fidelity you can only achieve using video-pass-through. Lifelike mixed reality is quite literally impossible to achieve with optical-see-through systems like HoloLens,” Varjo co-founder Urho Konttori said in a statement.

Alongside the XR-1’s release, Varjo is also detailing a deepening partnership with Volvo, which has now invested directly into the company. Volvo is utilizing the headset to help test new vehicle types and interfaces inside a partially rendered environment.

This is the best VR headset I’ve ever demoed

Apple’s 2017 purchase of Vrvana showed that there was some interest in showcasing how this passthrough mixed reality headset solution could bolster the technology, though Apple has already been investing heavily in pass-through mixed reality, just on its iPhones rather than headsets.

The XR-1 camera module is working with two 12-megapixel cameras piping what they see to your eyes in less than 15 milliseconds.

Varjo is a much more expensive solution than the already pricey options from Magic Leap and HoloLens; the XR-1 will likely see less usage on factory floors due to its form factor and is more likely suited for design and visualization needs. Given the base of the headset is the VR-1, needless to say it won’t be too difficult to switch between modes.

The company has yet to detail how much the XR-1 will cost when it launches sometime in the second half of this year, but the VR-1 retails for $5,995, so chances are it will be a tad costly.