When you watch 2001: A Space Odyssey, do you find yourself criticizing HAL 9000’s machinations and thinking, “I could do better than that!” If so, Observation may be right up your alley. In it you play a space station AI called SAM that is called upon by the humans on board to help resolve a deadly mystery — though you may be a part of it yourself.

The game takes place in the near future on board the titular space station, a sort of expanded version of the ISS. You are booted up by astronaut Emma Fisher after an unspecified event that seems to have damaged the station. You, as the Systems Administration and Maintenance AI, are tasked with helping her as she first tries to simply survive the immediate aftermath, then starts to investigate what happened.

To do so you perform various tasks such a digital agent would do, such as unlocking and opening hatches, checking for system errors, collecting information from damaged laptops and so on. It’s mostly done through the many cameras mounted throughout the station, between which you can usually move freely and change the angle so you can get at this hatch or that scrap of paper on the wall. 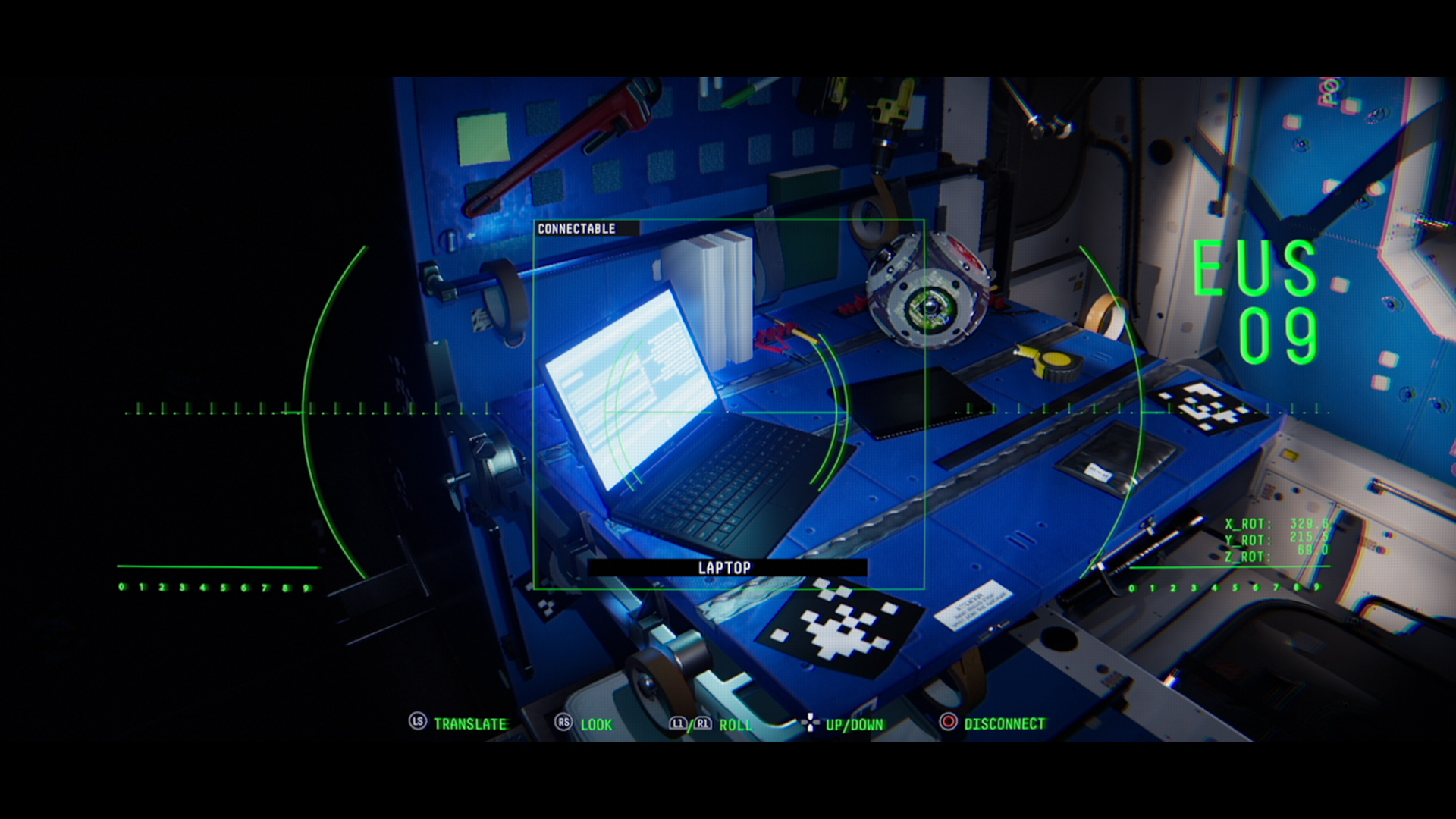 But from the beginning it’s clear that this is not a simple case of a micrometeorite or some other common space anomaly. I won’t spoil any of the surprises, but suffice it to say that like in 2001, the mystery runs deeper than that, and SAM itself is implicated.

Observation is a puzzle game that plays out in real time, though you are rarely presented with a task that needs to be completed in a rush — your commands are rarely an urgent “Open the pod bay doors, SAM!” and more “Something’s wrong with the cooling system, so this hatch won’t open, can you look into it?”

And so you search using your cameras for, say, the server that controls that system, or the scrap of paper that has its schematic so you can reboot it. These solutions are usually just a matter of being, well, observant, but occasionally can be frustrating gadget hunts where you don’t know what you’re looking for among the busy background of a working space station and the detritus of the disaster.

If you’re having trouble with something, chances are you’re overthinking it. I had to look up the solution to one situation, and it turns out I had simply overlooked some interactive objects because they looked so much like background. (For the record, it turns out you can turn stuff on and off at power outlets.) 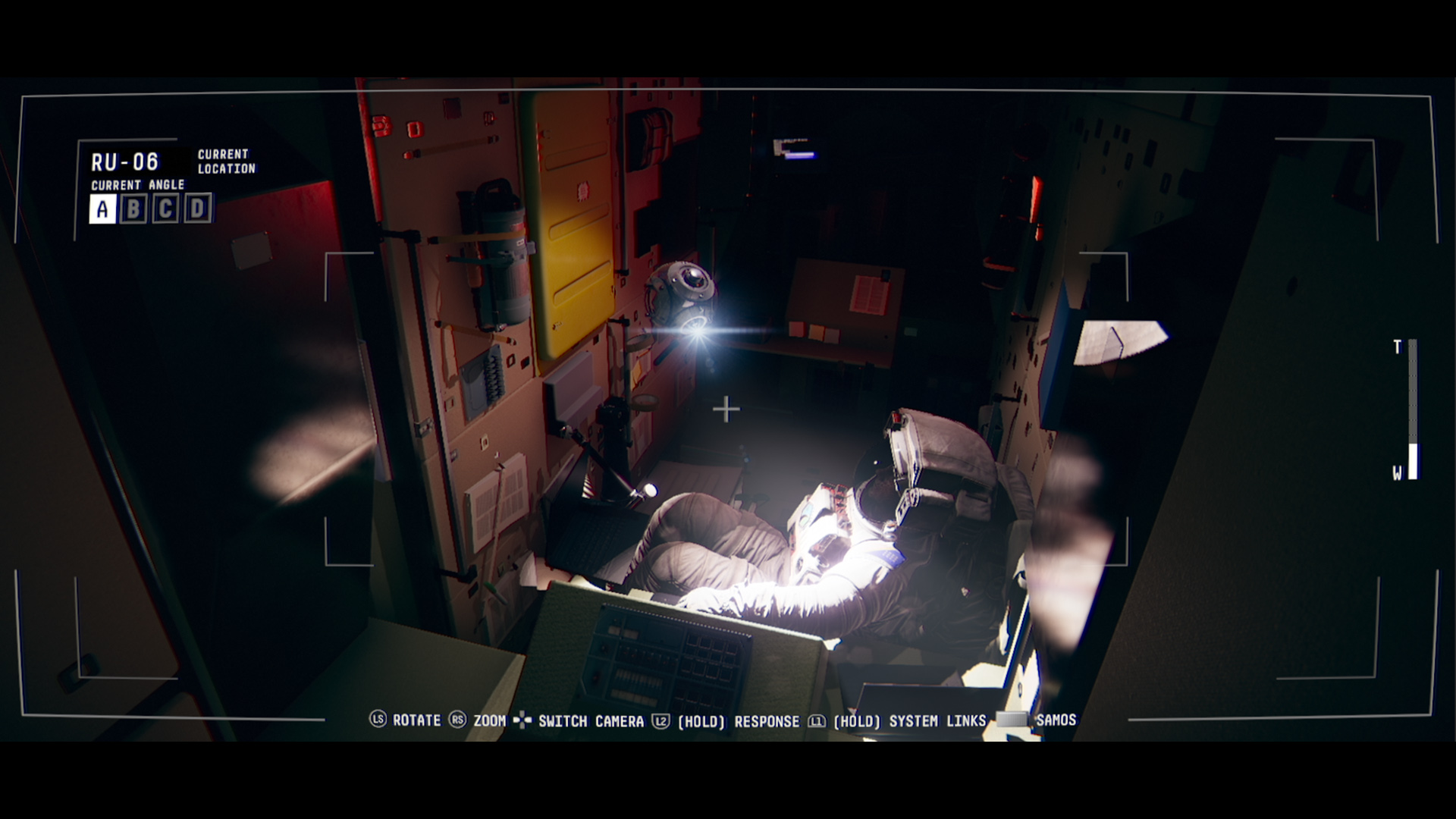 When you have to operate something, like an airlock, there is usually a little minigame to complete in which you must figure out which series of buttons to hit or hold — nothing too taxing, just a way to make it so you aren’t just pressing the Action Button all the time. The controls can be a bit clunky, such as one that had me hold down s to do one thing, then press and hold w at the same time. Do they not understand the same finger does both those things? Fortunately you can remap controls and although mouse movement is a bit stiff, there’s no need for twitchy response time.

Although the puzzles are a bit simplistic, it’s a pleasure navigating the station because it is so beautifully realized. The creators clearly did a ton of research and Observation, that is to say the station, is a convincing 21st century operation — cameras and laptops are stashed everywhere, and there are sticky notes from the Russian and Chinese denizens, luggage and experiments tucked away or half finished. 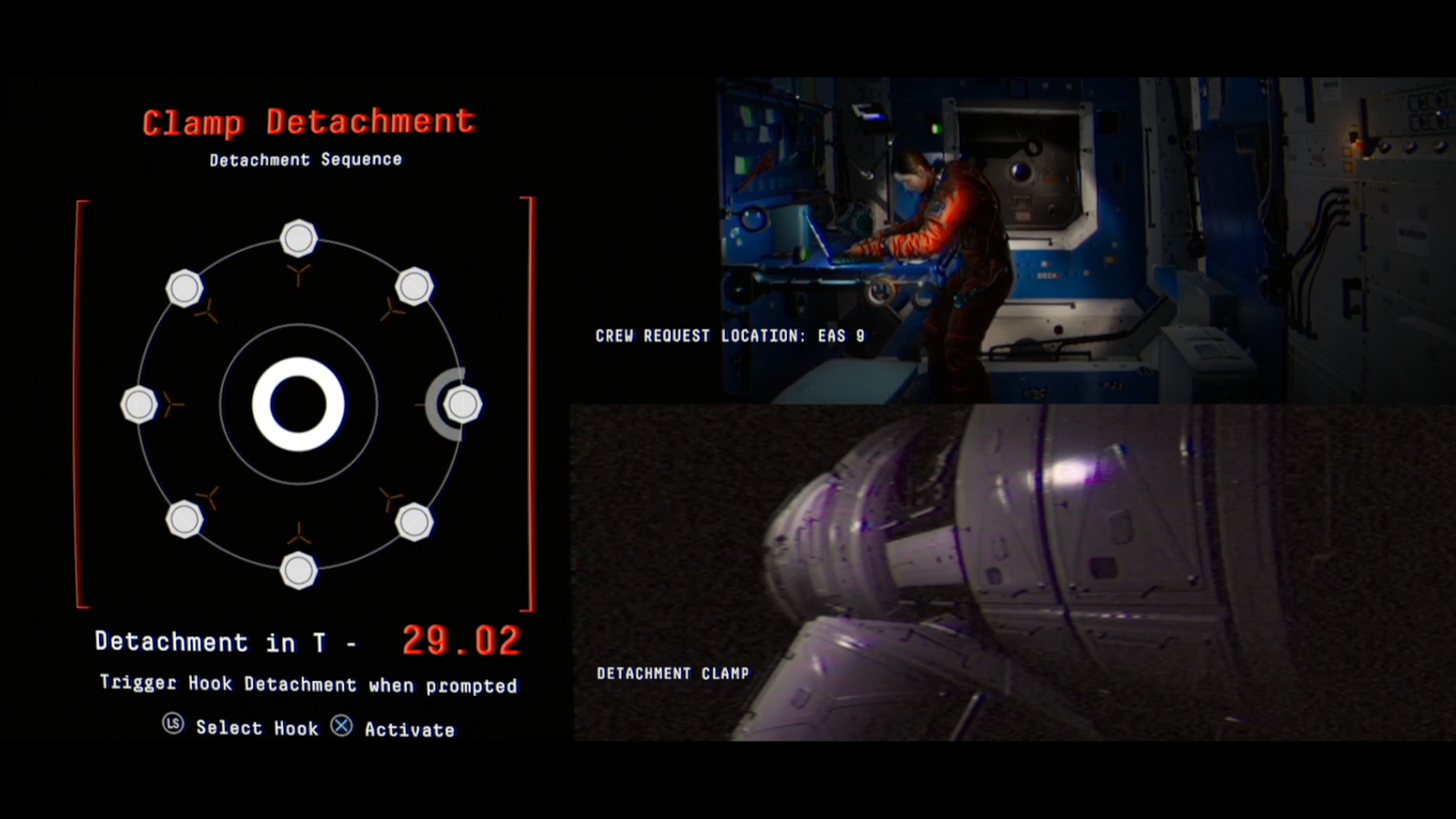 It’s also all viewed through a combination of post-processing effects that make it all feel like you really are viewing it through a security camera system. These effects are a bit inconsistent — at one time you’ll hear what sounds like the whine of an 80s drive or system spinning up; others reflect a sort of Windows 98SE aesthetic; your own interface looks like something out of Terminator. It isn’t cohesive, exactly, but the truth is neither are the systems on board the ISS and other space hardware. And it’s a nice touch that lets the developer differentiate each part of the station and the different devices you connect to.

The modeling of the main character, Emma, is also excellent, though lapsing a bit into uncanny valley territory due to some clunky animations here and there. Maybe it’s just the microgravity. But one thing that can’t be faulted is the voice acting — Emma’s actor is brilliant, and other voices you encounter are also well done. Considering the amount of dialogue in the game, this could have been a dealbreaker, but instead it’s a pleasure to hear. Ambient audio is likewise lovely — wear headphones. 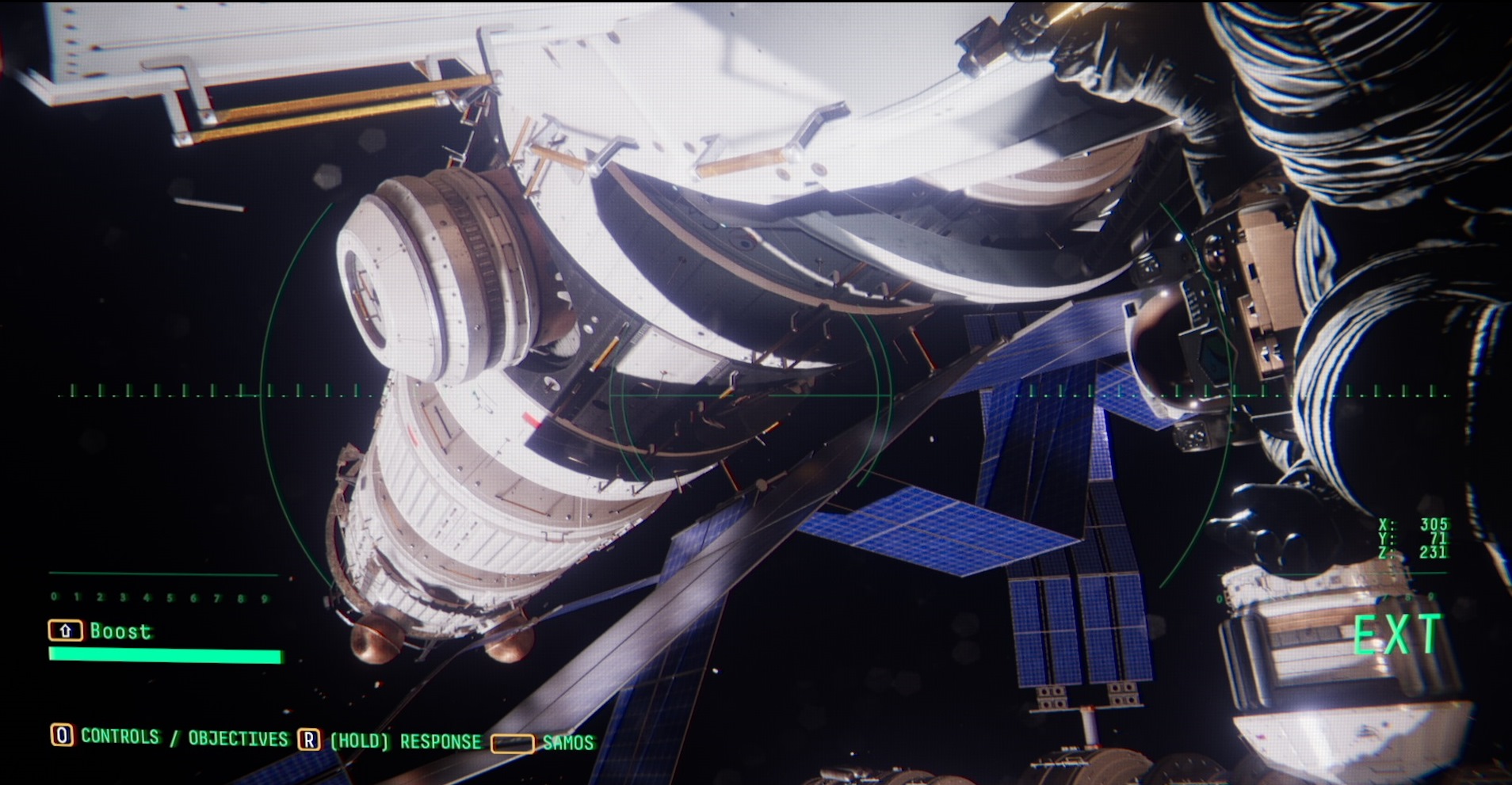 The atmosphere is oppressive and tense, but not exactly scary; don’t expect a xenomorph to bust out of any vents, but also don’t expect Space Station Simulator 2019. This is a serious, adult (though not explicit or violent) sci-fi narrative and, from what I’ve played, a smart and interesting one.

I haven’t finished the game (which was sent to me in advance for review… but I’ve been in an intense love/hate relationship with Mordhau), but based on what I’ve played I can easily recommend Observation to anyone with a mind to take on mildly difficult puzzles and experience a well-presented story in a carefully crafted environment. Space buffs will also enjoy. At less than $25 right now (less with this week’s sale going on), I’d say it’s a no-brainer.

Observation released earlier this week on the Epic Games and PlayStation stores.