The only way to beat laziness is with guilt, so that’s what Future sells. It assigns you an actual human trainer who builds personalized workout plans and messages you throughout the day to make sure you’re doing them. It even gives you an Apple Watch to track your activity and ensure you’re not lying. Future actually got me to the gym where my coach kicked my ass remotely with a 30-minute lifting routine I’d never have stuck to by myself.

The catch? It’s probably the most expensive app you’ve ever seen, charging $150 per month.

Future officially launches today. Luckily it comes with a one-month money-back guarantee that CEO Rishi Mandal says has only been redeemed once. It’s produced some stunning stats from its beta tests: 95% of users stuck with it for three months, and 85% kept training for six months. That’s unheard of in fitness tech. 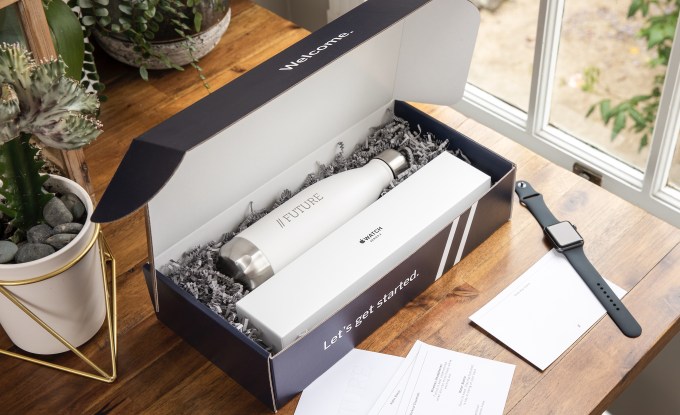 The remarkable retention and Future’s potential to become a gateway for your exercise and nutrition spending have roped in some big-name investors. Today it’s announcing an $8.5 million Series A led by Kleiner Perkins with partner Mamoon Hamid joining the board, building on its $3 million seed. Other backers include Instagram co-founder Mike Krieger, Khosla Ventures, Founders Fund and Caffeinated Capital. Athletes are betting on Future’s promise of democratizing the personal training they get, including Golden State Warrior Sean Livingston, and NFL stars Ndamukong Suh and Kelvin Beachum.

“Future manages to be both deeply personalized (and personable!) while being super convenient,” says Krieger of one of his first investments since leaving Instagram. Future’s Mandal built his old startup Sosh while sitting next to Krieger at incubator Dogpatch Labs, where Instagram was getting its start. “The always-available nature of it means travel or a shifting schedule is no longer an excuse to not work out.”

How Future works (out)

Throughout the onboarding, Future flexes the money you spend to offer what feels like a luxury app experience.

Upon signup, you’ll answer some questions about your goals like slimming down or beefing up, and pick from a few expert trainers matched to your needs. You’ll do a 15-minute video chat with your trainer to get friendly, describe your schedule and hammer out details of your workout plan. After you get your welcome kit with some swag and an Apple Watch, your trainer delivers your week’s worth of personalized daily routines that come with video instructions for each exercise. The Future app provides audio cues (and optional music) to guide you through the workouts while your trainer chimes in with personalized pointers and motivation via pre-recorded voice clips. 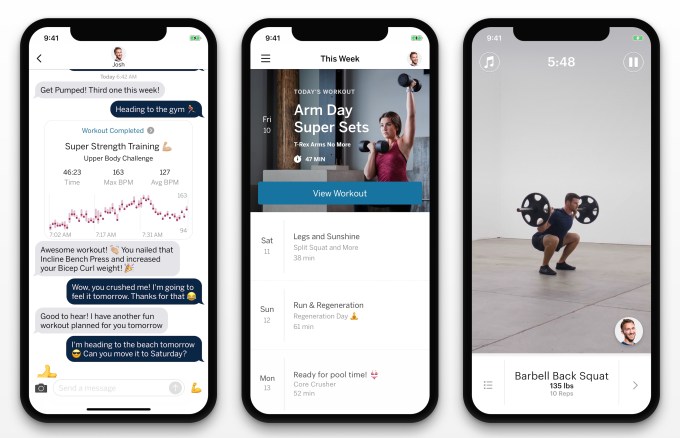 But what’s unique about Future is that your trainer proactively checks in with you throughout your day to make sure you’re actually going to the gym or doing those pushups. Because you don’t switch between trainers with each workout like some apps, and because they have your activity and heart-rate data from the Apple Watch, they can spot patterns of procrastination or flaking out. You’re prompted to give feedback after each sweat session that the trainer uses to tweak your plan. That personalization and prodding go a long way to making sure Future always fits your day and actually stays part of it.

For example, I wanted to burn a few pounds without burning too much time by adding a gym day or two plus some warmup strength training before my home Peloton rides. My trainer Renee Zernicke, a former University of Wisconsin director of Sports Performance for basketball, designed a 30-minute weight-lifting circuit and some 10-minute bodyweight exercise plans for me. When I messaged her that I was doing a more intense spin class today, she remixed my warmup exercises to avoid legs so I wouldn’t be tired during my ride. So far she’s always responded within a few minutes, and been cheerful yet forceful. “I know your days are slammed, just wanted to check in and see if you were able to get to that spin class?” she messaged me at 6:30pm. That’s something even most in-person trainers don’t do. 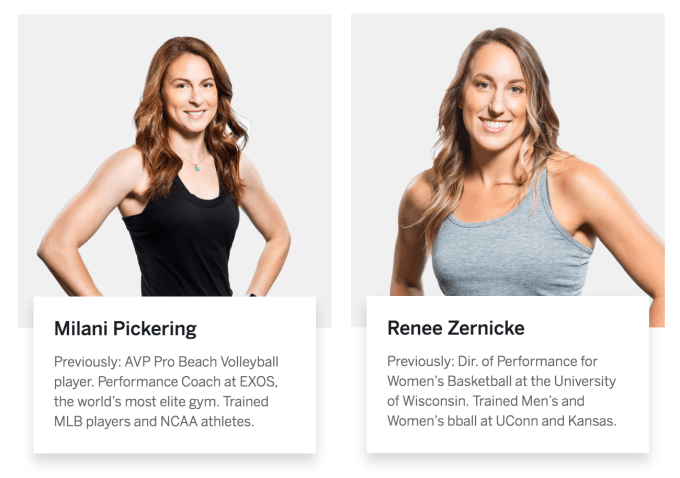 I found most of the workout instructions easy to understand, and the audio cues make it easy to do routines without constantly staring at your phone. But the one thing you really lose with a text message trainer instead of an in-person coach is warnings when you’re doing something wrong. Bad posture or jerky motions could get you injured. It’s all a lot smoother if you know your way around a gym. Future could do more to gauge your familiarity with proper form for riskier exercises, and then either teach you or steer you away from them. I hope I’m so sore today because I’m getting built, not getting hurt. 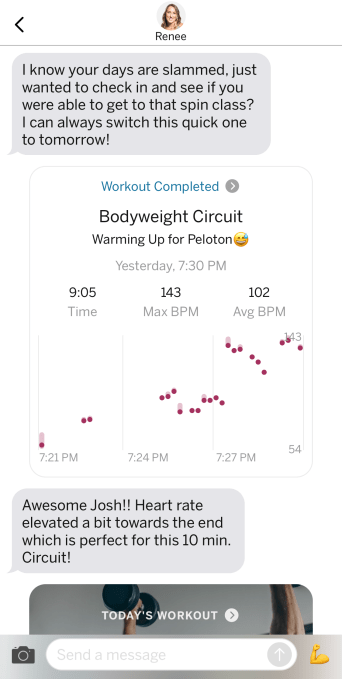 My trainer Renee encouraging me to get to the gym

Future was inspired by some scary facts. “Seventy percent of Americans are obese and overweight,” Mandal tells me. “We spend $3.5 trillion per year on healthcare, yet we have pretty mediocre outcomes.” Mandal had gone through Stanford, worked at NASA and been at Slide when it was acquired by Google. After selling his local experience app Sosh to Postmates, he became an entrepreneur-in-residence at Khosla Ventures, which does many medtech investments. There, Mandal realized health is largely determined by how you eat, sleep, deal with stress, take your medicine and exercise.

Thanks to smart watches, that last one had become the easiest to measure while remaining the toughest to do right on your own. Mandal set out to learn what the fittest people, professional athletes, do for exercise. They all said they relied on personal trainers to make all the workout plans and force them to do them. Home gyms or apps full of pre-made exercises weren’t enough. They needed someone to keep them accountable.

The trouble is that’s pretty expensive one-on-one. So Mandal teamed up with Justin Santamaria, a 10-year Apple veteran from the first iOS team who’d been working on iMessage and FaceTime. Together they designed Future in 2017 to make personal trainers cheap enough to be more accessible while retaining the personal connection that keeps trainees on track.

If you won’t shell out $150 per month to be nagged, there are plenty of apps like Sweat that let you choose between guided workouts. Hell, if you’ve got that much will power you could get any gym membership or just go running. But the closest thing to Future, called Fit.net, folded. AI trainers like Freeletics can’t make you feel guilty or inspired the same way. Lose It and MyFitnessPal can get fellow trainees to badger you, but Mandal found people don’t obey peers like a respected trainer. 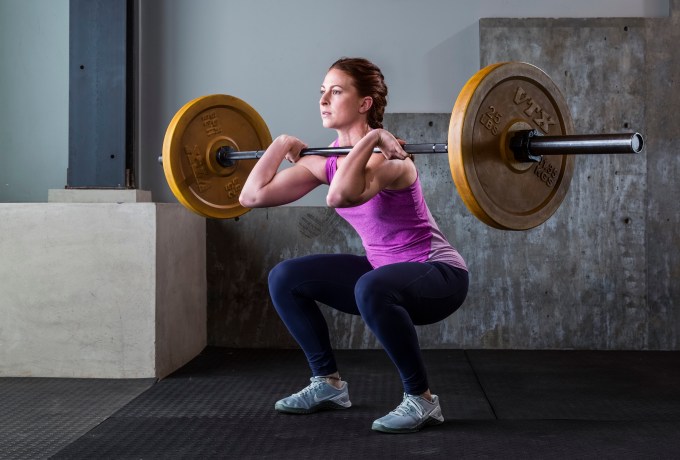 The constant communication and sense of trust users develop with their coaches could give Future potential beyond subscription fitness. The app becomes a hub for your healthy behavior. Future already offers an in-app Shop where it recommends workout clothes, headphones and water bottles. It’s easy to imagine it partnering with fitness equipment makers, health food lines or other brands to score a cut of referred sales. “We become your most important relationship regarding your health. You only talk to your doctor two times to three times per year,” says Mandal. But you might tell your trainer you’re looking for ways to eat healthier or sleep better. “Over time, that’s the opportunity.”

Still, the biggest hurdle is convincing people to pay more than 10X their Netflix fee for a personal trainer they don’t see in person. Compared to the $1 apps we’re used to, Future can induce sticker shock. But compared to unused gym memberships, pricey private coaching and potential health problems, Future could look affordable if well-to-do professionals squint right. Humans are sluggish. Most healthy habits lapse. But Future is building the closest thing to “press button, pay money, get fitter” — which in the end looks like getting someone to enthusiastically shame/support us from afar.