Facebook has just released its latest community standards enforcement report and the verdict is in: people are awful, and happy to share how awful they are with the world.

The latest effort at transparency from Facebook on how it enforces its community standards contains several interesting nuggets. While the company’s algorithms and internal moderators have become exceedingly good at tracking myriad violations before they’re reported to the company, hate speech, online bullying, harassment and the nuances of interpersonal awfulness still have the company flummoxed.

In most instances, Facebook is able to enforce its own standards and catches between 90% and over 99% of community standards violations itself. But those numbers are far lower for bullying, where Facebook only caught 14% of the 2.6 million instances of harassment reported; and hate speech, where the company internally flagged 65.4% of the 4.0 million moments of hate speech users reported. 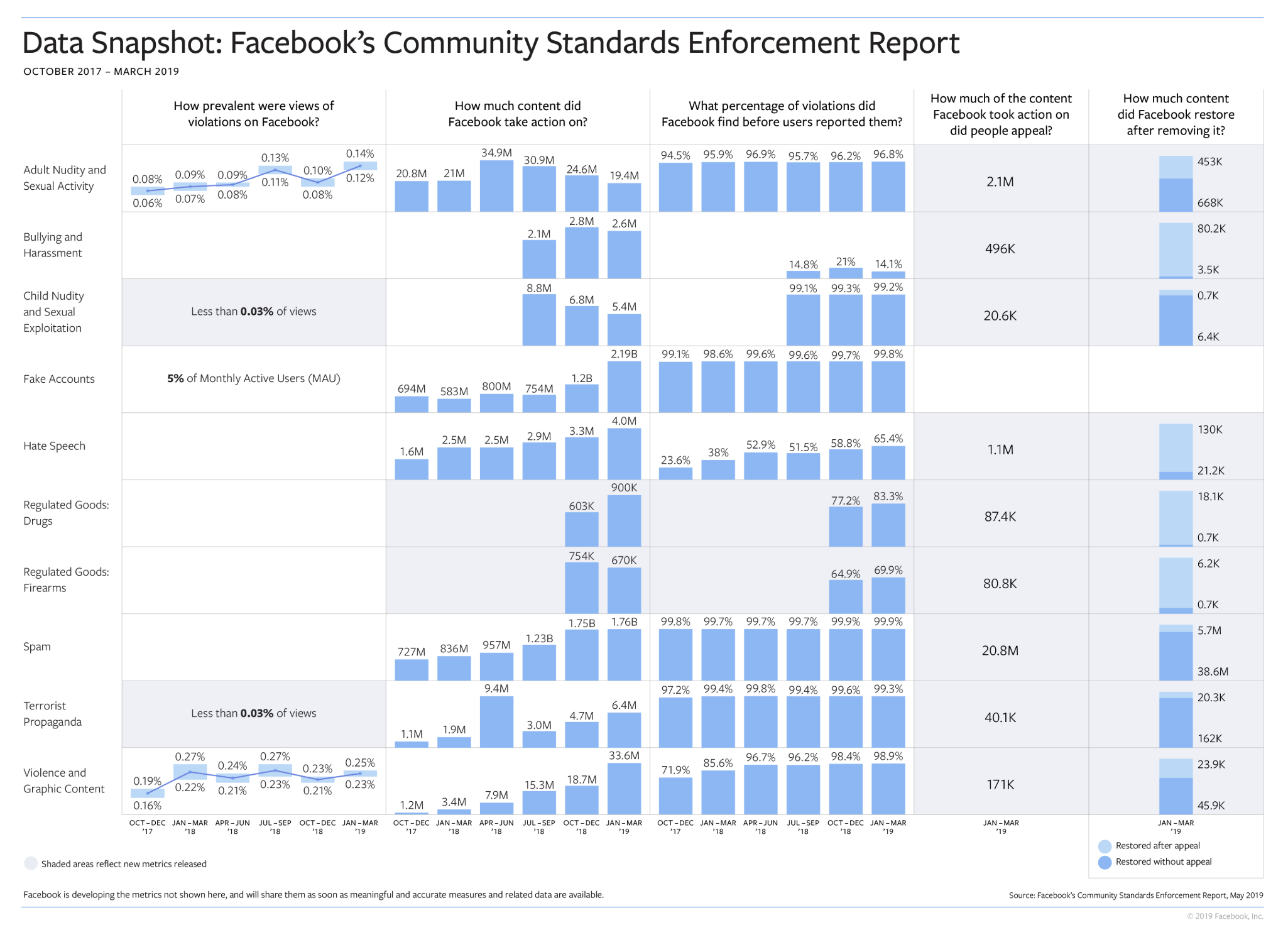 For a real window into the true awfulness that people can achieve, there are the company’s self-reported statistics around removing child pornography and graphic violence. The company said it had to remove 5.4 million pieces of content depicting child nudity or sexual exploitation and that there were 33.6 million takedowns of violent or graphic content.

Interestingly, the areas where Facebook is the weakest on internal moderation are also the places where the company is least likely to reverse a decision on content removal. Although posts containing hate speech are among the most appealed types of content, they’re the least likely to be restored. Facebook reversed itself 152,000 times out of the 1.1 million appeals it heard related to hate speech. Other areas where the company seemed immune to argument was with posts related to the sale of regulated goods like guns and drugs. 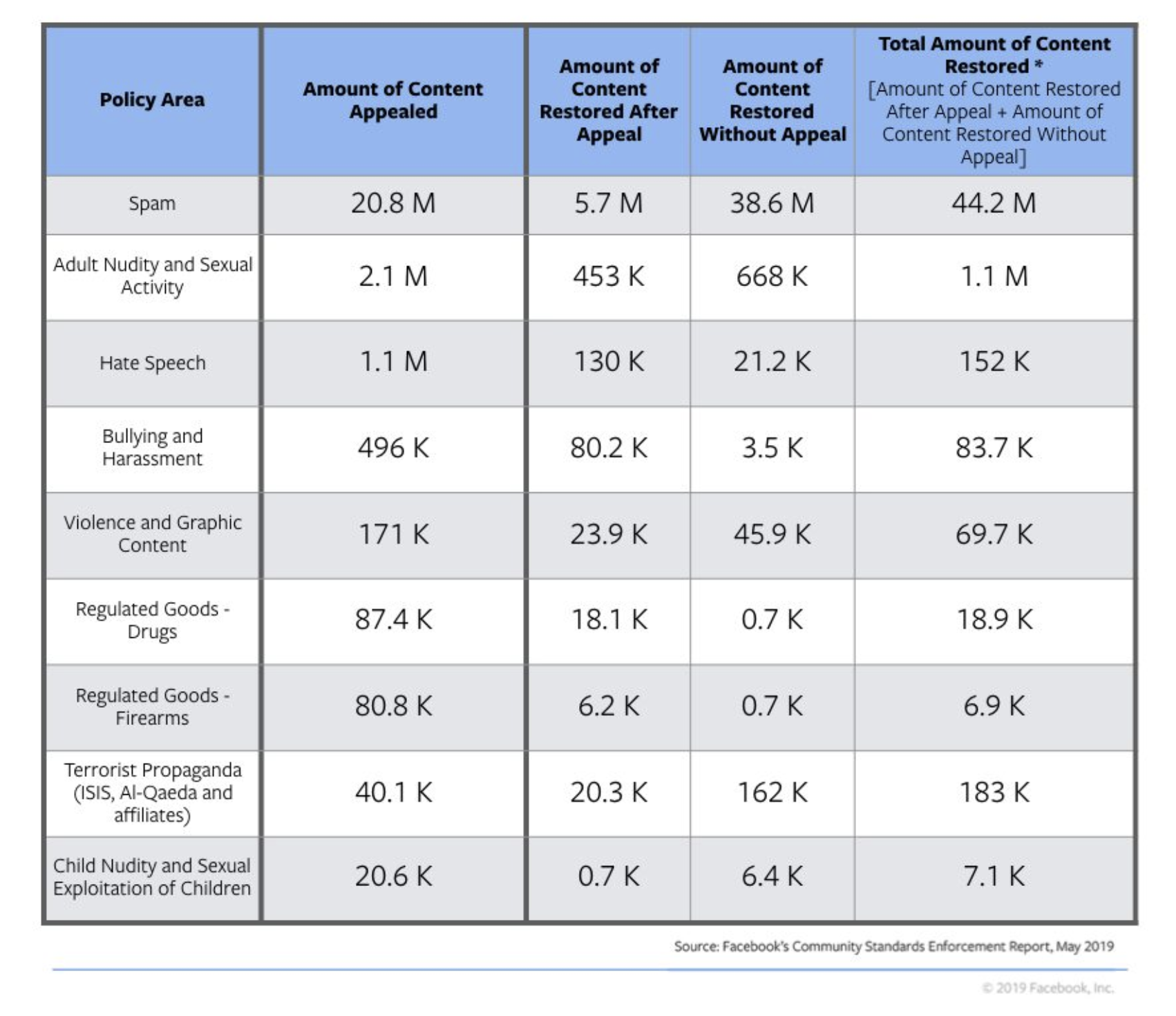 In a further attempt to bolster its credibility and transparency, the company also released a summary of findings from an independent panel designed to give feedback on Facebook’s reporting and community guidelines themselves.

Facebook summarized the findings from the 44-page report by saying the commission validated Facebook’s approach to content moderation was appropriate and its audits well-designed “if executed as described.”

Recommendations also called for Facebook to incorporate more of the reporting metrics used by law enforcement when tracking crime.

Finally the report recommended a number of steps for Facebook to improve, which the company summarized below:

Meanwhile, examples of what regulation might look like to ensure that Facebook is taking the right steps in a way that is accountable to the countries in which it operates are beginning to proliferate.

It’s hard to moderate a social network that’s larger than the world’s most populous countries, but accountability and transparency are critical to preventing the problems that exist on those networks from putting down permanent, physical roots in the countries where Facebook operates.