The report cited data from subscription platform Zuora and The Harris Poll in making these determinations.

The study also debunks the idea that we’ve reached a point of subscription fatigue.

In other words, they’re not paring down their subscriptions just yet — in fact, only 7% said they planned to subscribe to fewer services in the two years ahead. 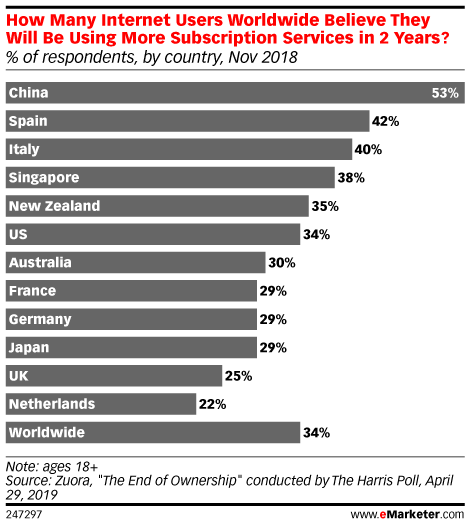 However, that’s both good news and bad news for the overall subscription industry. On the one hand, it means there’s a healthy base of potential subscribers for new services. But it also means that many people may only adopt a new subscription by dropping another — perhaps to maintain their current budget.

Subscriptions, after all, may still feel like luxuries. No one needs Netflix, Spotify, groceries delivered to their home or curated clothing selections sent by mail, for example. There are non-subscription alternatives that are much more affordable. The question is which luxuries are worth the recurring bill? 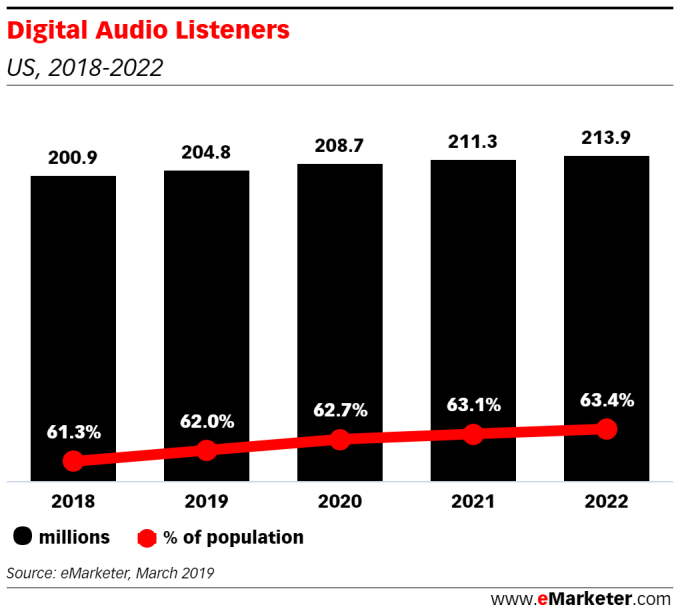 Consumers were less interested in subscription news and information and subscription boxes — the latter only saw 10% interest, in fact.

The figures should be taken with a grain of salt, of course. The meal kit market is actually struggling. The consulting firm NPD Group estimated that only 4% of U.S. consumers have even tried them. So there’s a big disconnect between what consumers say they’re interested in and what they actually do.

Meanwhile, the supposedly less popular news and information services market is, in some cases, booming. The New York Times, for instance, just this month posted a higher profit and added 223,000 digital subscribers to reach 4.5 million paying customers. And Apple now has “hundreds of people” working on Apple News+, it said this week.

Of course, consumers will at some point reach a limit on the number of services they’re willing to pay for, but for the time being, the subscription economy appears solid.