In August of last year, Getaround scored $300 million from Softbank. Eight months later they handed that same amount to Drivy, a Parisian peer-to-peer car rental service that was Getaround’s ticket to tapping into European markets. 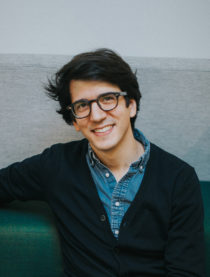 Both companies shared similar visions for the future of car ownership, they were about the same size, both were flirting with expanding beyond their home market, but only one had the power of the Vision Fund behind it.

The Exit is a new series at TechCrunch. It’s an exit interview of sorts with a VC who was in the right place at the right time but made the right call on an investment that paid off. [Have feedback? Shoot me an email at lucas@techcrunch.com]

Alven Capital partner Jeremy Uzan first invested in Drivy’s seed round in 2013. Uzan joined Index Ventures co-leading a $2 million round that valued the company at less than $10 million. The firms would later join forces again for the company’s $8.3 million Series A.

I chatted at length with Uzan about what lies ahead for the Drivy team, what Paris’s startup scene is still in desperate need of, and how Softbank’s power is becoming even more impossible to ignore.

The interview has been edited for length and clarity.

Lucas Matney: So before we dive into this acquisition, tell me a little bit about how you got to the point where you were writing these checks in the first place.

Jeremy Uzan: So, I studied computer science and business and then spent three years as a tech banker. I was actually in a very small investment banking boutique in Paris helping young startups to raise their Series A rounds. They were all French companies, my first deal was with the YouTube competitor DailyMotion.