Meet French startup Kard, a challenger bank that works a lot like N26 or Revolut. But Kard is all about convincing teens that their first bank account is going to be a Kard account — a bit like Step in the U.S.

When I talked with Kard co-founder and CEO Scott Gordon, he kept saying that Kard was a product for Generation Z. While I’m not a fan of that buzzword, it still looks like a well-designed app with some personality.

“Gen Z is a generation that has been forgotten by traditional banks,” Gordon said. “Seventy percent of their transactions are digital transactions,” he added later. Many teenagers borrow their parents’ card for those expenses.

Kard wants to empower teens with their own bank account, their own IBAN and their own Mastercard debit card. Instead of controlling every expense, parents can just top up the Kard account and let their child spend it however they want — you can top up with a bank transfer or using another card — just like in Revolut. Opening an account is free. 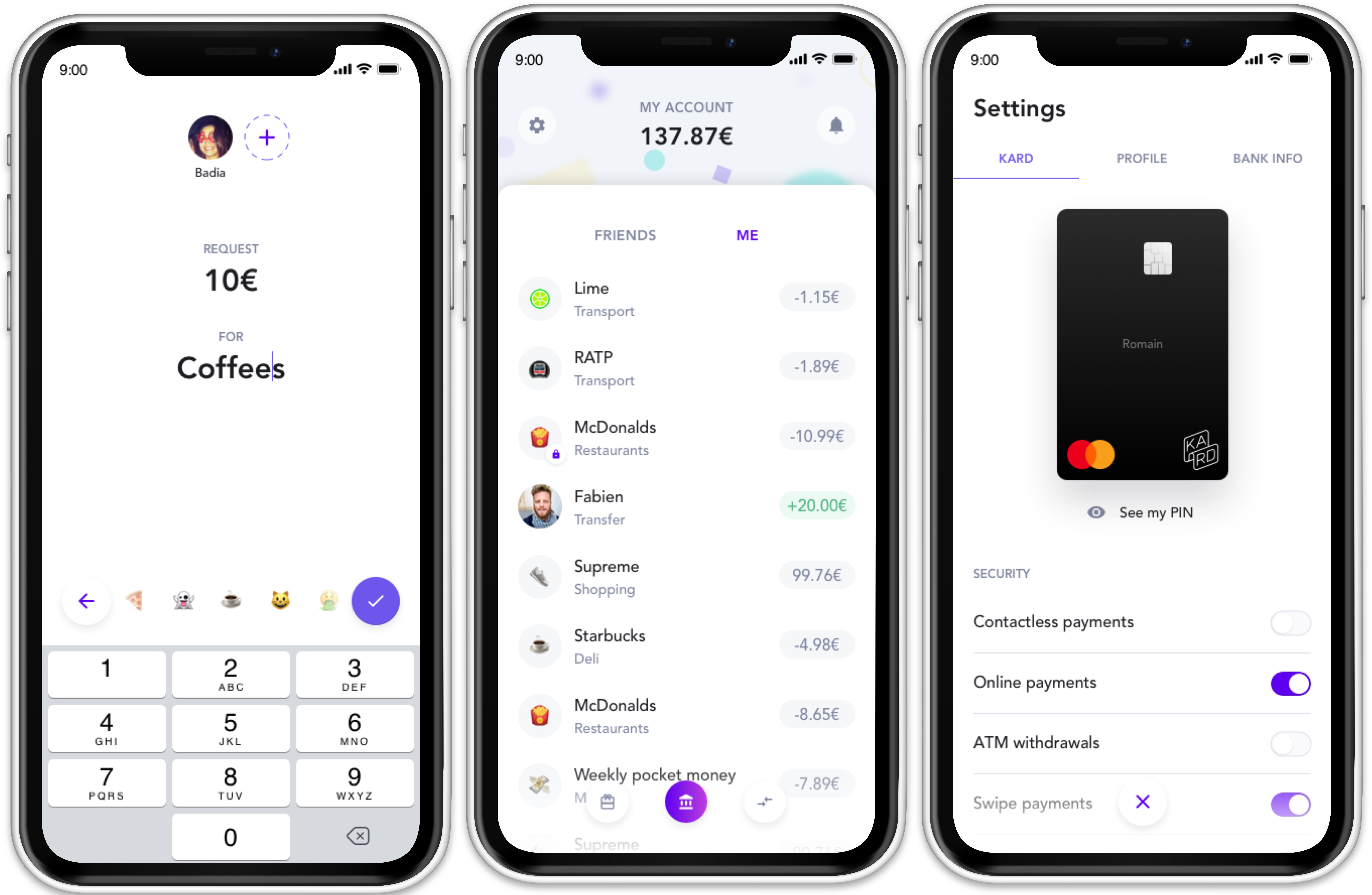 Like other electronic wallet apps, opening a Kard account is much simpler than opening a traditional bank account in France. You can sign up in a few minutes from your phone and confirm your identity later by sending a photo of your ID, etc.

After that, you get an account that you control from a mobile app. You can block and unblock the card, see transactions and send and receive money in real time with other Kard users. It ticks all the right boxes that you’ve come to expect if you have a bank account from a challenger bank.

In a couple of months, you’ll also be able to create money pots, round up your transactions to save some money, donate money to nonprofits, etc.

Kard is also borrowing a few ideas from Venmo. Users will be able to share expenses with their group of friends in the Kard app. Many teens already share a photo of their brand new sneakers on Snapchat for instance. Kard wants you to use their own app for this kind of content.

While the service is not live yet, you can sign up to the waiting list on the company’s website. Kard’s positioning is interesting. The startup doesn’t need to convince people to open yet another bank account — the company is tapping an endless funnel of new users by focusing on teens.

Like all startups focused on teens, it faces a dilemma. It has to retain its users as their needs become more complex and attract new teens as the product becomes more complex. 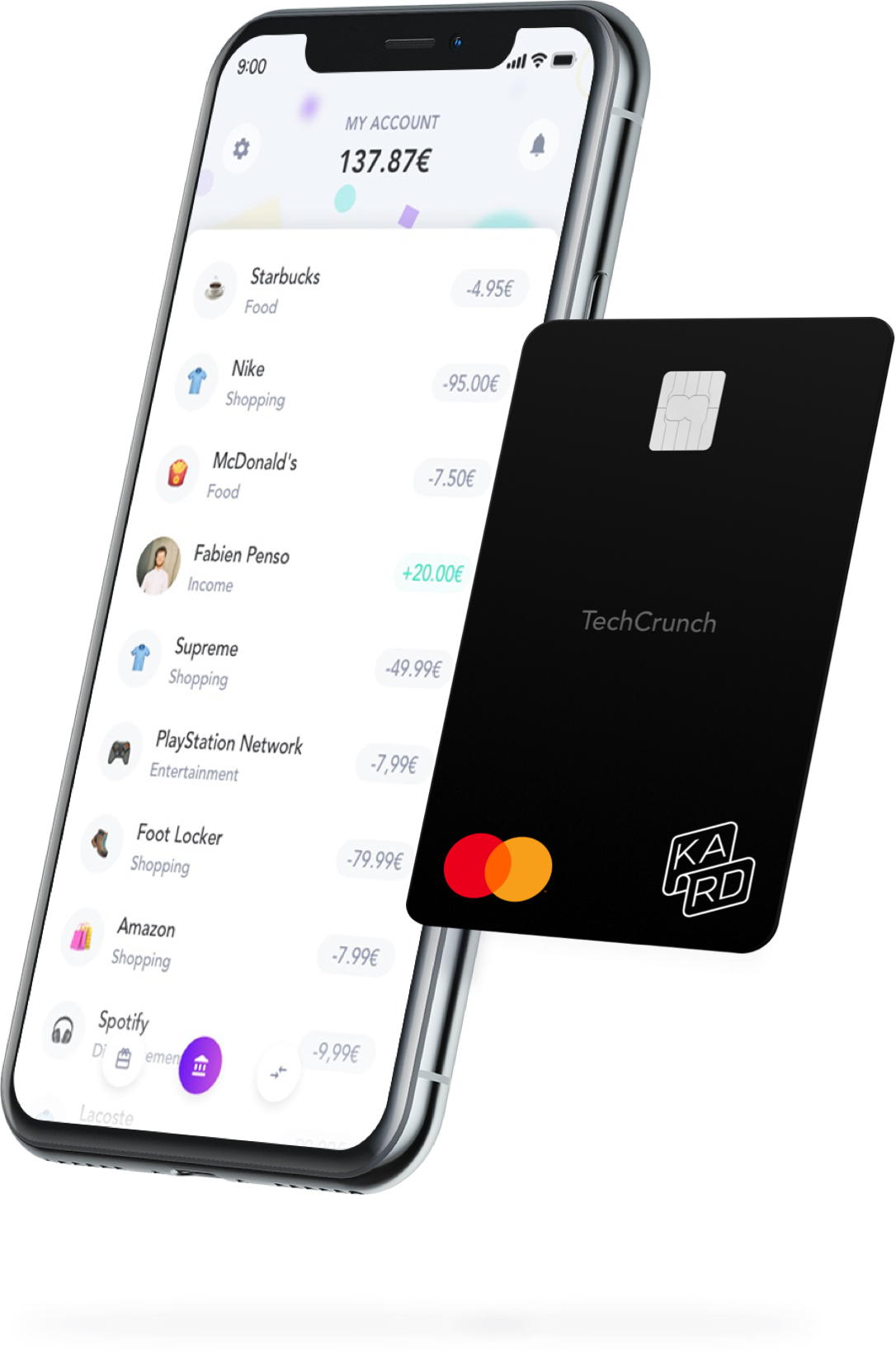