It’s harvest season for Southeast Asia’s full-stack food delivery startups. Following on from Singapore’s Grain raising $10 million, so Malaysia-based Dahmakan today announced a $5 million financing round of its own.

The money takes the startup to $10 million raised to date — its last round was $2.6 million last year — and it comes via new investors, U.S.-based Partech Partners and China’s UpHonest Capital, and existing backers Y Combinator, Atami Capital and the former CEO of Nestlé, who was an angel investor. The round was closed earlier this year but is now being announced alongside this expansion play.

It’s been a busy couple of years for the company, which was founded in 2015 by former execs from Rocket Internet’s FoodPanda service. Dahmakan — which means “Have you eaten?” in Malay — graduated Y Combinator in 2017 and expanded to Thailand last year through an acquisition. So what’s on the menu for 2019?

It is going all in on “cloud kitchen” model of using unwanted retail space to cook up meals specifically for digital orders, which is entirely its business, as it handles all processes in house rather than through a marketplace model.

Already, in its home town of Kuala Lumpur, Malaysia, Dahmakan has introduced “satellite” hubs that will allow it to serve customers located in different parts of the city more efficiently. The service already fares better than rivals like FoodPanda, Grab Food and (in Thailand) GoJek’s GetFood service because customers order ahead of time from a fixed menu with scheduled delivery times, but there’s room to do better — and more.

“The way that we are thinking about it is that we are 18 months ahead of the competition in terms of the cloud kitchen model. Most are only starting to build out clusters of mini kitchens (150 sq ft) or so without leveraging too much AI in terms of product development, procurement or automation in machinery,” Dahmakan COO and co-founder Jessica Li told TechCrunch.

“What we’ve figured out is how to scale food production for thousands of deliveries while maintaining quality and keeping costs at 30% below comparable restaurant prices,” she added, explaining that the company plans to add “new brands and new products” using the satellite hub approach. 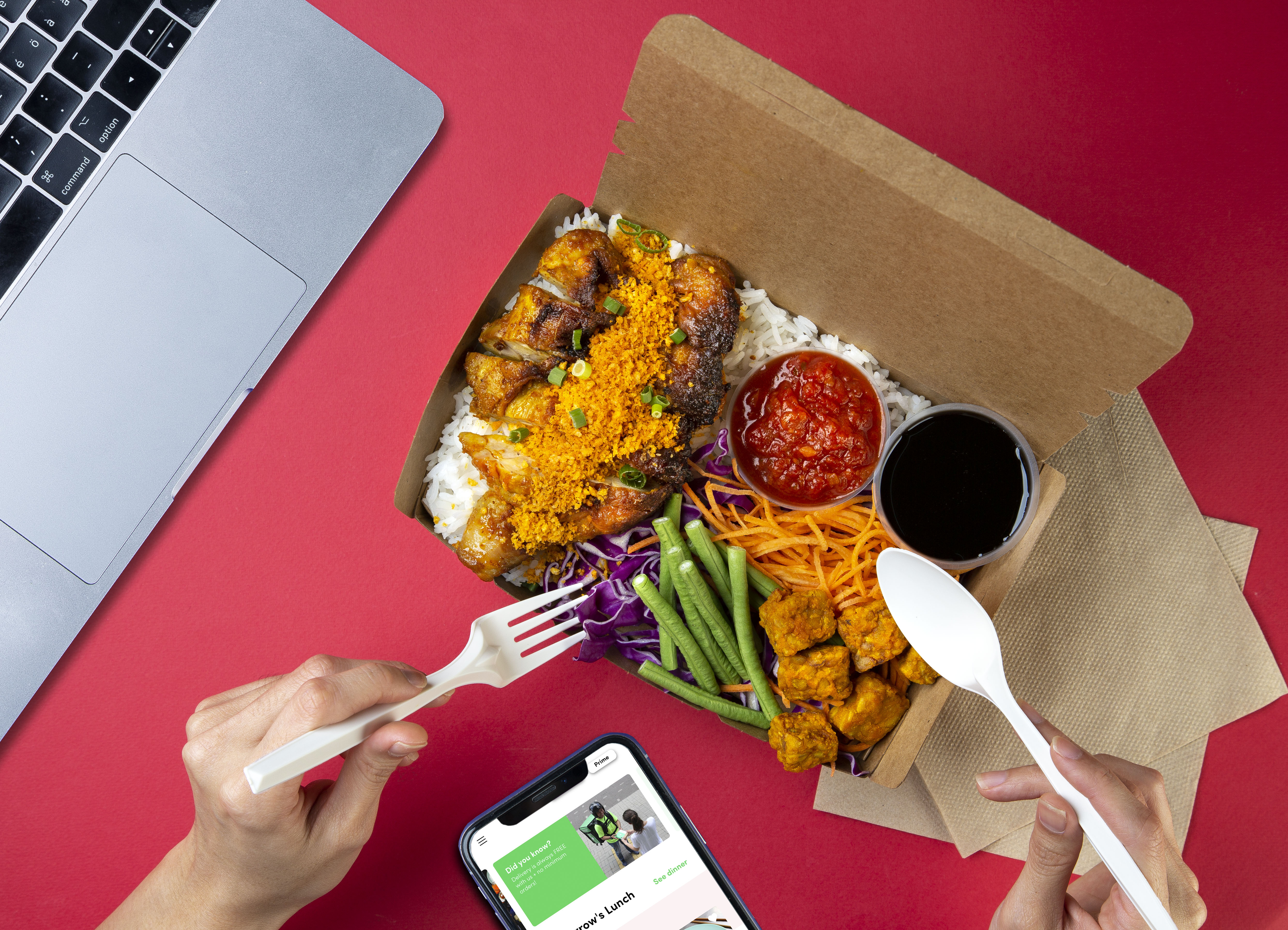 Dahmakan is looking to extend its reach in Southeast Asia, too.

Li said the immediate priority is domestic growth in Malaysia, with the service set to expand in Penang and Johor Bahru during the third quarter of this year. Beyond that, she revealed that Dahmakan plans to move into Singapore and Indonesia before the end of 2019.

Food delivery is quickly becoming the new ride-hailing war in Southeast Asia, as Grab and Go-Jek, which have raised the most money in the region, pour capital into the space. Quite why they are doing so isn’t entirely clear. Food could be a channel for loyalty (if such a thing can exist in incentive-led verticals) and user engagement for ride-hailing or other parts of their so-called “super app” services, but, either way, it is certainly distorting the market by flooding users with promotions.

That’s not necessarily a bad thing for startups like Dahmakan and Grain, which have grown in a more sustainable and responsible manner. They benefit from more people using food delivery in general, while they may also become attractive acquisition targets in the future.

Like Grain, Dahmakan puts a focus on healthy eating, which stands in contrast to the typical junk food orders that others in the space serve through their marketplace of restaurants. That certainly helps them stand out among certain audiences, and it’ll be interesting to see what new products and brands that Dahmakan is hatching to capitalize on the flood of attention food delivery is seeing.

This is certainly only the start. A Google-Temasek report on Southeast Asia published last year forecasts that the region’s food delivery market will grow from an estimated $2 billion last year to $8 billion in 2025. That four-fold prediction is larger than the growth forecast for ride-hailing, although the latter is larger.

“That’s faster than any other region even China,” Li said. 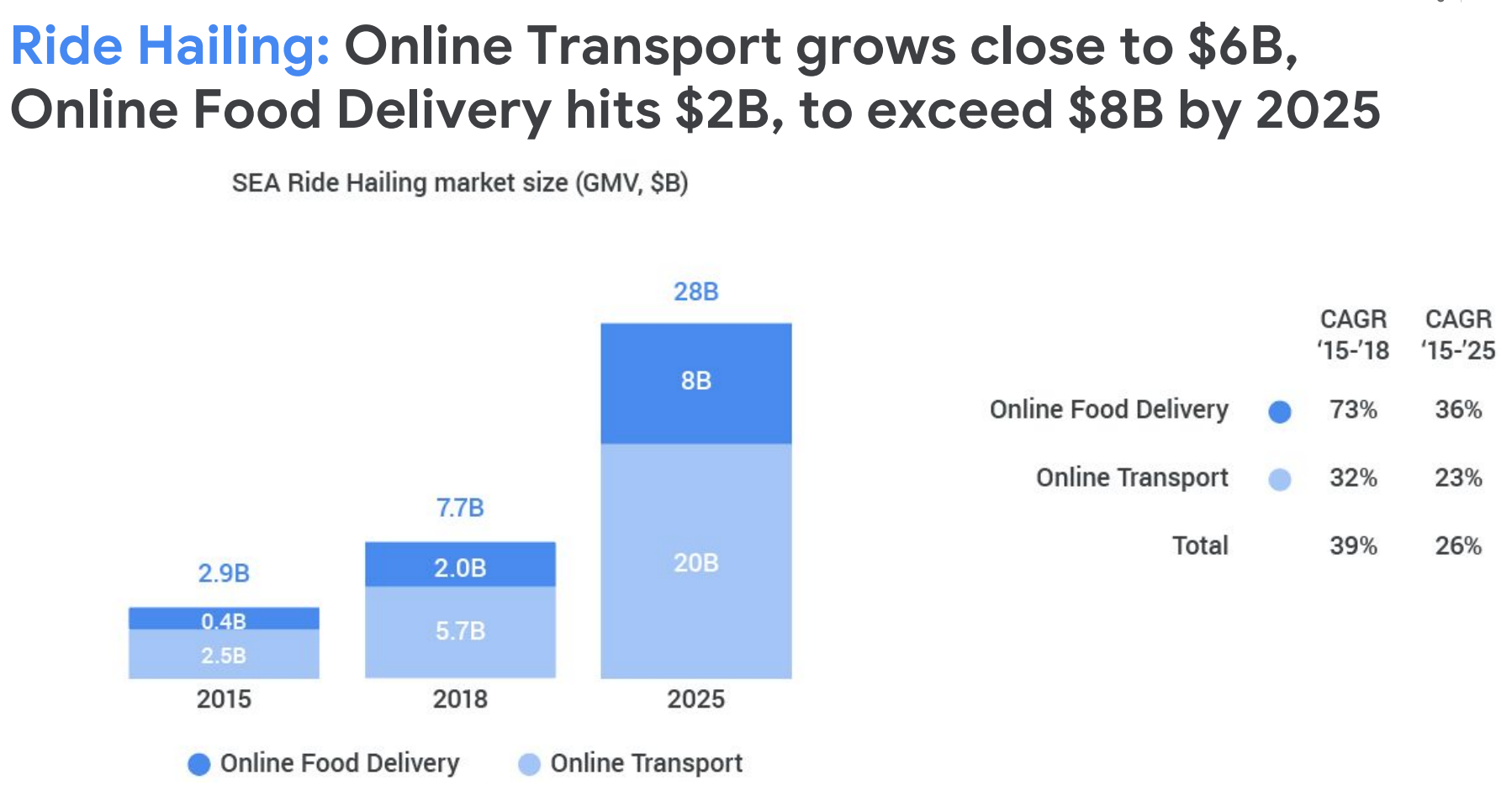