Maisie Williams’ time on Game of Thrones may have come to an end, but her talent discovery app Daisie is just getting started. Co-founded by film producer Dom Santry, Daisie aims to make it easier for creators to showcase their work, discover projects and collaborate with one another through a social networking-style platform. Only 11 days after Daisie officially launched to the public, the app hit an early milestone of 100,000 members. It also recently closed on $2.5 million in seed funding, the company tells TechCrunch.

The round was led by Founders Fund, which contributed $1.5 million. Other investors included 8VC, Kleiner Perkins, and newer VC firm Shrug Capital, from AngelList’s former head of marketing Niv Dror, who also separately invested. To date — including friends and family money and the founders’ own investment — Daisie has raised roughly $3 million.

It will later move toward raising a larger Series A, Santry says.

On Daisie, creators establish a profile as you would on a social network, find and follow other users, then seek out projects based on location, activity, or other factors.

The company’s goal to offer an alternative path to talent discovery is a timely one. Today, the creative industry is waking up — as are many others — to the ramifications of the #MeToo and #TimesUp movements. As power-hungry abusers lose their jobs, new ways of working, networking and sourcing talent are taking hold.

As Williams said when she first introduced the app last year, Daisie’s focus is on giving the power back to the creator.

“Instead of [creators] having to market themselves to fit someone else’s idea of what their job would be, they can let their art speak for themselves,” she said at the time.

The app was launched into an invite-only beta on iOS last summer, and quickly saw a surge of users. After 37,000 downloads in week one, it crashed.

“We realized that the community was a lot larger than the product we had built, and that scale was something we needed to do properly,” Santry tells TechCrunch.

The team realized there was another problem, too: Once collaborators found each other in Daisie, there wasn’t a clear cut way for them to get in touch with one another as the app had no communication tools or ways to share files built in.

“That journey from concept to production was pretty muddy and quite muddled…so we realized, if we were bringing teams together, we actually wanted to give them a place to work — give them this creative hub…and take their project from concept all the way to production on Daisie,” Santry notes. 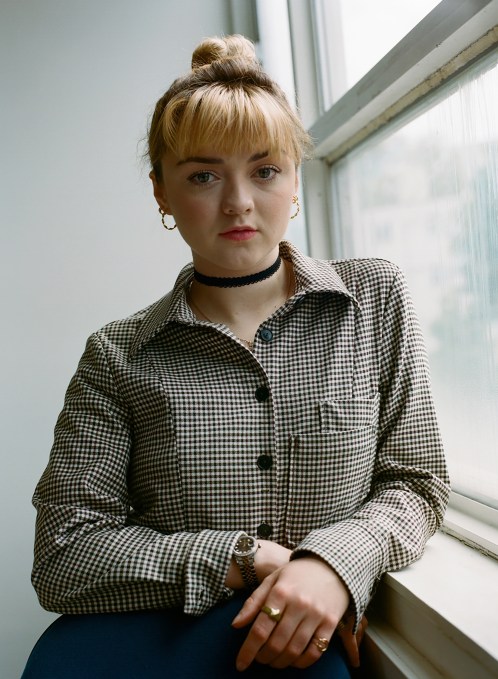 With this broader concept in mind, Daisie began fundraising in San Francisco shortly after the beta launch. The round initially closed in October 2018, but was more recently reopened to allow Dror’s investment.

With the additional funding in tow, Daisie has been able to grow its team of five to eighteen, including new hires from Monzo, Deliveroo, BBC, Microsoft, and others — specifically engineers who were familiar with designing apps for scale. Tasked with developing better infrastructure and a more expansive feature set, the team set to work on bringing Daisie to the web.

Nine months later, the new version launched to the public and is stable enough to handle the load. Today, it topped 100,000 users — most of which are in London. However, Daisie is planning to focus on taking its app to other cities including Berlin, New York, and L.A. going forward.

The company has monetization ideas in mind, but the app does not currently generate revenue. However, it’s already fielding inquiries from companies who want Daisie to find them the right talent for their projects.

“We want the best for the creators on the platform, so if that means bringing clients on — and hopefully giving those connectivity opportunities — then we’ll absolutely [go] down those roads,” Santry says.

The app may also serve as a talent pipeline for Maisie Williams’ own Daisy Chain Productions. In fact, Daisie recently ran a campaign called London Creates which connected young, emerging creators with project teams, two of which were headed by Santry’s Daisy Chain Productions co-founders, Williams and Bill Milner.

Now Daisy Chain Productions is going to produce a film from the Daisie collaboration as a result.

While celebs sometimes do little more than lend their name to projects, Williams was hands-on in terms of getting Daisie off the ground, Santry says. During the first quarter of 2019, she worked on Daisie 9-to-5, he notes. But she has since started another film project and plans to continue to work as an actress, which will limit her day-to-day involvement. Her role now and in the future may be more high-level.

“I think her role is going to become one of, culturally, like: where does Daisie stand? What do we stand for? Who do we work with? What do we represent?” he says. “How do we help creators everywhere? That’s mainly what Maisie wants to make sure Daisie does.”

“I also think for her, Daisie is hoping to solve a problem that is really close to her heart,” he continues. “She had spent many years talking to people who asked her: ‘how do I make it? How do I get to where you are in the industry?’ And she really had no answer for that — no way to explain that her second audition ever was ‘Game of Thrones’ at the age of twelve,” Santry says. “So, I think this is really good opportunity [for her] to not only understand what it’s like to be part of a business, but also to have something that she really cares about, that she can carry through and take to wherever she goes,” he says.