After defining the company’s far-flung connected dreams when it was first announced in 2013, the enterprise-refocused headset is graduating from the X moonshot factory with a new hardware update that aims to make it more approachable for companies.

After a soft consumer tease that was buzz-worthy if not laughably pre-mature, Google Glass Enterprise Edition was announced two years ago and the dedicated group has been plugging along since, courting businesses to hop on board.

Google Glass is back with hardware focused on the enterprise

The design of Glass Enterprise Edition 2 doesn’t appear to be radically different from its predecessor, but under the hood there are some noteworthy changes, namely the platform now runs on Android and Android Enterprise Mobile Device Management. Those changes alone are probably enough for enterprise customers to move from the non-starter camp to giving it a first look.

The software upgrades are made possible by the headset’s transition to Qualcomm’s AR/VR-focused XR1 chipset. The company also says the new headset has “improved camera performance and quality,” as well as USB-C connectivity.

Compared to something like Microsoft’s HoloLens, the Glass Enterprise Edition 2 is much more limited in capabilities, but focuses on giving users easy hands-free access to information in their periphery.

The Glass team joins Google’s AR/VR team and marks another key point in the company’s gradual pivot away from driving to the consumer hoop. In the past year, Google has minimized product updates to its consumer VR platform, while shuttering some groups focused on creative content production and refocusing efforts on enterprise and consumer products more heavily leveraging machine learning.

With its move from X, the Glass team joins other graduates that also left the moonshot factory. 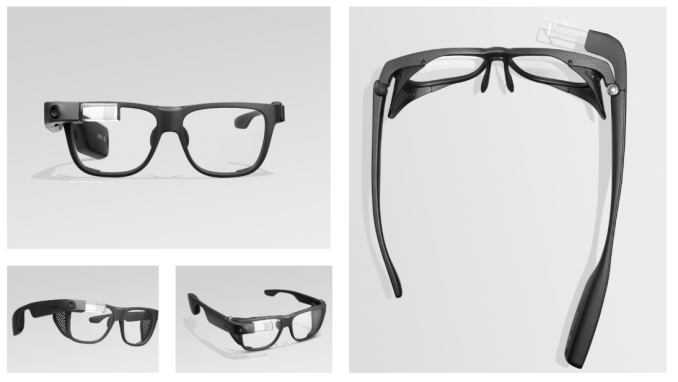