American Express (also commonly known as AmEx), a popular credit and banking company, recently announced that it purchased a company called Resy. Resy helps people get seats at restaurants, or as AmEx describes it, provides “a digital restaurant reservation booking and management platform.”

The deal might not be as big a surprise as it feels, given that the two have worked together since at least the start of 2018.

As a private company, five-year-old Resy raised a total of $45 million in its lifetime, according to its Crunchbase profile. Its investors include Lerer Hippeau, Airbnb and Slow Ventures. Resy was co-founded by Ben Leventhal, co-founder of Eater, which produces food news and dining guides. The startup is primarily focused on the United States, but it also has a presence in the United Kingdom, Europe, Canada and Australia.

In a press release, AmEx said the goal of the acquisition was to enhance its ability to help cardmembers have access to “new, notable and hard to get into restaurants across the globe, as well as help restaurants’ businesses grow and thrive.” It also noted that it’s the latest buy in a string of recent purchases “in the dining, travel and lifestyle space.”

However, this being Crunchbase News, let’s see what else we can find out about what AmEx is up to.

Swipe for all the startups

AmEx has been on a buying spree as of late. In March, we reported on its purchase of LoungeBuddy, a former partner that helped travelers with reviews of various airport lounge areas. Also this year, AmEx picked up Pocket Concierge, a firm that we wrote “helps book in-demand restaurants and is similar to OpenTable.”

The following chart details American Express’s known acquisitions over the past decade, as reported by Crunchbase: 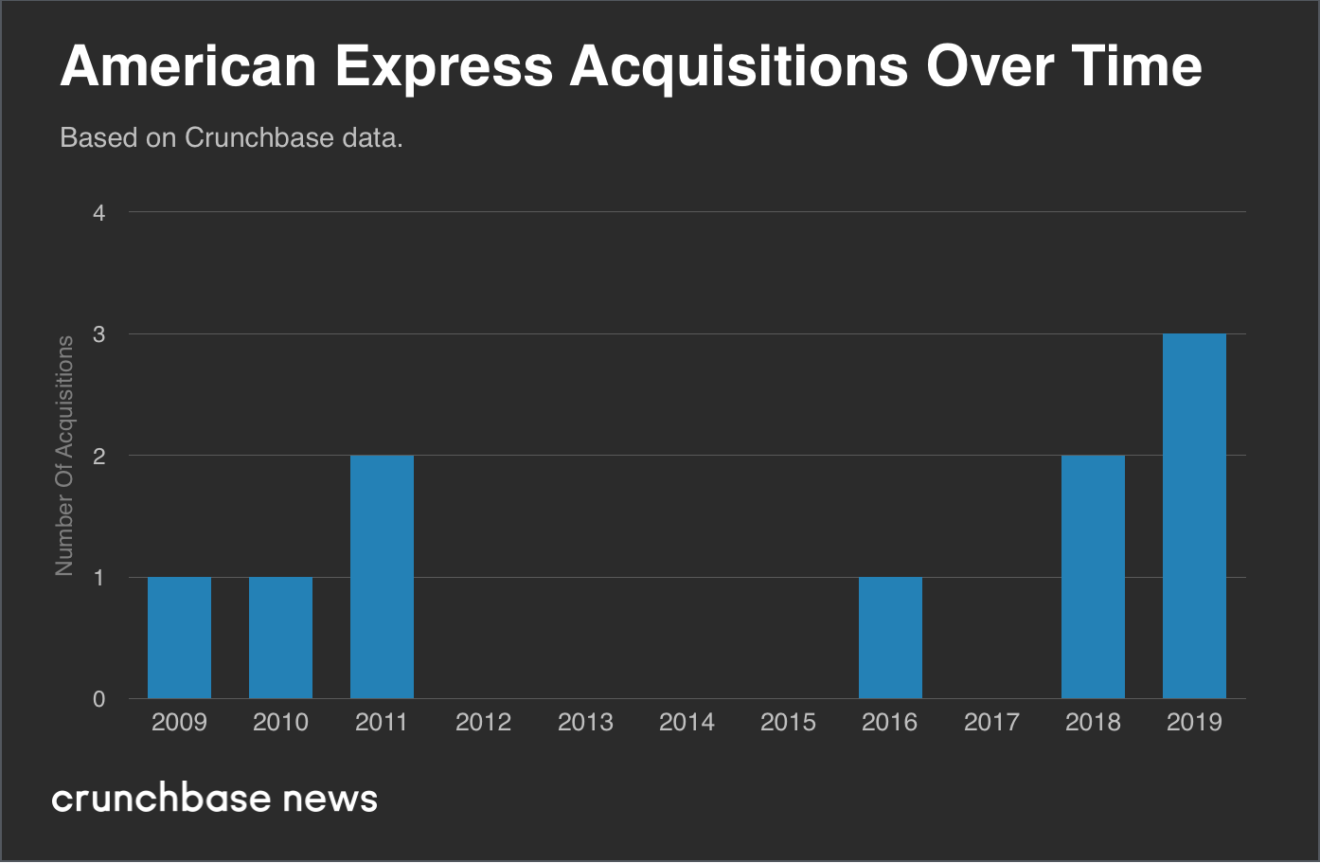 The chart tell us two things:

So, there could be change in the wind over at the credit card giant. (And if so, I suspect there are a fair few companies that brush up against AmEx that would love to join forces.)

AmEx also has a venture arm, creatively named American Express Ventures. That means it interfaces with young tech shops both while they are independent and when they are ready to be picked up.

American Express Ventures has made 54 known investments, according to Crunchbase, including 13 led rounds. Unsurprisingly, the firm’s most popular startup categories to invest in are fintech, financial services and e-commerce. AmEx puts money to work where it also plays.

And that’s all for now, but we have our eyes out. If American Express buys something else, we’ll let you know — especially if you are a fintech founder.