Let’s get the bad out of the way first, shall we?

For starters, that charging case is huge. There’s no way around it. It’s something that’s become more and more apparent as the weather is warmer and I no longer have jacket pockets to carry it around in. If you shell out the money for these, you’ll be thinking about this a lot, too. How long you plan to be out versus the added pocket bulk.

There’s also the issue of cost. A few years ago, $250 might not have seemed crazy for a pair of wireless earbuds. When you’re out-pricing Apple’s primary earbuds, however, it might be time to reconsider.

Those are really the big strikes in what’s been an otherwise wholly enjoyable review process. I’ve been eager to put these through their paces since the day they were announced, and haven’t been disappointed. Given the choice between the AirPods and Powerbeats Pro, I’m leaning toward the latter at the moment.

The Powerbeats Pro are a wholly different take on the category, and that’s precisely where they succeed. Sure, Beats has been operating under the Apple banner for more than a third of its existence, but the company’s fully wireless headphones are probably the best example to date of how to run a sub-brand with minimal interference. 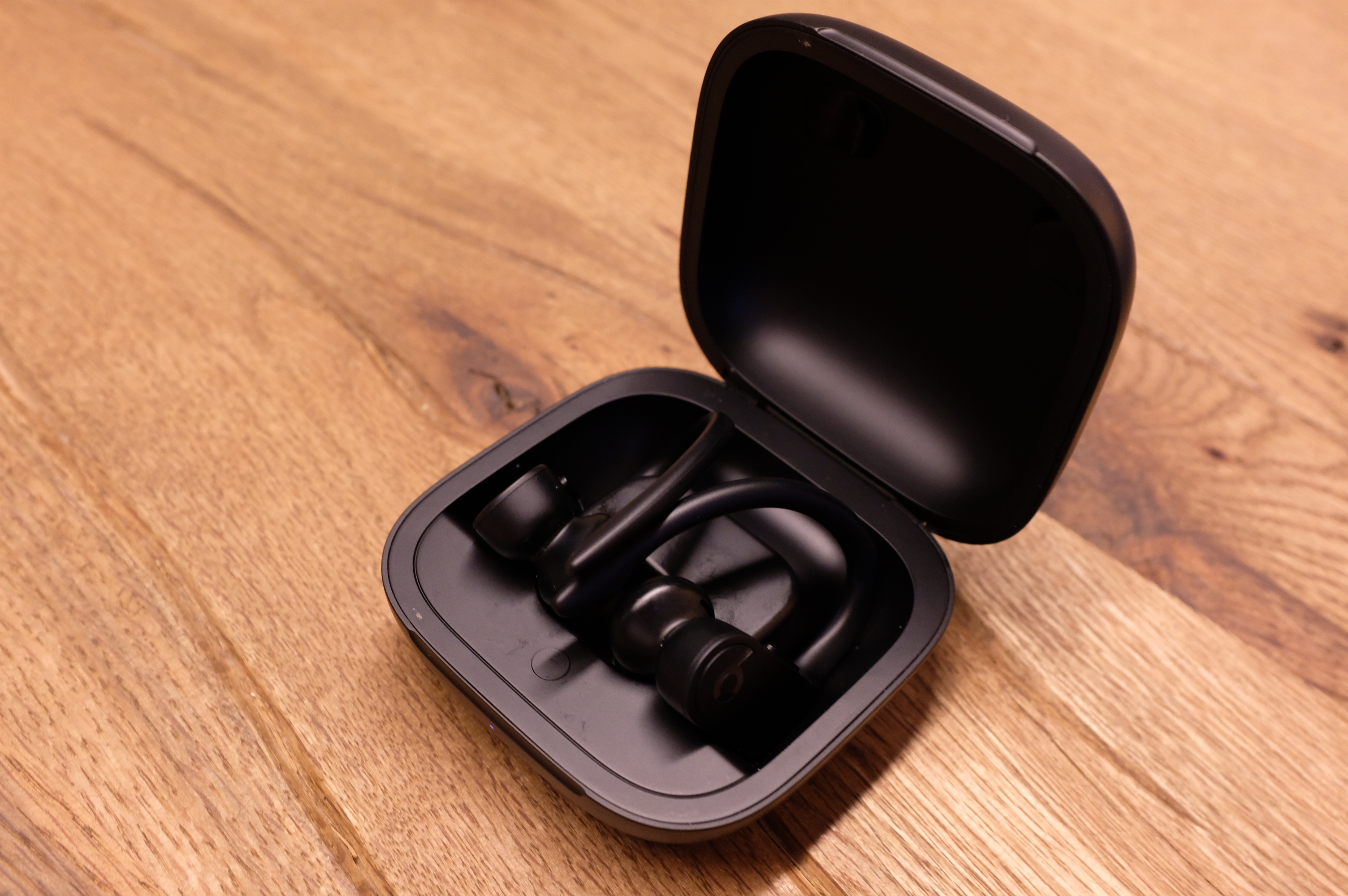 That’s not to say that Apple wasn’t involved. The company’s fingerprints are here, but that’s largely a good thing, honestly. The inclusion of the H1 chip is the clearest example. Using the same silicon found in the latest AirPods, the initial pairing process is as simple as opening up the case. From there, a large window will show the case and two headphones, along with corresponding battery levels.

Assuming, of course, you have an iPhone. You can pair them up to an Android handset and just about anything else with Bluetooth, but you’ve got to go through the more traditional rigmarole. The flip side of all of this is that the Pros only ship with a Lightning port. I’ve expressed my frustration with Apple’s proprietary connector in the past, but honestly, it mostly comes down to the fact that Apple seems to have finally started following the rest of the industry down the USB-C rabbit hole. At this point it feels inevitable. 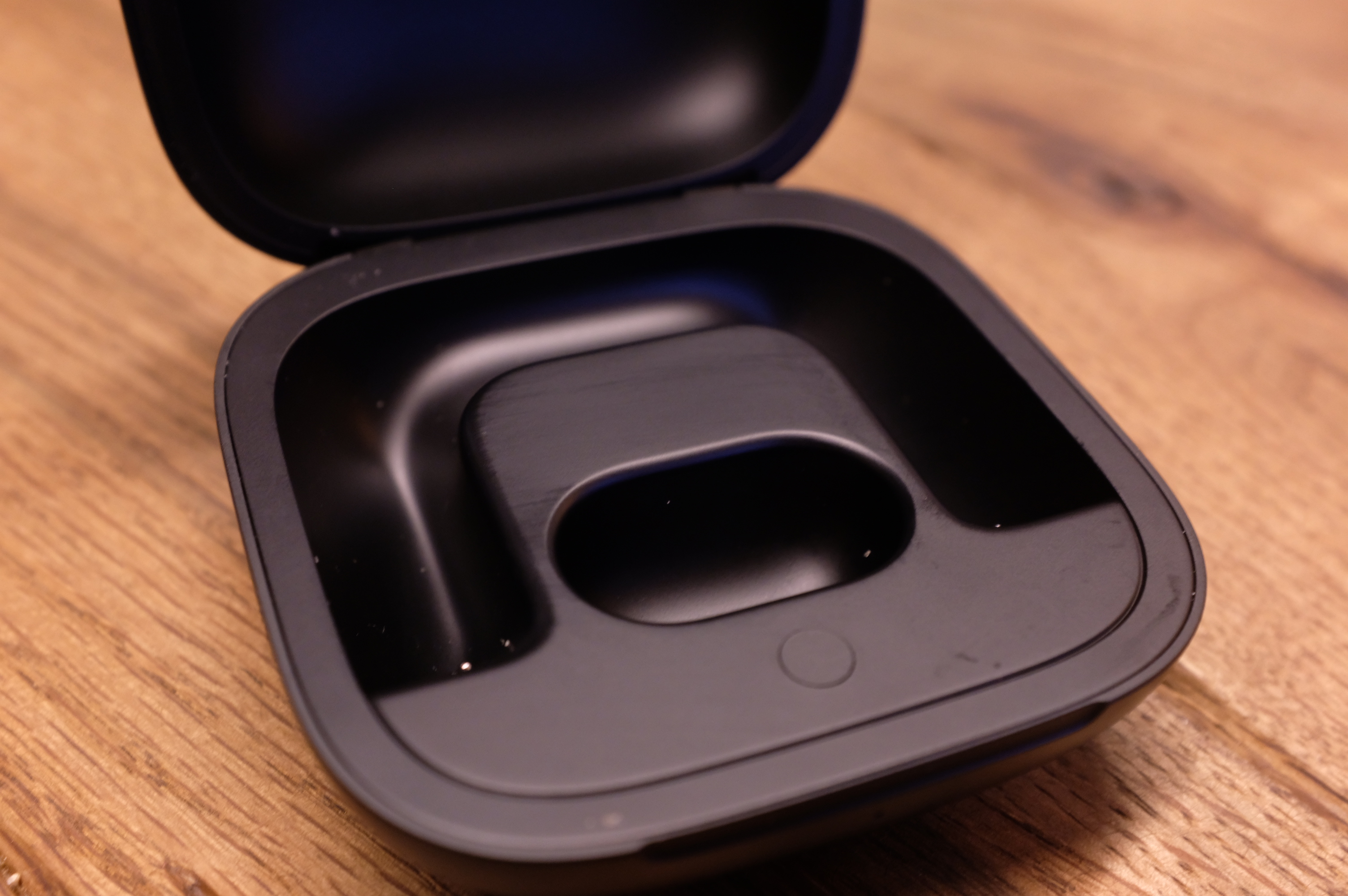 And, of course, the Pro case isn’t wireless yet. Gotta save something for the second gen, I guess.

As for the clear advantages Beats has over the AirPods, that’s three-fold. First is battery life. The upshot to the massive case is a ton of time on a charge. Beats puts them at nine hours on the earbuds, with a full 24 hours all told, when the case is factored in. I never found myself short on juice, and I’m pretty psyched to take them on the next cross-country plane ride.

That means, in most instances, you’re totally fine to leave home without the case. Though beware that both the case and the buds tend to scuff easily, so I’d use it when possible. The buds’ placement inside the case is also a little tricky. Unlike the AirPods, I found myself repositioning them the first few times.

While the case itself sports a small light that goes either red or white, depending on whether they’re charging, there’s no light on the buds themselves, meaning you’re primarily dependent on iOS to let you know where things stand.

The design of the buds themselves isn’t for everyone — but the same can certainly be said for AirPods. It’s true that the over the ear hooks are probably ideally suited for the gym, but in black these are subtle enough for most people to wear out undetected. More importantly, there are quite comfortable. Apple is still kicking and screaming against silicone tips, and that’s made AirPods particularly divisive. Like many of the company’s headphones before, they simply don’t fit in a lot of ears. 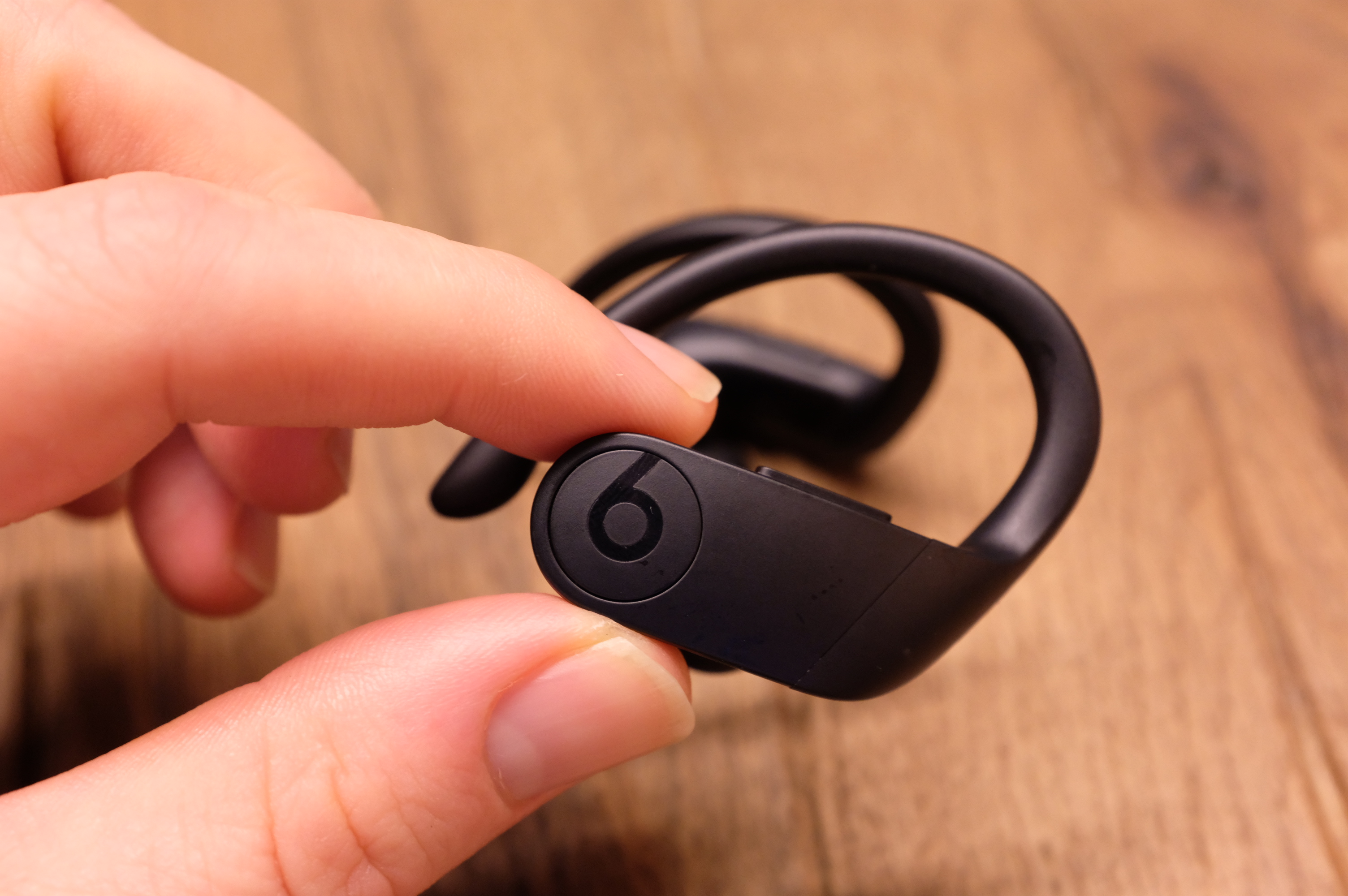 Removable silicone tips offer a more adaptable fit, coupled with a better seal. That, in turn, means less sound leak. The headphones might be tuned a little high for some tastes, but it honestly beats the old days when the company leaned entirely too heavily on bass to make up for other shortcomings. As is, the sound is quite good, so far as fully wireless Bluetooth earbuds go.

I will say that the design wore on one of my ears a bit after a marathon listen while working at my desk, but I was able to wear them for a lot longer than most of the earbuds I’ve tested, with minimal annoyance.

Also impressive is the distance they’ll work. I routinely walked into the other room while leaving my phone charging on the desk with no problem. I did run into the occasional connection problems here and there, where one headphone conked out, but again, that unfortunately is pretty in-line with the current limitations of Bluetooth technology. Putting the earbuds in the case and pulling them back out seemed to address the problem just fine. 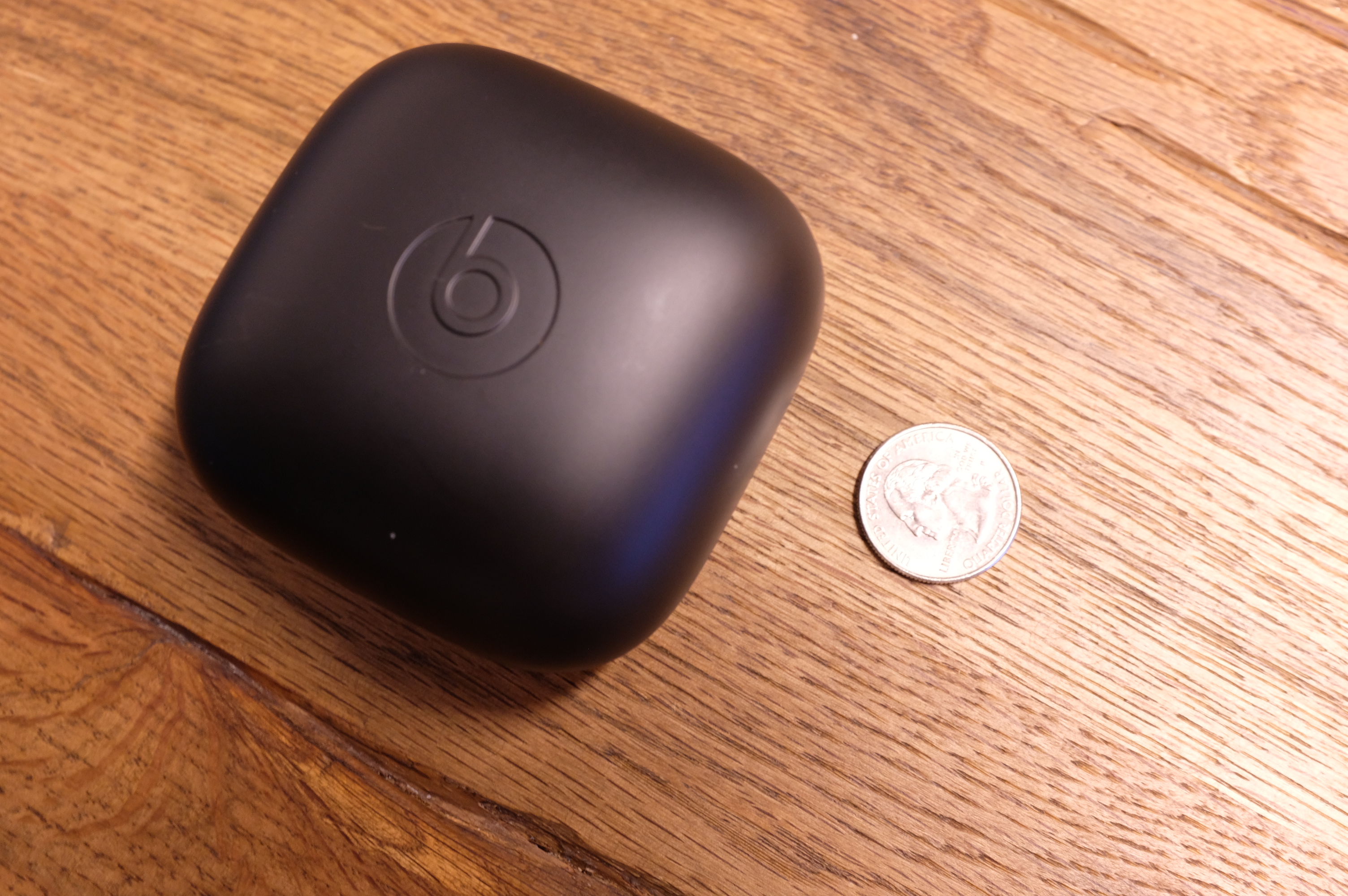 The Pros are generally less concerned with appearance than their Apple brethren. A bit ironic, perhaps, for a brand that was seemingly built around image. They’re a pretty good indicator of how far Beats has come as a brand, making for a much more utilitarian product than AirPods — and for a constant companion, that’s a good thing.

Assuming you can stomach the high price and massive case, for a majority of users, the Powerbeats Pro are probably the way to go.