There’re a lot of synergies between electric vehicles and ride-hailing. Drivers are able to save more steering an EV compared to a gas vehicle. Environmentally conscious consumers will choose to hire an electric car. And EVs are designed with better compatibility with autonomous driving, which is expected to hit public roads in the coming decades.

Indeed, Tesla is eyeing to launch its first robotaxis in 2020 as part of a broader ride-sharing scheme. Over in China, where Tesla has a few disciples, EV startup Xpeng Motors, also known as Xiaopeng, just started offering a ride-hailing app powered by its own electric fleets. 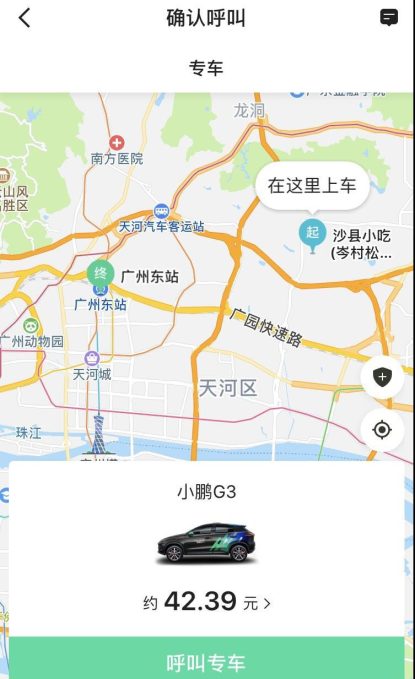 The company is the latest in a clutch of carmakers flocking to introduce their own ride-hailing platforms. Didi Chuxing’s massive loss has not deterred their ambitious plans. Rather, this may be a prime time to crack a market long dominated by Didi, which is prioritizing safety over growth following two high-profile incidents and a series of new government regulations.

Xpeng’s ride-hailing app is currently only available in a limited area within Guangzhou where it’s headquartered, shows a test conducted by TechCrunch on Thursday.

The company’s coffer is probably large enough to fund its newly minted venture. It’s one of the most-backed EV upstarts alongside rival Nio, which raised $1 billion from a New York initial public offering last year.

Xpeng has to date banked $1.3 billion from Alibaba, IDG Capital, Foxconn, UCAR and other big-name investors, according to disclosed funding data collected by Crunchbase. Founder He Xiaopeng, a serial entrepreneur who made a fortune selling his mobile browser company UCWeb to Alibaba, told CNBC in March that Xpeng may also try an IPO down the road, but wants to focus on building the business first.

When it comes to sources of inspiration for the business, Xpeng told local media that it sees Tesla as its “benchmark.” The company has never been shy about its admiration for its American peer. In an interview with Quartz in 2018, He said one of the reasons he founded Xpeng “was because Elon Musk made Tesla’s patents available. It was so exciting.”

But the affection might have gone a little far. In March, Tesla sued an ex-employee for allegedly stealing Autopilot’s proprietary technology before taking a job at Xpeng.

Xpeng, which started shipping to its first owners in March, was founded five years ago against the backdrop of Beijing’s aggressive electric push in the transportation sector. The sprawling city Shenzhen, just north of Hong Kong, has turned all its public buses and almost all of its taxis electric.