OpenFin, the company looking to provide the operating system for the financial services industry, has raised $17 million in funding through a Series C round led by Wells Fargo, with participation from Barclays and existing investors including Bain Capital Ventures, J.P. Morgan and Pivot Investment Partners. Previous investors in OpenFin also include DRW Venture Capital, Euclid Opportunities and NYCA Partners.

Likening itself to “the OS of finance,” OpenFin seeks to be the operating layer on which applications used by financial services companies are built and launched, akin to iOS or Android for your smartphone.

OpenFin’s operating system provides three key solutions which, while present on your mobile phone, has previously been absent in the financial services industry: easier deployment of apps to end users, fast security assurances for applications and interoperability.

Traders, analysts and other financial service employees often find themselves using several separate platforms simultaneously, as they try to source information and quickly execute multiple transactions. Yet historically, the desktop applications used by financial services firms — like trading platforms, data solutions or risk analytics — haven’t communicated with one another, with functions performed in one application not recognized or reflected in external applications.

“On my phone, I can be in my calendar app and tap an address, which opens up Google Maps. From Google Maps, maybe I book an Uber. From Uber, I’ll share my real-time location on messages with my friends. That’s four different apps working together on my phone,” OpenFin CEO and co-founder Mazy Dar explained to TechCrunch. That cross-functionality has long been missing in financial services.

As a result, employees can find themselves losing precious time — which in the world of financial services can often mean losing money — as they juggle multiple screens and perform repetitive processes across different applications. 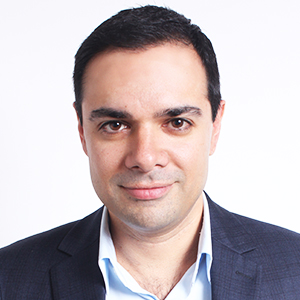 As former analysts and traders at major financial institutions, Dar and his co-founder Chuck Doerr (now president & COO of OpenFin) recognized these major pain points and decided to build a common platform that would enable cross-functionality and instant deployment. And since apps on OpenFin are unable to access local file systems, banks can better ensure security and avoid prolonged yet ineffective security review processes.

And the value proposition offered by OpenFin seems to be quite compelling. OpenFin boasts an impressive roster of customers using its platform, including more than 1,500 major financial firms, almost 40 leading vendors and 15 of the world’s 20 largest banks.

More than 1,000 applications have been built on the OS, with OpenFin now deployed on more than 200,000 desktops — a noteworthy milestone given that the ever-popular Bloomberg Terminal, which is ubiquitously used across financial institutions and investment firms, is deployed on roughly 300,000 desktops.

Since raising their Series B in February 2017, OpenFin’s deployments have more than doubled. The company’s headcount has also doubled and its European presence has tripled. Earlier this year, OpenFin also launched it’s OpenFin Cloud Services platform, which allows financial firms to launch their own private local app stores for employees and customers without writing a single line of code.

To date, OpenFin has raised a total of $40 million in venture funding and plans to use the capital from its latest round for additional hiring and to expand its footprint onto more desktops around the world. In the long run, OpenFin hopes to become the vital operating infrastructure upon which all developers of financial applications are innovating.

“Apple and Google’s mobile operating systems and app stores have enabled more than a million apps that have fundamentally changed how we live,” said Dar. “OpenFin OS and our new app store services enable the next generation of desktop apps that are transforming how we work in financial services.”