Boosted, the maker of the electric skateboard Boosted Board, has unveiled its next mode of transportation: the electric scooter. Available for pre-order today, Boosted Rev costs $1,599 and is designed to be durable, fast, efficient up hills and safe. The Boosted Rev, which has been about 18 months in the making, will start shipping this summer.

Boosted, which counts mostly men as its core consumer for the electric skateboard, is hoping to diversify its customer base with the launch of scooters.

“We’re the first to admit not everyone will ride a skateboard,” Boosted CEO Jeff Russakow told TechCrunch. “What’s most exciting is making the technology more accessible to more people.”

At its core, the scooter uses the same power system and technology as the Boosted Board. This makes it “not a toy, but a vehicle-grade scooter,” Russakow said. 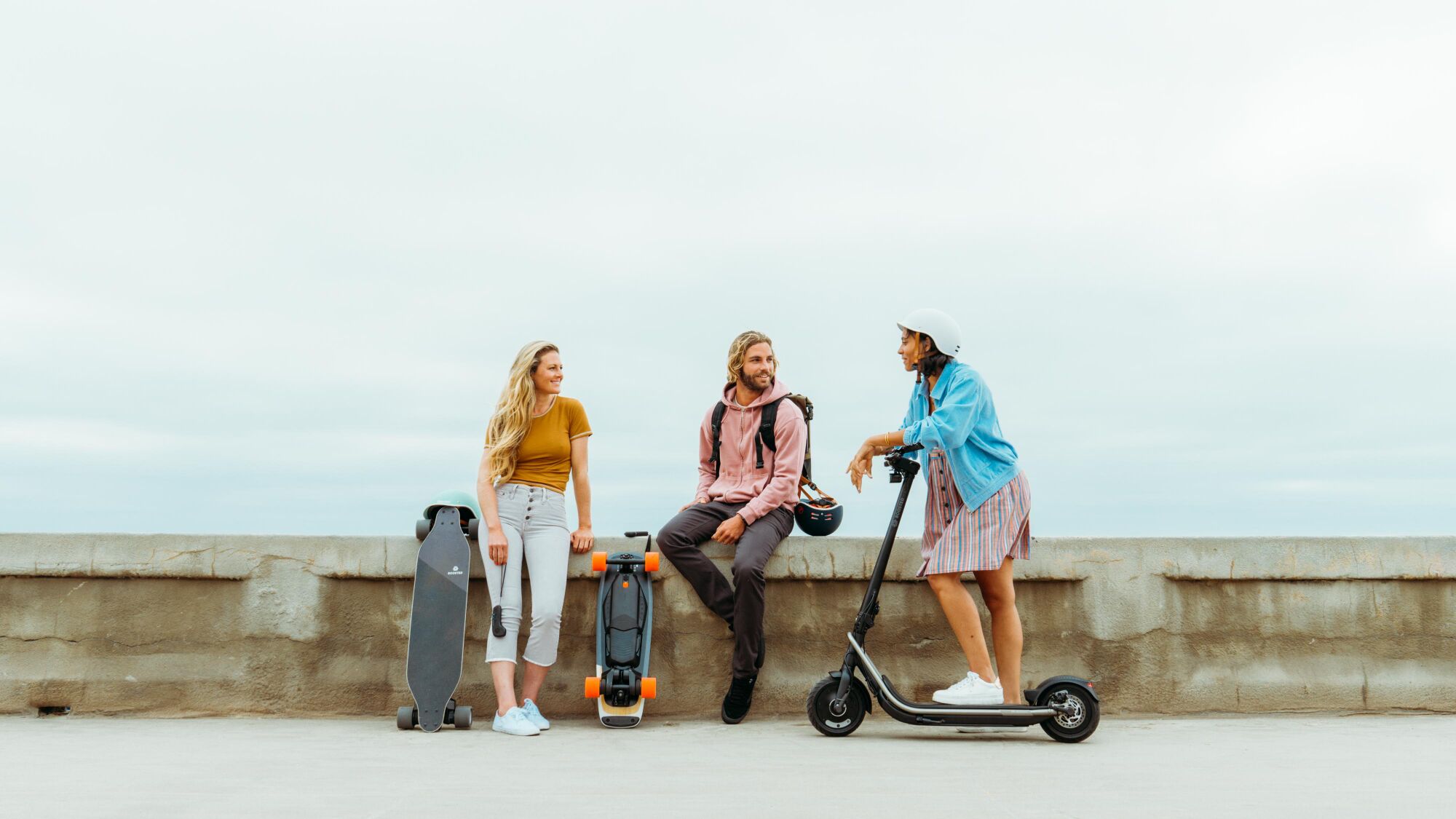 The scooter, which features dual-wheel drive, is able to travel up to 24 mph with a range of 22 miles, and climb and descend 25%-grade hills. Rev is designed to handle thousands of miles per year for several years, Boosted co-founder and CTO John Ulmen told TechCrunch. The scooter also comes with three ways to brake, though, Boosted is confident people will only really use one. That’s via the throttle wheel, which enables one-handed acceleration and braking. The two other braking mechanisms are the traditional disc brake and fender brake.

Similar to other scooters, the Rev has three ride modes that respectively max out at 12, 18 and 24 mph. Unlike many other scooters on the market, Rev features wide air-filled tires to help with shock absorption and traction. I had a chance to ride the Rev for a few minutes on the streets of San Francisco and can say it’s a superior experience to the likes of Unagi, Lime and Bird when it comes to acceleration, braking and shock absorption.

While there are a number of electric scooter startups operating shared services, including one founded by former Boosted CEO Sanjay Dastoor, there are not as many operating in the direct-to-consumer space. Besides, Boosted does not see shared electric scooters as competition. The market for ownership, Russakow said, is “a different but bigger market.”

“It’s been great to see scooter share because people get exposed to scooters as commute options,” Russakow said. “But we think we’re serving the by-far largest market.”

Bird, earlier this month, announced its entrance into the direct-to-consumer space. Russakow said that’s just validation that ownership is where the market is going.