Stocks had their best trading day in a while on Tuesday as investors took a break from selling to assess the actual effects of the trade war with China.

Tech stocks like Cisco Systems and Microsoft both rose to lead the way for a sector that could be hit hard by any prolonged trade war between the U.S. and China. Even Apple was up 1.6% on the day after taking a bit of a pummeling as both the U.S. and China announced new rounds of tariffs and import duties. 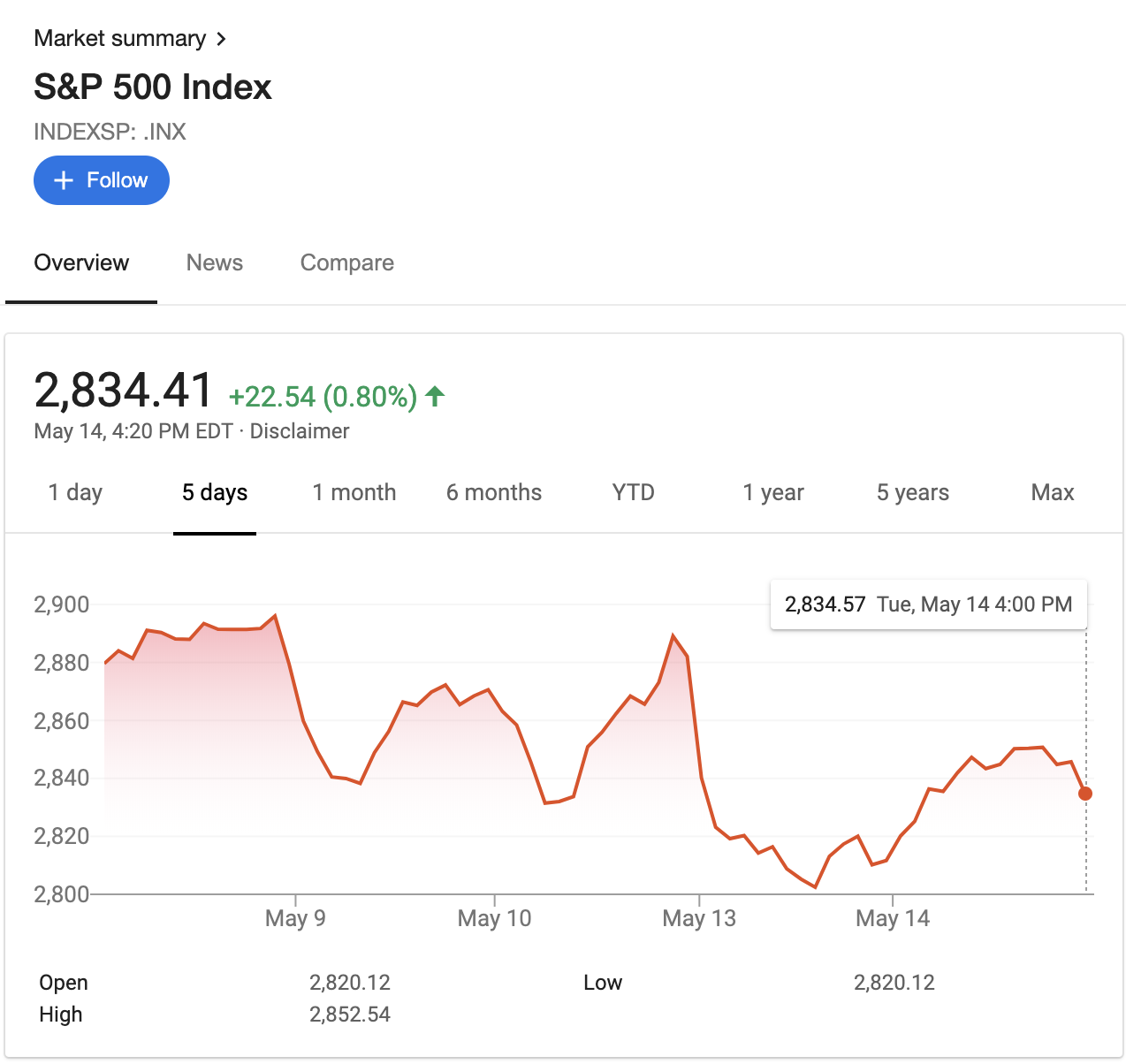 While some investors are calling the rally more of a dead cat bounce than something that markets can sustain, other investors point out that the fundamentals behind U.S. investing haven’t changed, even as costs are set to rise.

Indeed, economists cited by The New York Times think the tariffs’ gross domestic product in the U.S. will only decline by 0.3 percentage points at most over the long term.

Still, that assessment doesn’t take into account the impact on consumer wallets and consumer confidence should a prolonged trade war and rising prices force everyday Americans to rethink their spending habits.

Even the modest gains from today’s trading don’t recoup all of the losses the markets have suffered since the new round of tit for tat tariffs began when the U.S. walked away from negotiations and imposed new duties on goods.