In November 2017, Spotify picked up the online music studio Soundtrap as part of its efforts to offer more services to artists on its platform. Now that Spotify has a growing interest in podcasts and the needs of podcast creators, Soundtrap is launching a new product to address that market instead. The company today announced the launch of  Soundtrap for Storytellers, a cloud-based podcast creation platform with a number of advanced features, including the ability to transcribe and edit podcasts, collaborate with others, and more. 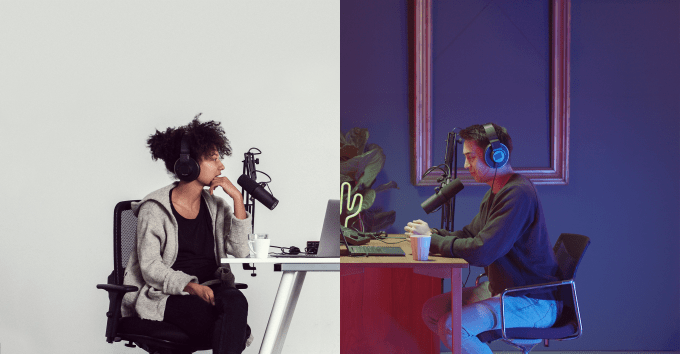 When Spotify first acquired Soundtrap, it was focused on collaborative music making — now, that same technology is being turned to podcasting.

For example, the new service will transcribe the podcast (in English only for the time being) — and this transcript is then published along with the podcast to help optimize its discoverability in online search results. (Coincidentally, Google just announced at its I/O developer conference last week it would now index podcasts in its search results, allowing users to play episodes from the browser or save them for later listening.)

The platform also allows multiple podcasters to talk and record on separate tracks as they work on the same podcast together, by sending a link to join the session to remote guests. This is similar to a number of existing solutions like Zecastr, Ringr, Cleanfeed, Clearcast, and Cast, for instance. Also like some existing solutions, Soundtrap will offer sound effects. And like Simplecast, it offers distribution.

Where the service shines, however, is in its editing studio. Here, you can edit the spoken-word audio file much like you would a text document, which makes things a lot easier. This is one of its unique features — and something that could make it a compelling alternative to existing solutions. 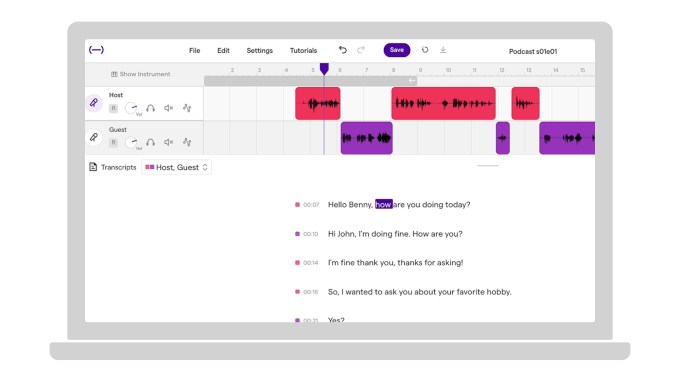 Another part of the service’s value proposition is also that it’s a one-stop shop…of sorts. Today, many podcasters hop from product to product — one to record, one to edit, and another to publish. Soundtrap includes all these options within its platform.

However, one big issue is that Soundtrap only directly publishes to Spotify itself, in addition to feeding the transcript to search engines. To distribute the podcast elsewhere, creators will have to download the mastered podcast they create with Soundtrap, then use another service for distribution.

Given Soundtrap’s higher price point than competitive solutions, that could be a sticking point as it can’t fully replace all aspects of the podcasters’ workflow.

And because Soundtrap is not a hosting solution, podcasters will have to look elsewhere for analytics.

“The Soundtrap team has done a fantastic job with this new product,” said Charlie Hellman, Spotify’s Head of Creator Marketplace, in a statement. “Part of Spotify’s mission is to grow the number of creators able to build podcasts worldwide. Soundtrap for Storytellers gives podcast creators incredible editing capabilities, collaboration in real-time, and the ability to publish their podcast to Spotify,” he added.