Earlier this year, Spartan, the French manufacturer of a silver-lined underwear designed to block EMF radiation from cell phones and wireless routers, relocated to the U.S. and raised some capital from the Los Angeles-based investment firm, Science.

Now the company has relaunched as Lambs and is adding a radiation-proof silver-lined beanie to its $29-per-pair underwear already on sale in the U.S. The company’s goal is to capitalize on paranoia around the effects of cell phone radiation on health and possible links to cancer.

Any link between exposure to radiation from cell phones or wi-fi and cancer or other deleterious health effects is tenuous at best, according to the American Cancer Society, but that didn’t stop Lambs (nee’ Spartan) from launching at the Consumer Electronics Show in 2017 with a pitch designed to prey on fears about the potential health risks.

Indeed, there are no studies that definitively prove a link between radiation emitted by cell phones and cancer. The most serious health risk associated with cell phones is an accident caused by distracted driving, according to the National Cancer Institute.

The three co-founders Arthur Menard, Pierre Louis Boyer, and Thomas Calichiama were undeterred by the science and — spurred on by capital from Science — are expanding on their product line.

Since relocating to the U.S., the team went back to the drawing board and redesigned their underpants to align more with American tastes.

Now, the new and improved underwear and new beanie are going to be available to anyone who wants bacteria-resistant, silver-lined, underwear and headwear so they can wrap precious metals around their family jewels.

The company also plans to launch a line of t-shirts later this year. A line of women’s underwear is also on the roadmap. 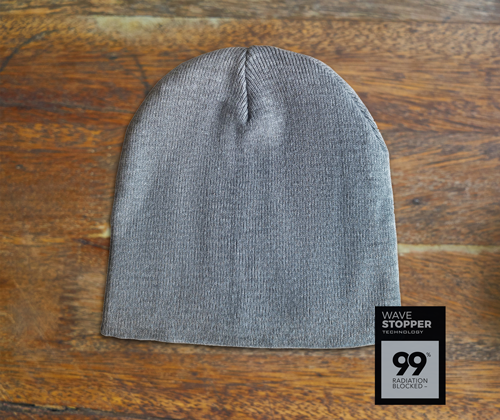