Founders might not believe it, but managing a venture capital firm isn’t all that dissimilar to a startup. Case in point today: InnoVen Capital, one of Asia’s most prominent venture debt firms, has pulled in $200 million in new money to continue its expansion in the region.

The money comes from InnoVen’s two shareholders — Singapore sovereign fund Temasek and Singapore’s UOB — each of which has added $100 million in additional firepower for the fund, which is popularising debt-based financing within Asia’s startup ecosystems.

The organization came to be in 2015 when Temasek acquired the Indian ‘branch’ of Silicon Valley Bank expressly to offer differentiated financing to startups. The spinout was named InnoVen and it quickly expanded beyond India with the opening of an office in Singapore in 2016 and then an outpost in Beijing in early 2018.

The firm operates without a specific fund size unlike many other investors, but already there are some numbers to indicate its growing role in Asia.

That regional play is still in its early days, but already the business has deployed over $500 million in financing to more than 200 companies, according to Ashish Sharma, the former head of GE Capital India who leads InnoVen’s India business.

The fund operates at Series A and beyond and Sharma told TechCrunch that its investment levels have sped up over the past two to three years, thanks in particular to the addition of offices in Southeast Asia and China.

Recent deals from the fund have included investments in Moglix, Carsome, RedDoorz, Awfis and even a stealthy startup, Indonesia-based logistics venture Kargo which included debt within its first round of funding. Already, the Chinese arm has accrued 30 deals in a little over a year, and some of the biggest names backed across the region include Vision Fund company OYO and Naspers investments Swiggy, which recently raised $1 billion, and Byju’s.

Yet despite InnoVen’s increased profile, there remains confusion on the role of venture debt in Asia. Anecdotally, I’ve heard many misguided opinions from so-called venture capital-focused reporters — and not just in Asia — who see debt-based investment as a ‘last resort’ for companies. Its addition in a round is a tell-tell sign of a struggling business, they claim.

“They’ll say ‘We’re raising $100 million, let’s lay in $20 million of venture debt to optimize the dilution,'” Sharma added. “We’ve helped some very large companies use venture debt to get to the next level.” 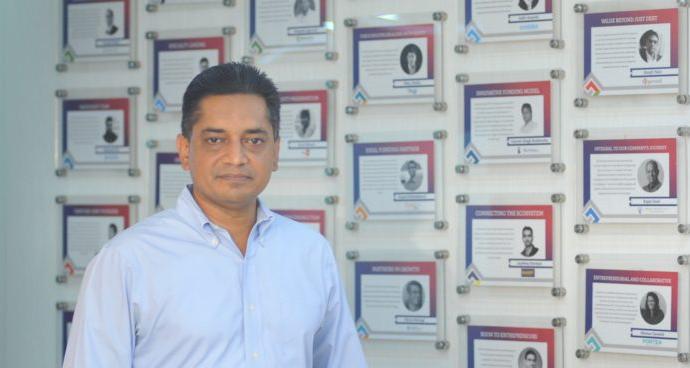 A business that’s misunderstood by many? Check.

Who said running a VC firm isn’t like running a startup?