Aspiring space tourism outfit Virgin Galactic has just announced its readiness to shift its operations to New Mexico’s Spaceport America, from which the company’s first commercial flights will take off. “Virgin Galactic is coming home to New Mexico where together we will open space to change the world for good,” said Virgin founder Sir Richard Branson at a press event.

The plan isn’t exactly a surprise, since Virgin Galactic and New Mexico collaborated on the creation of the spaceport, which at present is the only thing of its kind in the world. But moving from a testing and R&D hangar to a place where actual customers will board the spaceships is a major milestone.

With today's announcement, New Mexico will become one of the first places on this beautiful planet of ours to regularly send humans into space. We are moving our spaceship and our operations team to New Mexico’s @Spaceport_NM. https://t.co/n35fpAsv2W pic.twitter.com/qn6Ph9lpbp

I talked with George Whitesides, VG’s CEO, about what the move really means and, of course, when it will actually happen.

“We’re fulfilling the commitment that we made years ago to bring an operational spaceline to the world’s first purpose-built spaceport,” he told me. “So what does that mean? One, the vehicles are moving, and all the stuff that goes along with operating those vehicles. And all the people that operate the vehicles, and the staff that are so-called customer-facing. And you’ll have all the relevant supply chain folks and core infrastructure folks who are associated with running a spaceline.”

Virgin Galactic touches the edge of space with Mach 2.9 test flight of SpaceShipTwo

Right now, that rather complicated list really only adds up to about a hundred employees — a large part of the workforce will remain in Mojave, where R&D and new vehicle engineering will continue to be based in the form of The Spaceship Company.

“As we move towards commercial services, we’re thinking more about what comes next, like hypersonic and point to point spaceflight,” Whitesides said.

That said, VG isn’t finished with its existing craft just yet. You can expect a couple more, depending on what the engineers think is necessary. But it’s not a “huge number.”

Moving to Spaceport America from its Mojave facilities is being undertaken now for several reasons, Whitesides explained. In the first place, the craft is pretty much ready to go. 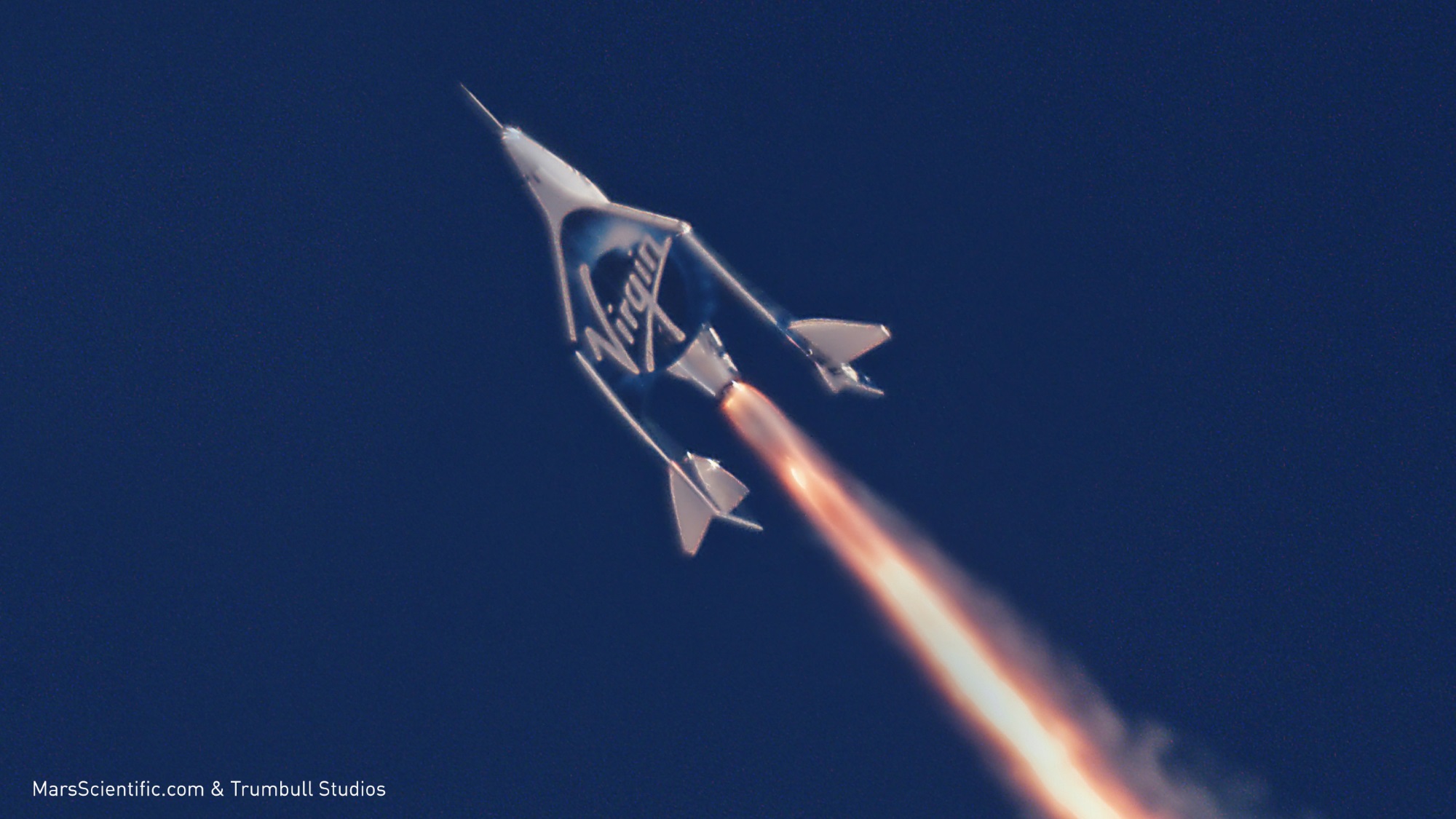 “The last flight we did, we basically demonstrated a full commercial profile, including the interior of the vehicle,” he said. “Not only did we, you know, go up to space and come down, but because Beth was in the back — Beth Moses, our flight instructor — she was sort of our mock passenger. She got up a couple times and moved around, she was able to verify our cabin conditions. So we started thinking, maybe we’re at a place where we could move.”

The paperwork from the FAA and other authorities is in order. The spaceport has been ready for some time, too, at least the difficult parts like the runway, fuel infrastructure, communications equipment and so on. Right now it’s more like they need to pick the color for the carpet and buy the flatscreens and fridges for inside.

“But the people perspective is a key part of this,” Whitesides continued. “These people have families, they have kids. We always thought, wouldn’t it be nice to move over the summer, so they don’t have to leave in the middle of a school year? If we start now, our employees can more easily integrate into the community in New Mexico. So we said, actually let’s just do this right now. It’s a bold choice and a big deal but it’s the right thing to do.”

And what about the vehicles, VMS Eve and VSS Unity? How will they get there? 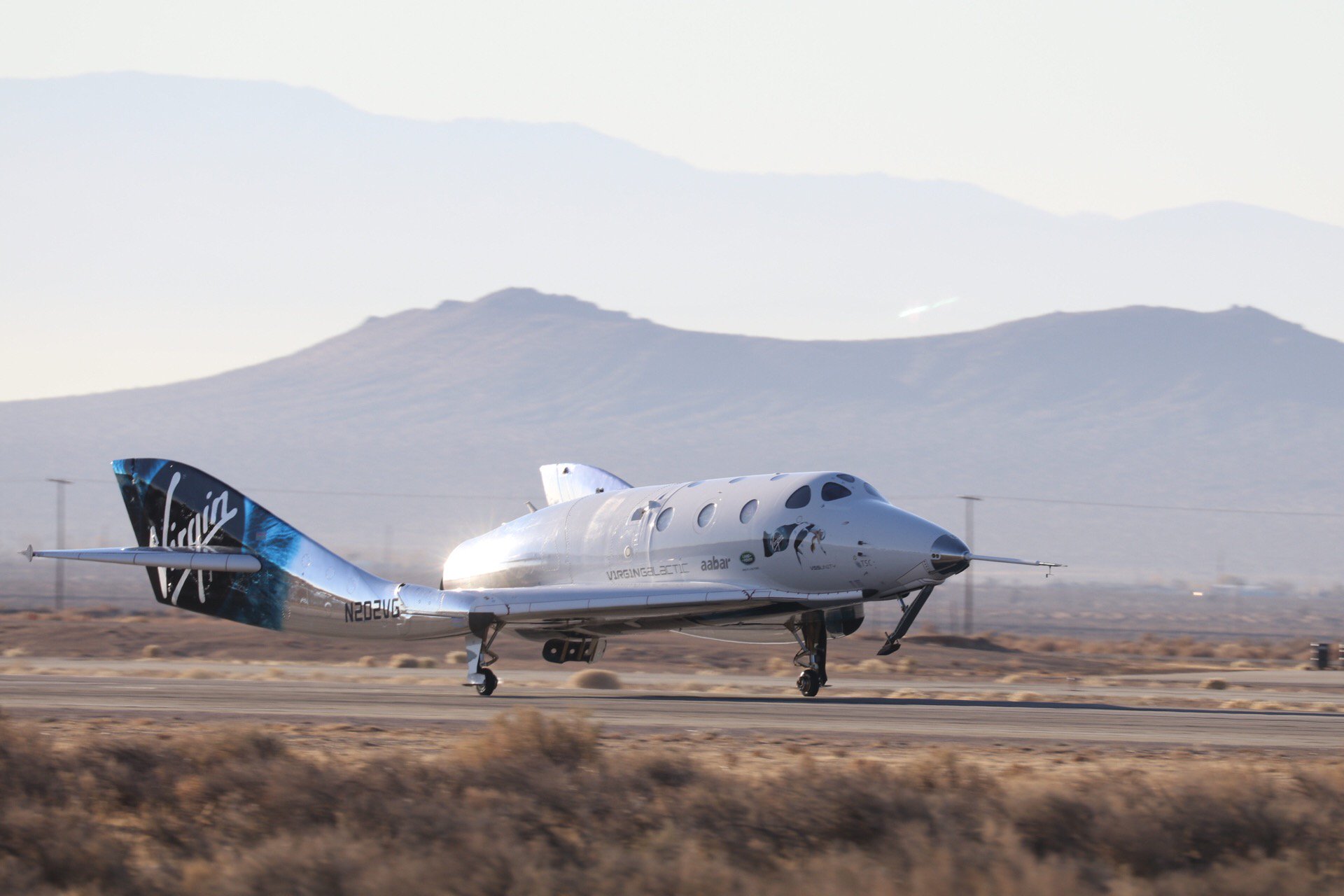 And a lovely base it will be. The spaceport, designed by Foster & Partners in the U.K., is a striking shape that rises out of the desert and should have all the facilities necessary to run a commercial spaceline — it’s probably the only place in the world that would work for that purpose, which makes sense as it was built for it.

“Because we’re horizontal take-off and landing, operationally on the ground side, it basically looks like an airport. The coolest-looking airport ever, but an airport,” Whitesides said. “It’s got a big beautiful runway — but you’ll notice that it’s got Earth to space comms links, this special antenna, and instead of a tower we have a mission control, and of course there’s the special ground tankage — oxidizer tanks and that kind of propulsion related infrastructure.”

The airspace surrounding the spaceport is also restricted all the way from the surface up to infinity, which helps when your flights span multiple air traffic levels. “And it’s already a mile up, so that’s an asset,” Whitesides observed. A mile closer to space — more a convenience than a necessity, but it’s a good start.

The actual moving operations should take place over the summer. The remaining test flights aren’t yet scheduled, but I’m sure that will soon change — and you’ll definitely hear about it when the first commercial flights are put on the books.