More dismal news from the smartphone number crunchers. New figures out of Canalys put the North American smartphone market at five-year low for the first quarter of 2019. That’s…bad. But also, in line with what we’ve been seeing globally. The market has stagnated, and while manufacturers aren’t in full-on panic mode, there’s certainly cause for concern.

Shipments dropped from 44.4 million down to 36.4 million, marking an 18% drop year over year for the first quarter. Canalys says it’s the steepest drop it’s recorded for the category, chalking up some of the issues to “a lackluster performance by Apple and the absence of ZTE.” 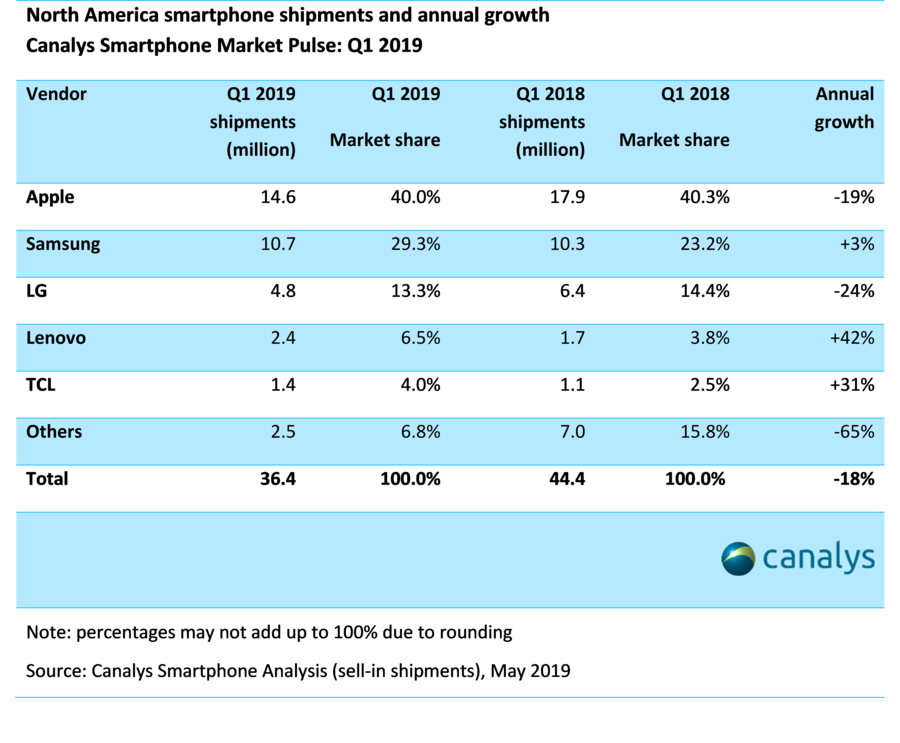 Apple is still the top of the heap, commanding 40% of the North American market with help from the sale of older discounted units. But Samsung managed to tighten the gap on the back of a successful Galaxy S10 launch. The company grew by 3% for the year, up to 29.3% of the market.

LG, Lenovo and TCL rounded out the top five, with the latter two making pretty solid market-share strides. The remainder of the market took a massive hit, however, with a 65% drop in shipments. Analysts seem confident that 5G’s imminent arrival will help give the market a boost in coming quarters, but it’s going to be hard for manufacturers to maintain that momentum.