Today at a packed event blocks from the White House, Jeff Bezos took the stage in front of select members of the media, executives, government officials and a gaggle of middle schoolers to reveal new details of his plan to get to the Moon by 2024.

Blue Origin is going to send humans to space on New Shepard later this year and has unveiled a lunar lander, called “Blue Moon,” to access the resource-rich lunar surface, Bezos said.

Setting the stage with Neil Armstrong’s famous words as the first man to walk on the moon, Bezos took to the stage to explain his vision of answering a very simple question. Given the finite resources available to humanity, “where would a trillion humans live?”

It’s a vision that Bezos has articulated before.

For Bezos, the only impediment to this space utopia comes down to a mundane roadblock that the founder of Amazon knows all-too-well — the lack of logistics and infrastructure to drive down costs.

According to NASA and the U.S. government, that road is going to go through the Moon, which is one reason Bezos unveiled the lunar lander today.

U.S. Vice President Mike Pence in March called on NASA to use “any means necessary” to put American astronauts on a Moon-orbiting space station and eventually on the Moon’s South Pole by 2024.

But why the South Pole? Because of the ice.

Speaking at a National Space Council meeting, NASA Administrator Jim Bridenstine stated that NASA scientists estimate there are upwards of 1 trillion pounds of ice at the lunar poles. This estimate comes from data collected by the Indian Space Research Organization’s Chandrayaan-1 lunar orbiter, which detected the ice-hiding craters tilted away from the sun.

The ice is locked in these craters, unable to evaporate, as temperatures reportedly never rise above -250 degrees Fahrenheit in these spots. NASA hopes to use this ice to make rocket fuel.

“In this century, we’re going back to the Moon with new ambitions,” Pence said in March. “Not just to travel there, but also to mine oxygen from lunar rocks that will refuel our ships, to use nuclear power to extract water from the permanently shadowed craters of the south pole, and to fly on a new generation of spacecraft that will enable us to reach Mars in months, not years.”

Startups like Momentus are already building spacecraft that use alternative fuel sources (like oxygen) to propel their vessels.

Pence’s proclamation came after delays forced NASA to push back the first crewed mission to the Moon until 2028. NASA’s Space Launch System (SLS) has been in development for years amid delays and budget cuts.

Returning to the moon is set to be a pricey venture, and even more so given the updated target. NASA and the U.S. Office of Management and Budget calculated the cost, but have yet to reveal the price tag to the American public.

“Right now, [the cost estimate is] under review, and we can’t come up with a number,” Mark Sirangelo, special assistant to NASA Administrator Jim Bridenstine, said today during a hearing of the space and aeronautics subcommittee of the U.S. House of Representatives’ Science, Space, and Technology committee. “We’ve provided the information, and the discussions have been very positive and open, and as soon as those discussions are complete and OMB has approved the numbers, they’ll provide them to you.”

As Space.com reminds, returning to the Moon has been part of official U.S. policy since December 2017 after President Trump signed Space Policy Directive 1.

Though NASA has yet to reveal the detailed plan, the general timeline calls for crewed Moon landings in the late 2020s, paving the space road to Mars landings in the 2030s.

That’s where Blue Origin comes in. 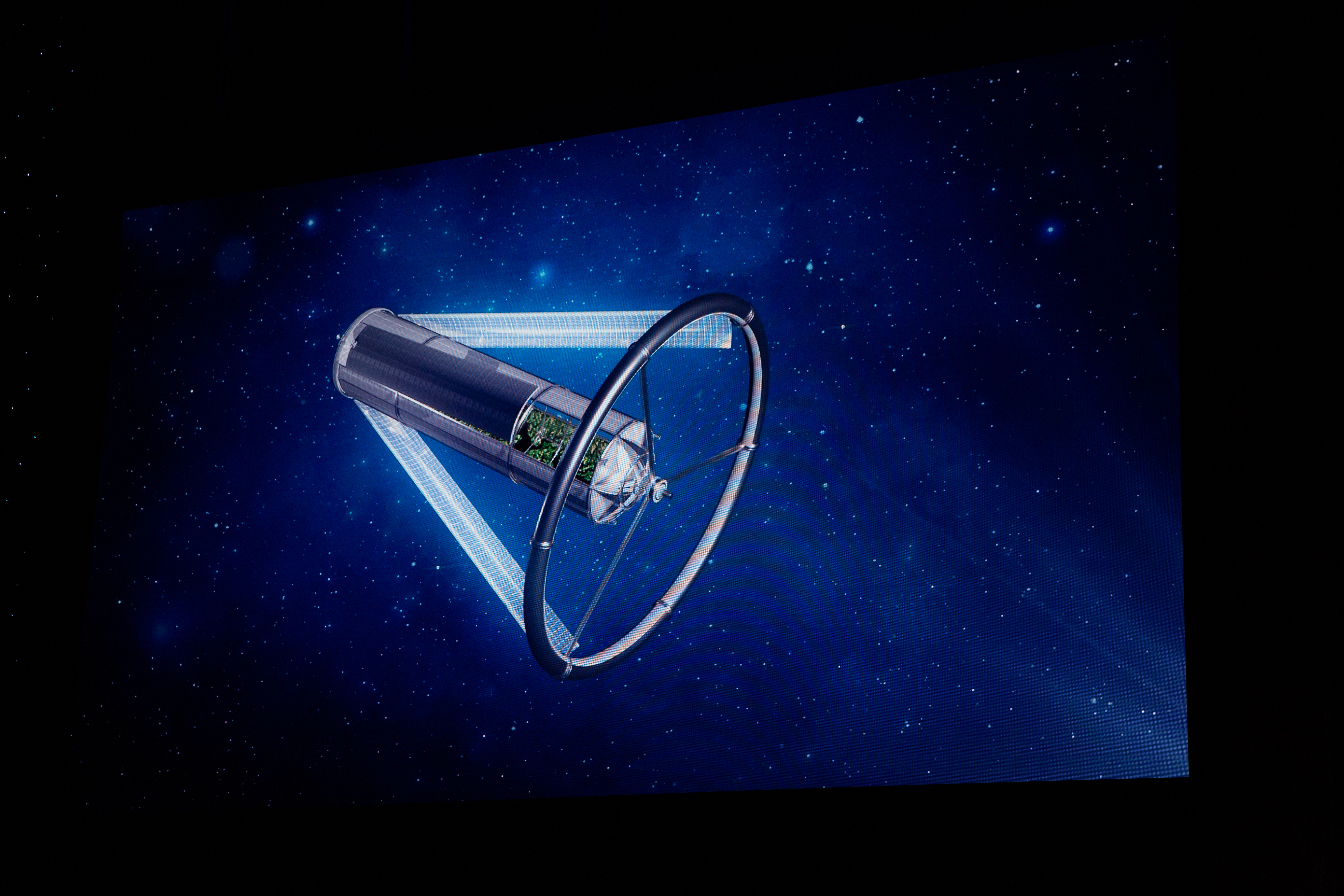 In addition to the lunar lander, Blue Origin has two space vehicles in development. The New Shepard is a suborbital rocket designed for short-duration flight and not launching large satellites into orbit. That will be handled by the New Glenn, which is slated for a 2021 launch and will be able to ferry 45,000 kg of goods to low Earth orbit. Both rocket platforms are designed for reusability.

Last week the Blue Origin New Shepard completed its 11th mission after launching and landing while carrying 38 experiments into low Earth orbit. The New Shepard rockets to 100 kilometers, at which point the capsule detaches and continues upwards on its momentum. The tests (or eventually humans) onboard are exposed to several minutes of microgravity before the capsule descends back to Earth on three parachutes. The New Shepard rocket itself lands independently on its deployable struts.

It’s this launch platform Bezos intends to use in part for space tourism. Tickets could cost $200,000-$300,000 according to a Reuters report last year.

Meanwhile, SpaceX has taken a different path, designing and producing larger and larger rockets. The Falcon Heavy is the company’s current largest rocket and is capable of carrying 63,800 kg to low Earth orbit. SpaceX is also working on its next-generation launch platform, Starship, that is said to be able to lift more than 100,000 kg of goods to low Earth orbit. The first orbital fight for Starship is planned for 2020.

There is plenty of space for both companies and others. Startups like Rocket Lab, Virgin Galactic and Vector are also developing launch platforms intended to be used by commercial operations and government bodies. These startups have to compete with incumbents such as the Russian government and the United Launch Alliance, which is co-owned by Lockheed Martin and Boeing. And that’s just the rockets. Other startups are springing up to build different components, satellites, landers and telematic solutions needed for space travel.

“It’s time to go back to the Moon. This time to stay,” said Bezos.