Today at an intimate event in Washington, DC, Jeff Bezos took the wraps off some grand space plans. But that future, which includes trips to the lunar surface, isn’t much without the gear to get it there.

Among the more impressive unveils was Blue Moon, a new lunar lander. Bezos unveiled the vehicle, which was hidden behind a curtain for much of the event. “This is an incredible vehicle,” he told the crowd, “and it’s going to the Moon.” Powered by liquid hydrogen, the lander has an on-board system capable of navigating in space. It also utilizes gigabit internet to communicate back to Earth using a laser.

Micro-satellites can also be strapped to the top of the rover and deployed in lunar orbit.

Blue Moon features an on-board lidar system capable of mapping lunar terrain, in order to choose the right landing site. According to Bezos, the system uses existing maps of the Moon’s surface to determine where to navigate relative to known landmarks. The vehicle features landing gear that’s stowed in an upward configuration and capable of landing on inclines up to 15 degrees. It’s capable of transporting 3.6-6.5 metric tons of payload, which includes humans and a rover, also unveiled onstage. 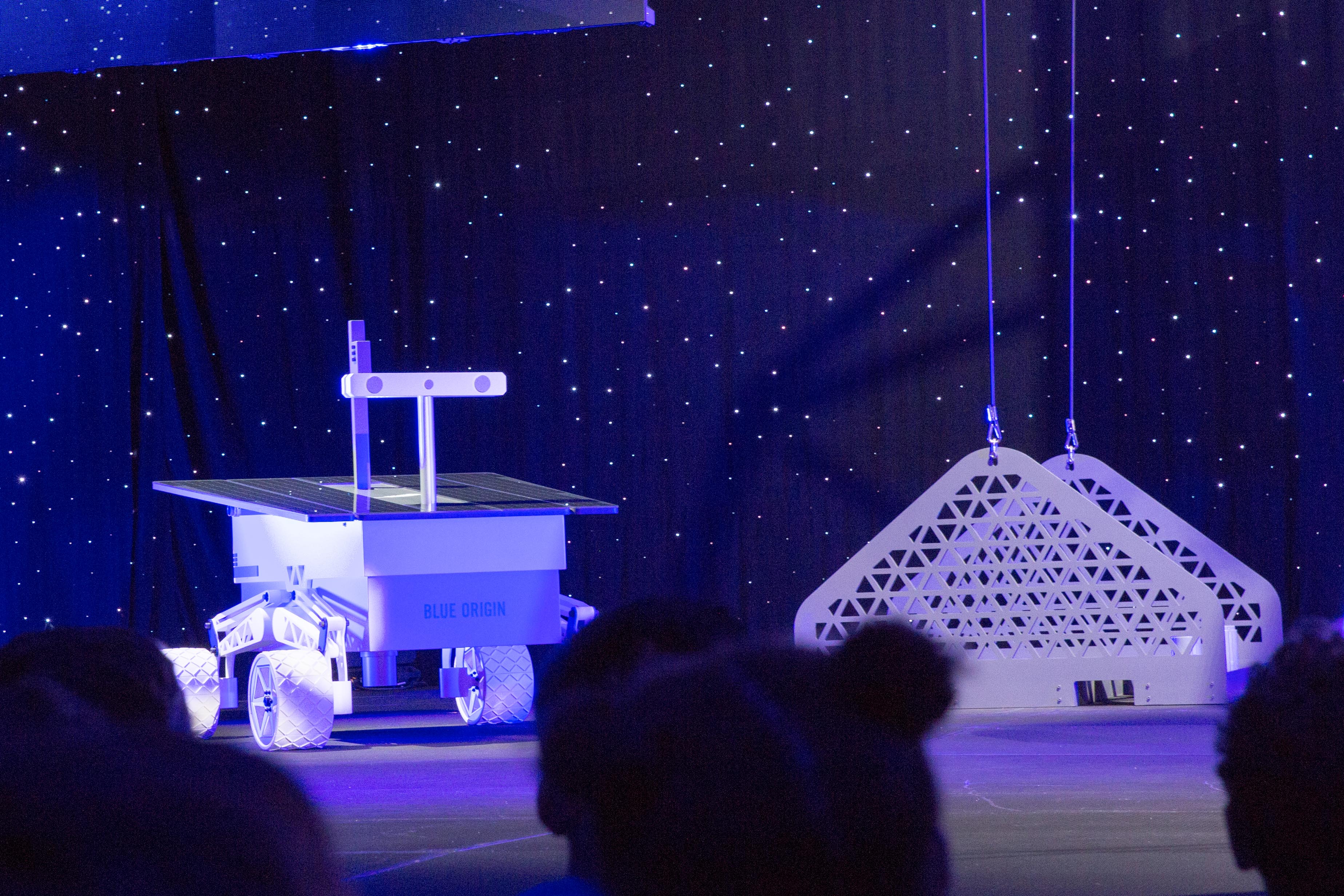 Bezos didn’t offer much in the way of specifics on the latter at the event, instead using the opportunity to lay out long-range plans for helping future generations deal with resource scarcities on Earth brought on by a rapidly increasing human population. As noted earlier, Bezos’s big unveil comes as the White House is making an aggressive push to kickstart a return to space travel.

Vice President Mike Pence recently discussed hopes for returning astronauts to the Moon by 2024, and President Trump has made several public statements about hopes for a landing on Mars during his presidency. While the administration will look at NASA first, they no doubt will also consider private space companies like Blue Origin and SpaceX to help achieve their goals through contracted work. Perhaps a joint appreciation of space travel will be enough for Trump and Bezos to at least temporarily put away longstanding differences — though that might be the biggest moonshot of all.

Bezos offered up a 2024 time frame for the lander, which handily dovetails with Pence’s stated goals.