“Drivers united will never be defeated!”

That’s the chant hundreds of drivers yelled outside Uber’s San Francisco headquarters this afternoon before heading to block Market Street. Ahead of Uber’s IPO, drivers are protesting for better wages, benefits, transparent policies and a voice, Uber driver and Gig Workers Rising member Mostafa Maklad told TechCrunch ahead of the protest.

“Uber year after year keeps cutting the rate and how much money they pay to drivers year after year,” Maklad said. “Right now, to make the same money I used to make when I started, you have to drive between 70 to 80 hours a week to make even a little less than how much money I used to. They put a lot of stress on us drivers to drive a lot of hours in order to make money. If you don’t, you can’t make money and it’s not going to be worth it.” 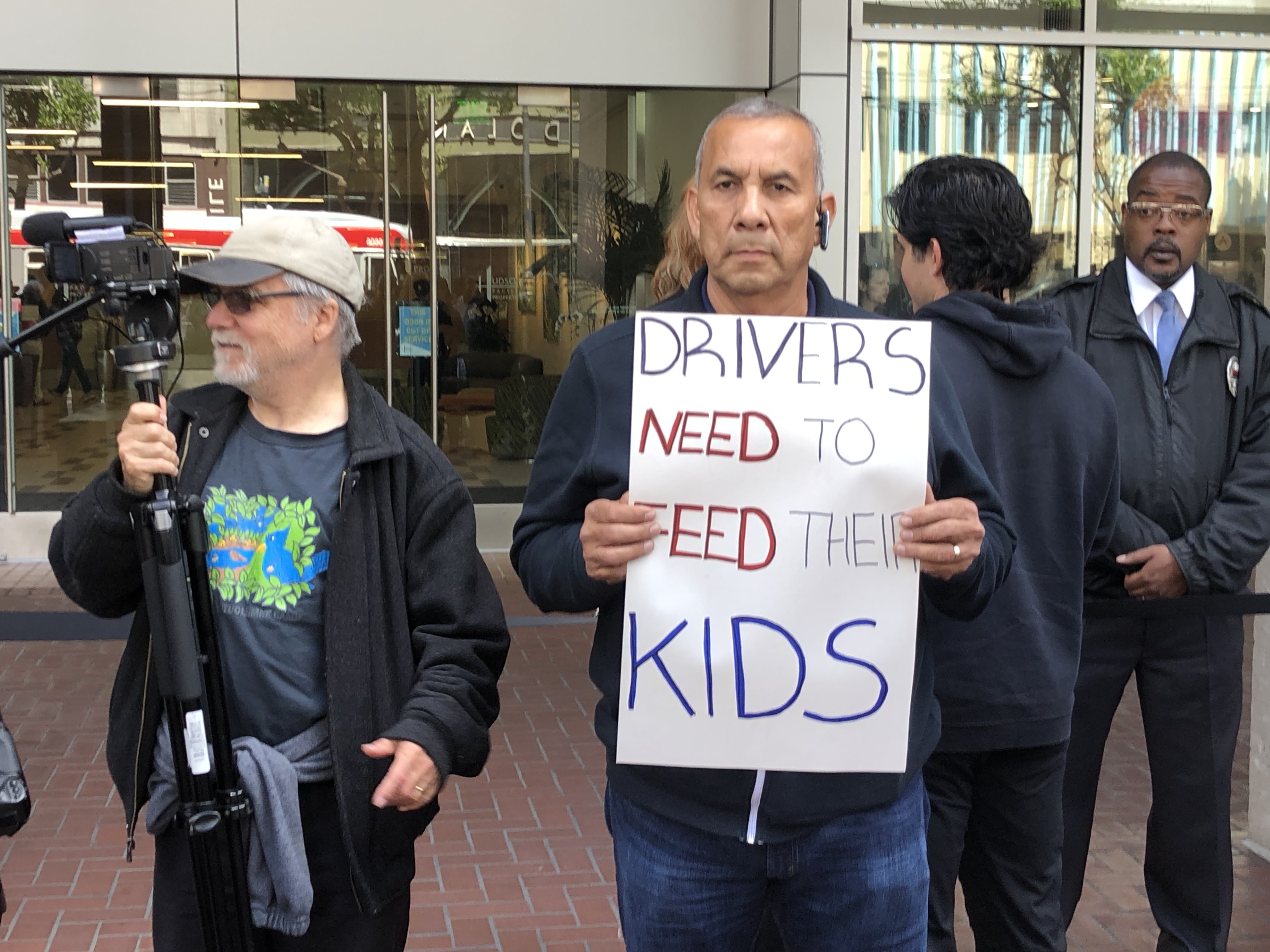 In addition to drivers and activists, SF Supervisor Gordon Mar was of the people advocating for driver rights today.

”We can disrupt inequality,” Mar said. “We can work toward a future where all people benefit from the prosperity here in San Francisco.”

“All of us are not happy, not just with the award, but with the way they treat drivers,” Maklad said. 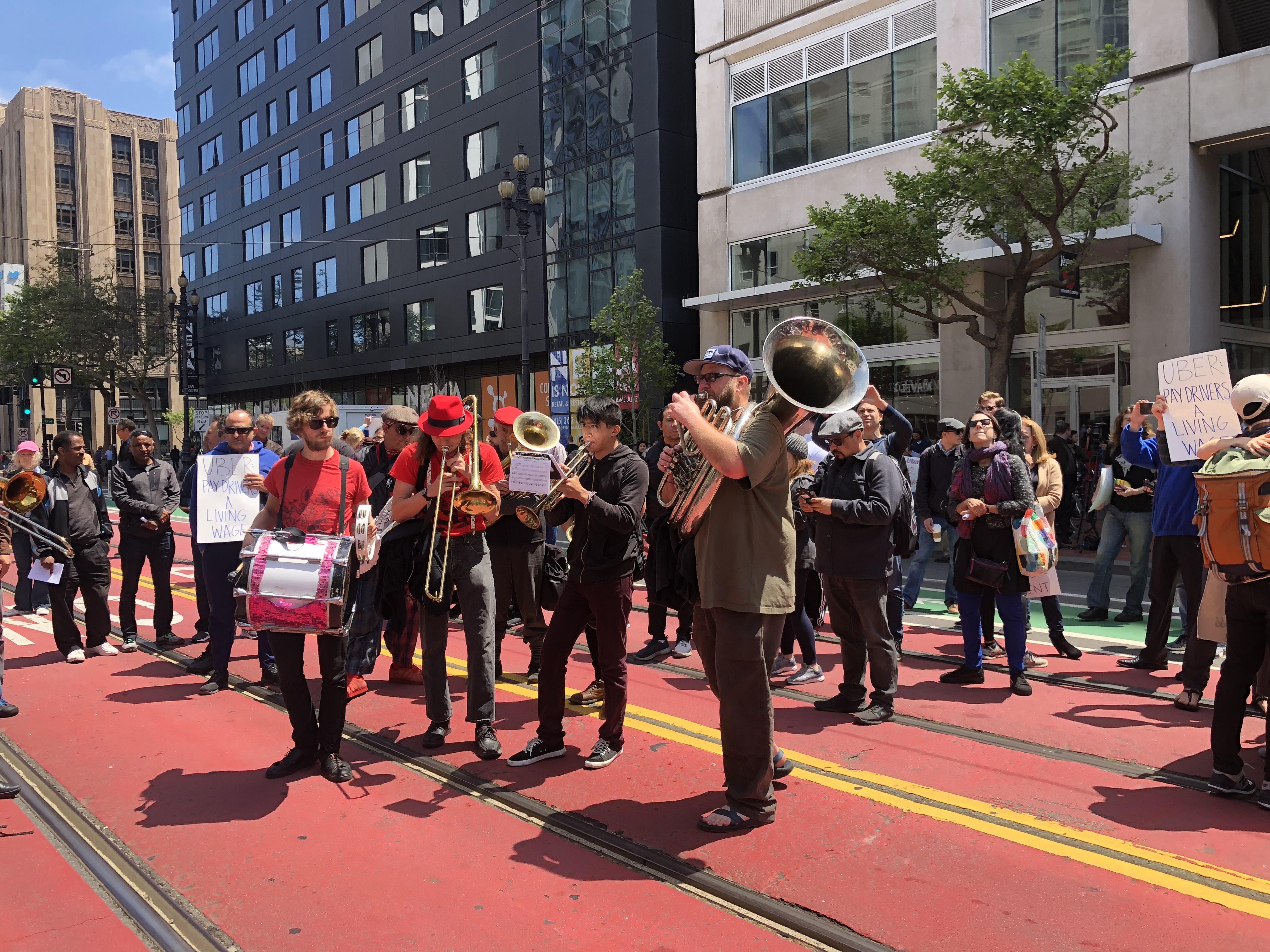 While some drivers want to be W-2 employees and others don’t mind being 1099 independent contractors, these drivers are united around those four key demands.

“Whether we are classified as independent contractors or employees, we are workers and human beings and deserve to be treated with dignity,” Maklad said. “They are making millions of dollars off our back and labor.”

The protest in San Francisco is a part of a bigger, worldwide effort to strike. Last week, The New York Taxi Workers Association called on U.S.-based drivers to stand in solidarity with drivers in London and log off from both Uber and Lyft today between 7 a.m. and 9 a.m.

Uber is pricing its IPO between $44 to $50 a share, seeking a valuation up to $84 billion. Lyft set a range of $62 to $68 for its IPO, seeking to raise up to $2.1 billion. Since its debut on the Nasdaq, Lyft’s stock has suffered after skyrocketing nearly 10% on day one. Lyft is currently trading at around $60 per share.

In a statement to TechCrunch earlier this week, Uber said:

“Drivers are at the heart of our service — we can’t succeed without them — and thousands of people come into work at Uber every day focused on how to make their experience better, on and off the road,” an Uber spokesperson said. “Whether it’s more consistent earnings, stronger insurance protections or fully funded four-year degrees for drivers or their families, we’ll continue working to improve the experience for and with drivers.”

Uber had nothing to share beyond the statement it provided above, but says service reliability hasn’t been affected.