Lora DiCarlo, a startup coupling robotics and sexual health, has $2 million to shove in the Consumer Electronics Show’s face.

The same day the company was set to announce their fundraise, The Consumer Technology Association, the event producer behind CES, decided to re-award the Bend, Oregon-based Lora DiCarlo with the innovation award it had revoked from the company ahead of this year’s big event.

“We appreciate this gesture from the CTA, who have taken an important step in the right direction to remove the stigma and embarrassment around female sexuality,” Lora DiCarlo founder and chief executive officer Lora Haddock (pictured) told TechCrunch. “We hope we can continue to be a catalyst for meaningful changes that makes CES and the consumer tech industry inclusive for all.”

In January, the CTA nullified the award it had granted the business, which is building a hands-free device that uses biomimicry and robotics to help people achieve a blended orgasm by simultaneously stimulating the G spot and the clitoris. Called Osé, the device uses micro-robotic technology to mimic the sensation of a human mouth, tongue and fingers in order to produce a blended orgasm for people with vaginas. 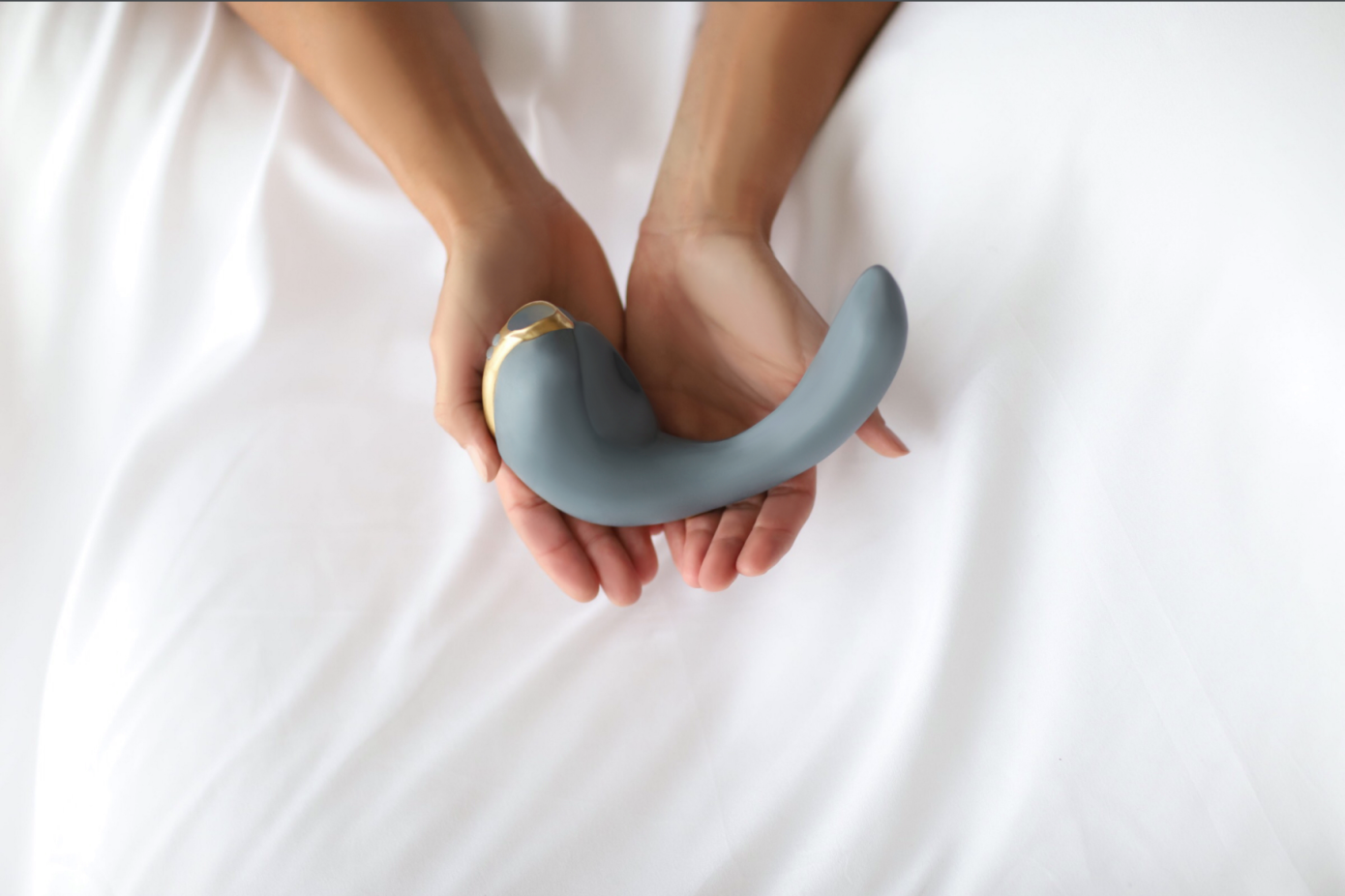 Lora DiCarlo’s debut product, Osé, set to release this fall. The company says the device is currently undergoing changes and may look different upon release.

“CTA did not handle this award properly,” CTA senior vice president of marketing and communications Jean Foster said in a statement released today. “This prompted some important conversations internally and with external advisors and we look forward to taking these learnings to continue to improve the show.”

Lora DiCarlo had applied for the CES Innovation Award back in September. In early October, the CTA notified the company of its award. Fast-forward to October 31, 2018 and CES Projects senior manager Brandon Moffett informed the company they had been disqualified. The press storm that followed only boosted Lora DiCarlo’s reputation, put Haddock at the top of the speakers’ circuit and proved, once again, that sexuality is still taboo at CES and that the gadget show has failed to adapt to the times.

In its original letter to Lora DiCarlo, obtained by TechCrunch, the CTA called the startup’s product “immoral, obscene, indecent, profane or not in keeping with the CTA’s image” and that it did “not fit into any of [its] existing product categories and should not have been accepted” to the awards program. CTA later apologized for the mishap before ultimately re-awarding the prize.

At the request of the CTA, Haddock and her team have been working with the organization to create a more inclusive show and better incorporate both sextech companies and women’s health businesses.

“We were a catalyst to a huge, resounding amount of support from a very large community of people who have been quietly thinking this is something that needs to happen,” Haddock told TechCrunch. “For us, it was all about timing.”

Lora DiCarlo plans to use its infusion of funding, provided by new and existing investors led by the Oregon Opportunity Zone Limited Partnership, to hire ahead of the release of its first product. Pre-orders for the Osé, which will retail for $290, will open this summer with an expected official release this fall.

“We are aiming for that hands-free, human experience,” Haddock said. “We wanted to make something really interesting and very different and beautiful.”

Next year, Haddock says they plan to integrate their products with virtual reality, a step that will require a larger boost of capital.

Haddock and her employees don’t plan to quiet down any time soon. With their newfound fame, the team will continue supporting the expanding sextech industry and gender equity within tech generally.

“We’ve realized our social mission is so important,” Haddock said. “Gender equality, at its source, is about sex. We absolutely demonize sex and sexuality … When you talk about removing sexual stigmas, you are also talking about removing gender stigmas and creating gender equity.”