Today, the Android platform sees more app downloads than iOS, but Apple’s App Store continually dominates in terms of revenue. Now, Google is aiming to narrow the revenue gap by introducing a new way for users in emerging markets to pay for apps: with cash. The company today announced it’s launching “pending transactions,” which offers users different ways to pay that don’t require a credit card or any other traditional form of online payment.

Lack of access to credit is one of many reasons why users in emerging markets gravitate towards free-to-play and ad-supported games and applications, instead of paid downloads and in-app purchases.

To address this problem, Google has already rolled out other payment options over the years — like support for eWallets, UPI in India, and carrier billing, for example. Over the past year, it’s added 20 more carrier billing partnerships, bringing the total number of carriers supporting this option to over 170 worldwide, to reaching over a billion users through this one billing option.

But carrier billing isn’t a universal option, and it’s not always a preferred one.

To reach those users who rely more on cash, Google is now rolling out another payment option.

“We know that emerging markets are a key area of growth for you all, which is why we’re excited to announce ‘pending transactions,'” said Aurash Mahbod, the Director of Engineering responsible for the Play Store and Games on Google Play, speaking at the Google I/O Developer conference today.

“This is a new class of delayed form of payment – like cash, bank transfer and direct debit,” he explained. 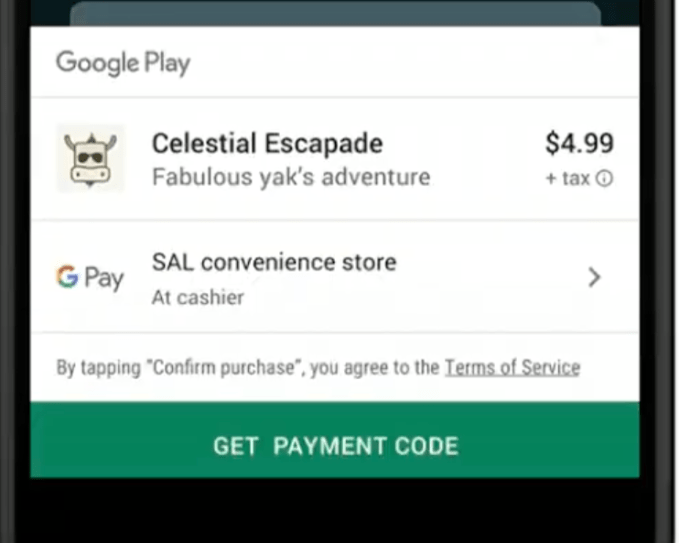 The option gives an Android user the ability to choose an alternative payment method at checkout when paying for an application or in-app purchase. Instead of charging an attached credit card, for instance, the user can instead opt to receive a payment code which they can use to pay for their purchase using cash at a nearby store.

Once at the store, the user shows the payment code to the cashier and pays. Within 10 minutes after completing the transaction, the user will receive their purchase and an email with their proof of payment. (The fine print notes this can take up to 48 hours, at times, however).

While this makes paying for apps and updates easier for cash-only Android users, if they later want a refund, they won’t get cash back — only Play Store credit. 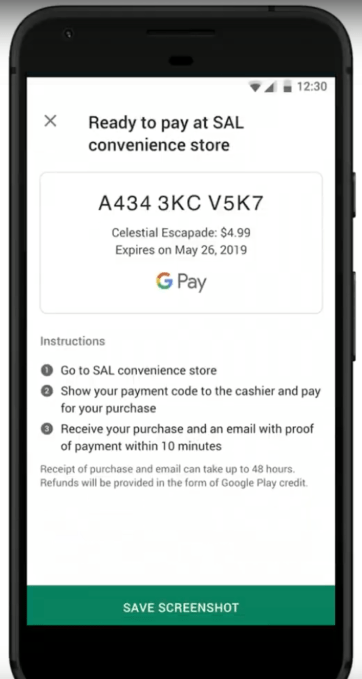 The Pending Transactions option is one of several updates arriving in the new Google Play Billing Library (version 2.0), but is the most interesting in terms of what it means for increasing the number of paid transactions in emerging markets.

Another notable update is the option, “Subscribe & Install”, which offers users a free trial subscription at the same time they install the app — all in one click of a button.

This feature is currently available in Early Access, and partners who have used the option are seeing an average of 34% growth in paid subscribers, Google said.

More information about the new options will be posted to the Android Developers site here.