One major — and somewhat unexpected — theme at Microsoft’s Build developer conference this week is autonomous robots. After acquiring AI startup Bonsai, which specialized in reinforcement learning for autonomous systems, the company today announced the limited preview of a new Azure-based platform that is partially built on this acquisition and that will help developers train the models necessary to power these autonomous physical systems.

“Machines have been progressing on a path from being completely manual to having a fixed automated function to becoming intelligent where they can actually deal with real-world situations themselves,” said Gurdeep Pall, Microsoft vice president for Business AI. “We want to help accelerate that journey, without requiring our customers to have an army of AI experts.”

This new platform combines Microsoft’s tools for machine teaching and machine learning with simulation tools like Microsoft’s own AirSim or third-party simulators for training the models in a realistic but safe environment, and a number of the company’s IoT services and its open-source Robot Operating System.

In preparing for today’s launch, Microsoft worked with customers like Toyota Material Handling to develop an intelligent and autonomous forklift, for example, as well as Sarcos, which builds a robot for remote visual inspections that are either unreachable or too dangerous for humans. Typically, Sarcos’ robot is remotely controlled by an operator. After working with Microsoft, the company built a system that allows the robot to autonomously traverse obstacles, climb stairs and climb up metallic walls. What’s important here, though, is that there is still a human operator in the loop, but because the robot can sense its surroundings and move autonomously, operators can focus on what they are seeing instead of having to deal with the mechanics of steering the robot. 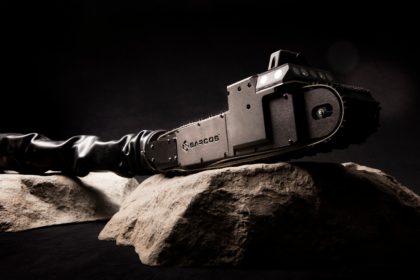 “We are looking to offload the tasks that can be automated — how does the robot climb a stair? How does it move around an obstacle? — so the operator can focus on the more important parts of the job,” said Kristi Martindale, the executive vice president and chief marketing officer for Sarcos. “The human is still there to say, ‘No you actually want to go to that obstacle over there because maybe that obstacle is a person who is hurt.’ ”

Bonsai CEO Mark Hammond echoed this: “In any sort of operation where you have a mechanical system that interacts with the physical world, you can probably make it smarter and more autonomous. But keeping people in the loop is still very desirable, and the goal is really to increase the capabilities of what those humans can do.”

Although robots are a flashy use case, Microsoft is also looking at more pedestrian use cases like cooling and heating systems that autonomously react to temperature changes.