Alaska is disconnected from the rest of the U.S. in a lot of ways — that’s kind of the point of Alaska. But giving residents the choice to participate in the modern online world is important for the state’s prosperity, and to that end one of the state’s largest broadband providers is collaborating with Canada to lay hundreds of miles of high-speed fiber connecting Alaska to the rest of the country.

The Alaska Canada Overland Network from co-op telecom MTA will directly connect the northern state to the lower 48, as the name suggests, over land for the first time, improving connections statewide with a 100-terabit connection that could grow as better tech empowers the fiber.

To be clear, Alaska is hardly an island right now — but connectivity is slower and more complicated than it needs to be for the kind of high-bandwidth tasks many take for granted. Most traffic from Alaska has to travel out through one of four aging submarine cables, traveling down to Seattle, where the nearest peering facility is, before heading out to the broader internet. Not a problem if you’re just downloading an album, but the increased latency and reduced bandwidth may make things like HD video a chore, as well as adding friction to industries like web development.

“Businesses forget about Alaska. They forget it’s part of the states,” said MTA’s CEO, Michael Burke, in an interview with TechCrunch. Although a major project recently concluded connecting outer communities to the state’s backbone, it didn’t add to the pool of bandwidth available — it might just have put more people on the same lines. “Terabit capacity requires a lot of backhaul. And some of these cables are 20 years old — I don’t know how much more can be squeezed out of them.”

The solution is of course to build better infrastructure, but how do you do that when there are 2,000 miles of another country between origin and destination?

In fact Canada is facing similar problems, as I wrote about years ago, in that it struggles to connect its populous south with the wild, sparsely inhabited north. And it turns out that over the years, investments in connectivity have added up.

Twenty years back or so, when work was being done laying broadband infrastructure, very little fiber had been built north away from Canada’s southern border. If you’d wanted to lay a cable from Alaska to Seattle it would have been 2,000 miles long.

“What’s happened quietly since then is there’s been a lot of fiber builds in Canada,” Burke said. “Canadians are just like the U.S., they want to build out fiber into the rural areas. And they’ve constructed fiber all the way to Haines Junction, which is only 200 miles away from the U.S.-Canada border.”

That means that instead of building a 2,000-mile deployment from scratch, they can run a couple hundred miles and connect with existing infrastructure. 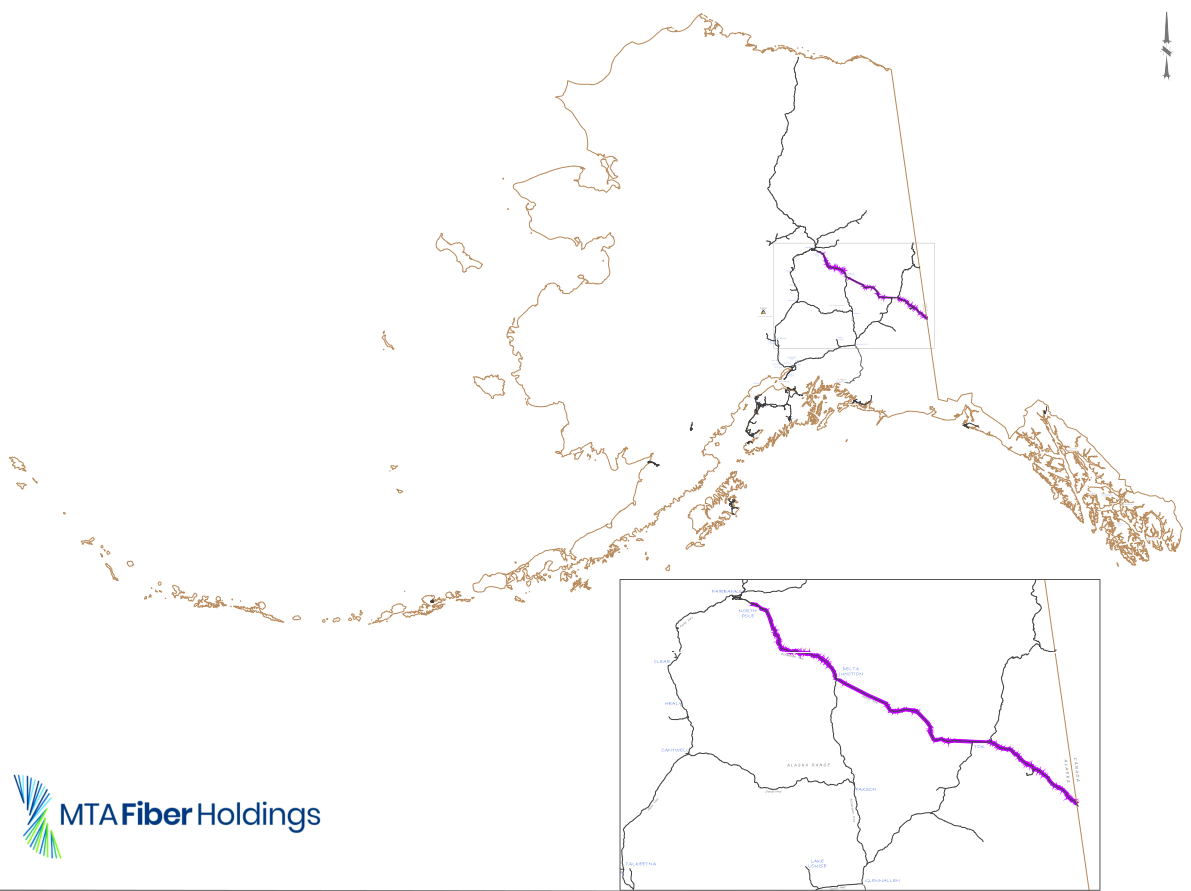 It’s a win-win operation: The fiber will be used to send traffic from Alaska’s interchange at the border down to Seattle, just like the submarine cables except way faster. MTA is providing money to the Canadian providers to build out the fiber that extra distance, which they might not have invested in otherwise (there’s no government money involved, it’s a private endeavor). But having done so, the new infrastructure will add redundancy to the region’s systems and provide a base on which to build more if necessary. Traffic between Alaska and Canada will also be massively accelerated, as it can just jump in at the border rather than go through Seattle.

But isn’t even a few hundred miles of fiber a chore to lay down? Well, yes — but coastal British Columbia isn’t upper Nunavut.

“This project is more like what you’d see in any other state,” said Burke. “We’re running it along the Alaska-Canadian Highway, it’s well maintained. It’s not as technically challenging and difficult as places you have to cross terrain where there’s no roads.”

“The surveying and preliminary work has been done,” he continued. “The materials have been purchased. They’re going to start trenching and laying fiber next week — it’ll be done and lit up in 2020.”

It’s not always worth calling attention to when companies lay down fiber, as crucial as it is to our modern economy. But this is a particularly interesting case and one that stands to make a big difference for a lot of people in a place, as Burke noted, often forgotten by the vanguard of the information age.