The changes continue to roll at Honestbee. Fresh from pausing operations in four countries and announcing plans to lay off 10% of its staff, the Singapore-based online grocery startup has let CEO Joel Sng go, two sources with knowledge of his exit told TechCrunch.

Sng, who co-founded Honestbee back in 2015 and previously served as an advisor with its investor Formation 8, cleared his desk and vacated his office yesterday, according to sources.

Update: In an announcement shared with media today — May 2, one day after this story was published — Honestbee confirmed Sng has left. It claimed that he has resigned. In a company-wide email that was sent last night (and shared with TechCrunch), Sng denied his impending departure.

“Guys, just want to let everyone know of the fake news article on tech crunch,” [sic] he wrote. “I am not an abandon ship person and I will never leave the company to be rudderless.”

Our original report continues below

Sng’s apparent exit comes after we reported that Honestbee had told staff that it is in the process of securing funding that it claims will provide an additional year of runway for the business. Sources who spoke to TechCrunch said it has not been announced how much that funding is, or which investor is providing it.

Honestbee had held acquisition talks with Grab, Go-Jek and others in recent weeks. 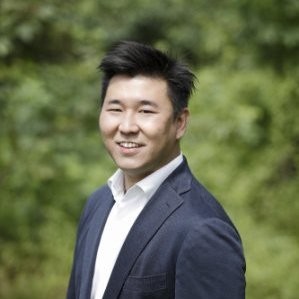 It isn’t immediately clear who will take over from Sng. Sources previously told TechCrunch that Sng’s right-hand man is Roger Koh, whose LinkedIn lists his current job as a principal with Formation 8. Formation 8 led Honestbee’s $15 million Series A round in 2015. The fund has since shut down and its stake appears to have transferred to Formation Group, according to the firm’s website.

Filings show that Honestbee has raised at least $46 million since that Series A. Its high burn rate suggests it may have raised even more, but nothing has been announced or filed, while former staff have told TechCrunch that only Sng and Koh have access to financial details.

The company is going through some turbulent times. We reported last week that a cash crash — not helped by a burn rate of $6.5 million per month — had left suppliers unpaid, payroll for April uncertain and morale low among Honestbee’s estimated 1,000 staff.

The company announced a series of cost-cutting measures that will see it temporarily cease business in Hong Kong, Indonesia, Japan and the Philippines while it conducts a review. It has also stopped offering food delivery, an additional service it launched in recent years, in Thailand and Hong Kong.