The only job named in and protected by the U.S. constitution is journalism. But when it’s under attack from fake news, misinformation, and the supposed defender-of-the-constitution-in-chief, who looks out for the press?

Reporters have an unlikely ally in the late night comedy circuit.

Late night television has a steady stream of male comedians ready to cursorily pick apart the news of the day, often mocking the dispatches of the press — typically the government — before they turn to a light hearted interview with a celebrity to round off the night.

But not Samantha Bee. The Canadian-born comedian and former ‘Daily Show’ correspondent, is the only female comedian with a late-night show, Full Frontal, and doesn’t waste a second not holding the powers to account. Her show, which films and airs on TBS every Wednesday, offers a weekly record of the abuses of the government by bringing both the big stories and the little-read reports to her massive viewing audience.

It’s no surprise that President Trump, an ardent critic of the press, declined for the third consecutive year to attend Saturday’s White House Correspondent’s Dinner, an annual gala for the White House press corps that “celebrates” the First Amendment’s protections of free speech — often by taking comical potshots at the commander-in-chief himself. The only saving grace for the president’s would-be roasting is the dinner’s organizers, the White House Correspondents’ Association, dropped the traditional comedy set altogether after Michelle Wolf’s pointed if not controversial set last year — which Bee herself defended.

Enter Bee with her own rival event, the aptly named Not The White House Correspondent’s Dinner, a party in its third year for “the free press… while we still have one,” said Bee.

“We’re throwing the party they should be having,” she said. 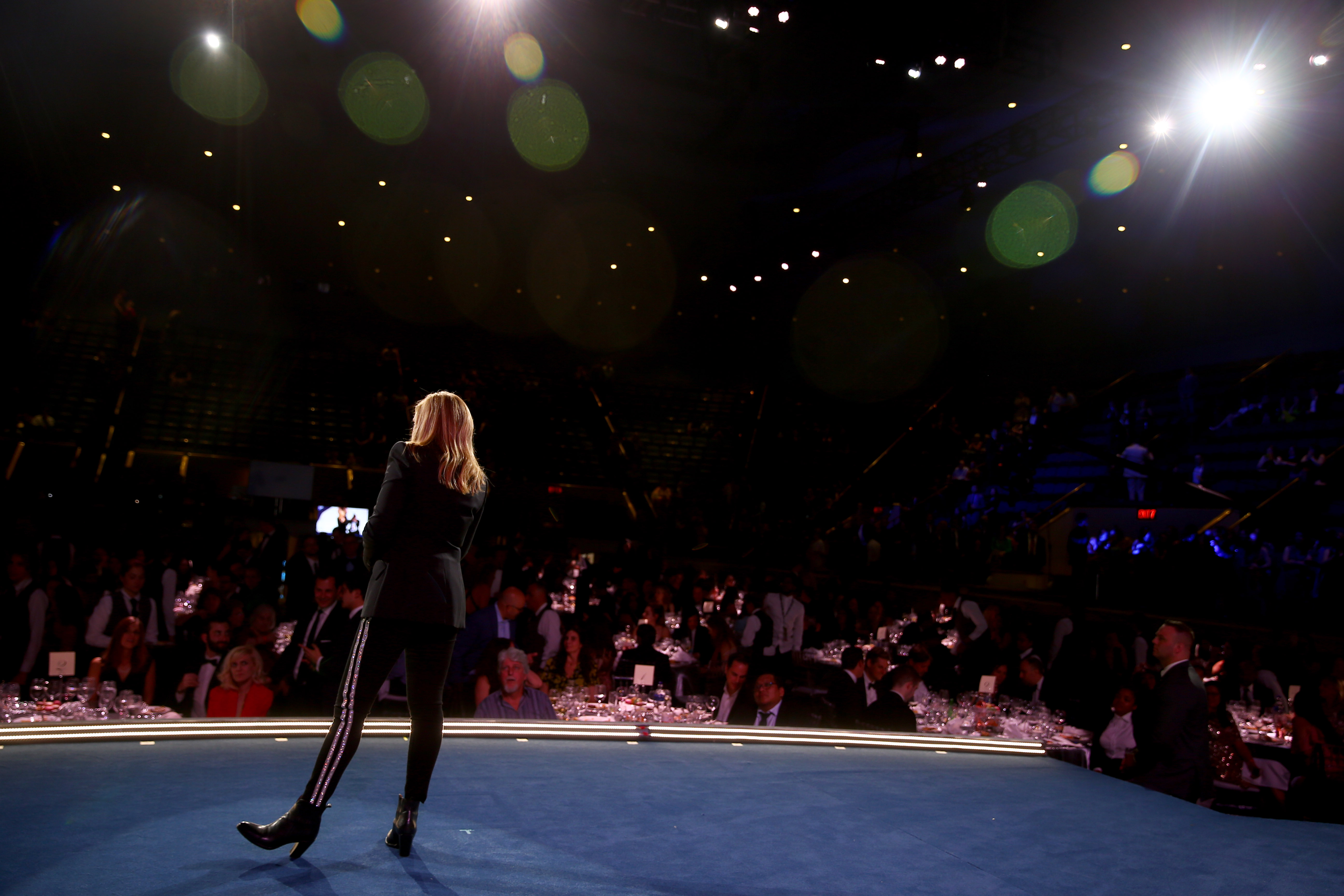 A free meal and an hour of comedy aside, support for the press is as important as ever. With more frequent attacks on the press, the murder of Jamal Khashoggi, and the regular insults of “fake news,” press freedom is in a vice.

“Journalists are critical to creating an informed citizenry, to make sure we’re hold public officials account, and to get basic information about the world around us,” said Courtney Radsch, advocacy director at the Committee to Protect Journalists, a non-profit dedicated to promoting press freedom and advocating the rights of reports across the world.

“By labeling journalists as ‘enemies of the people’,” said Radsch, a term repeatedly used by Trump, including days prior to a newsroom shooting at Baltimore’s Capital Gazette newspaper, “it creates conditions that make it less safe for reporters to work.”

“This constant denigration of the media as ‘fake news’ has a really detrimental impact,” she said.

Bee isn’t alone in her efforts to support the free press. Other fellow comedians like John Oliver and Hasan Minhaj use their platform to educate and inform about “fundamental issue that concern more than just journalists,” said Radsch.

Bee’s weekly half-hour show is a journalistic effort in its own right. But as a comedy show, it’s largely shielded from the near-constant attacks that the press face from the Trump administration and its allies.

With all proceeds from the dinner going to the Committee to Protect Journalists, Bee has shown to not only serve as an ally for reporters but also a staunch defender of the free press.

“No-one needs the press more than me and my show,” said Bee at the dinner. “We spend all day reading and watching and thinking about the news.”

“Journalism is essential,” she said. And then she broke into song.

Samantha Bee’s Not The White House Correspondent’s Dinner airs Saturday at 10pm ET on TBS. TechCrunch was invited as a guest.