Media center app Plex today is rolling out new features to expand upon its partnership with TIDAL, the streaming music service it began working with last November. Before, Plex subscribers could fill in the missing albums from artists in their library by way of TIDAL, but this option was only available within playlists. Now it’s available in users’ own music collection, too. In addition, a new feature called Artist TV allows you to play the artist’s video catalog along with other similar videos, with just a click.

The features — we think? — were announced today in this bizarre Plex blog post. But it’s unclear what exactly is going on there.

While Plex has always had a sort of casual, conversational tone to its various product announcements, this weird and confusing bit of fiction had its community members scratching their heads.

After he sweeps away our garlic-soaked crumbs, Hector declares that he is a huge fan of Steely Dan (the band, not William S. Burrough’s prop that, er, electrifies the masterful Naked Lunch).

And I say to him (YES WITH MY MOUTH FULL BECAUSE THIS POINT IS THAT IMPORTANT) “Sure, right, you’re a big Steely Dan fan. But does your library have ‘Everyone’s Gone to the Movies (Demo Version)’?

And he stares down at his fancy Italian leather shoes and you can see his face turn the slightest shade of primavera red, and being the kinda guy who doesn’t want to embarrass friends and waiters, I said, “Hey Nineteen, don’t feel Deacon blue.” Two quick song title references helped lighten the mood up a Peg. “I can show you how you can complete your collection in like 60 seconds.”

Somewhere in this more than 2,000-word (!!) story is a mention of the changes to Plex’s software.

Plex members weren’t thrilled about the lack of a tl;dr since they just wanted to know what was new and how it worked.

(Just to be clear, folks: users NEVER WANT A STORY. We want information. That goes for your app update text, too.) 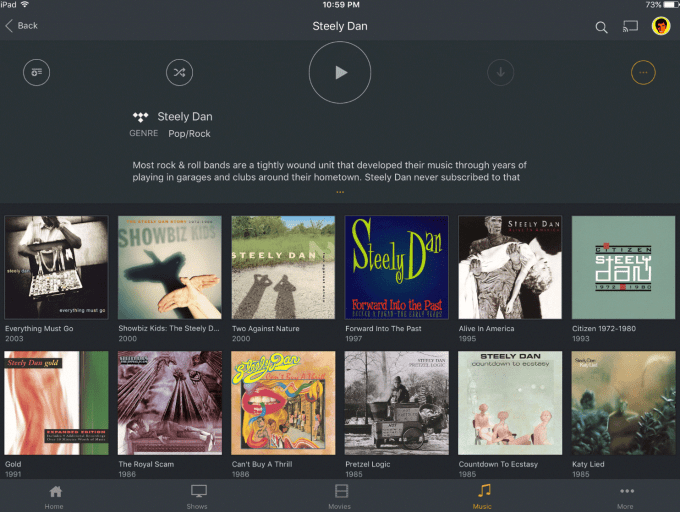 While Plex’s announcement itself bombed, the actual updates are still worth noting.

For starters, a new “complete your collection” feature will allow a Plex Pass member who signed up for the discounted TIDAL subscription to fill out their music library by adding songs, albums or the artist’s entire library by way of TIDAL. These additions will then appear next your owned collection of music, making it more seamless to stream your favorites.

Of course, you could just stream directly from TIDAL, but Plex’s newer focus has been making itself a one-stop shop for all your media — not just the music and videos you already own.

Today, that means you can access your own music and video library, your subscription-based music collection, your podcasts, streaming TV (via your digital antenna), your DVR recordings, your photos, your personalized news and even web shows. (It still lacks a way to jump to your streaming subscriptions, similar to Amazon’s Prime Video channels or The Roku Channel, but this is something Plex said it has planned.) 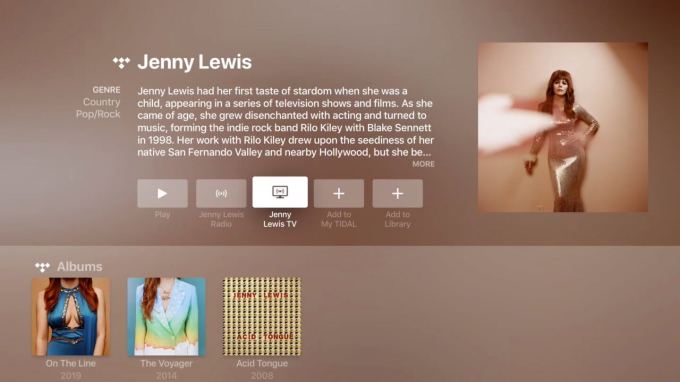 The company initially likened it to your own version of  MTV’s TRL. But it’s not about playing the most popular hits — so that’s not an apt comparison. Instead, Artist TV will kick off a stream of an artist’s videos when you click its button on an artist’s profile. It then intersperses these with videos from similar artists. In other words, it’s more like an “Artist Radio”-type of feature, but with video.

The features are rolling out today on Android mobile, Android TV, iOS and Apple TV with other platforms supported soon.