Wing, an eight-year-old, Silicon Valley venture firm co-founded by veteran VCs Peter Wagner and Gaurav Garg, produces interesting research about its own industry every now and then, based on smaller data sets than firms like PitchBook or CB Insights tend to use. Instead of looking at funding activity broadly, the firm tracks deal-making at the top 21 venture firms in the U.S. to “really focus on the signal,” as Wagner has explained to us in the past. Last year, for example, the firm determined that the funding pullback that everyone was worried about had actually happened in 2016.

More recently, Wing has been tracking deal sizes, capturing the details of 6,205 financings of 2,982 companies funded by one of those 21 firms over the last nine years to discern the ways in which round sizes are changing. And the results, while not shocking, are still eye-opening.

Starting with seed rounds, last year the average startup raised a total of $5.6 million prior to raising a Series A, up from $5.2 million in 2017, says Wing. That’s a lot of seed capital, especially when considering that the average amount of seed funding for a startup in 2010 was $1.3 million.

With greater money has come greater expectations, too. According to Wing’s analysis, the days of raising a Series A round without generating revenue first are fading fast. To wit, 82 percent of companies that raised Series A rounds from top investors last year are already making money off their customers. Again, for the old gangsters of the industry, that’s a big shift from 2010, when just 15 percent of seed-stage companies that raised Series A rounds were already making some money. Don’t want to go that far back? Consider that as recently as 2016, just 56 percent of the startups to nab Series A funding were generating revenue, says Wing.

It isn’t merely a matter of nomenclature, says Wagner. Yes, he acknowledges, Series A rounds are now more akin to Series B rounds, a point at which startups have long been expected to generate revenue. And yes, companies are also operating as “seed-funded” operations longer than they once did. (On average, companies now live off so-called seed funding for three years.)

Yet Wagner theorizes that VCs have also changed, influenced in part by information they’ve gleaned from firms like Bessemer Venture Partners that produce data on SaaS metrics, and events like SaaStr Annual that are laser-focused on ways to measure growth. “We now have a whole cohort of investors who’ve come into the business and been trained to make investments based on ratios around growth potential and expansion factors, among many other things.”

There is also more metrics-driven criteria being applied to Series A rounds because Series A bets have grown so much bigger, he suggests. Many of the top performing firms have raised far larger funds than ever before in recent years, and that has changed their “investment strike zone,” he notes. This “battalion of metrics” gives them greater confidence that the great amounts of money they are putting to work are safe.

What it means why it matters will take years to play out, but most immediately, it would seem that the very definition of seed investor has or will need to change. Whereas angel investing was long a more casual endeavor, often for operators with other pursuits, the burden is now on seed-stage investors and funds to not only handle due diligence, help with early hiring and find early syndicate partners, but to whip their portfolio companies into fighting, revenue-generating shape, as well.

The bar is clearly moving higher; their skills sets need to evolve along with that shift. 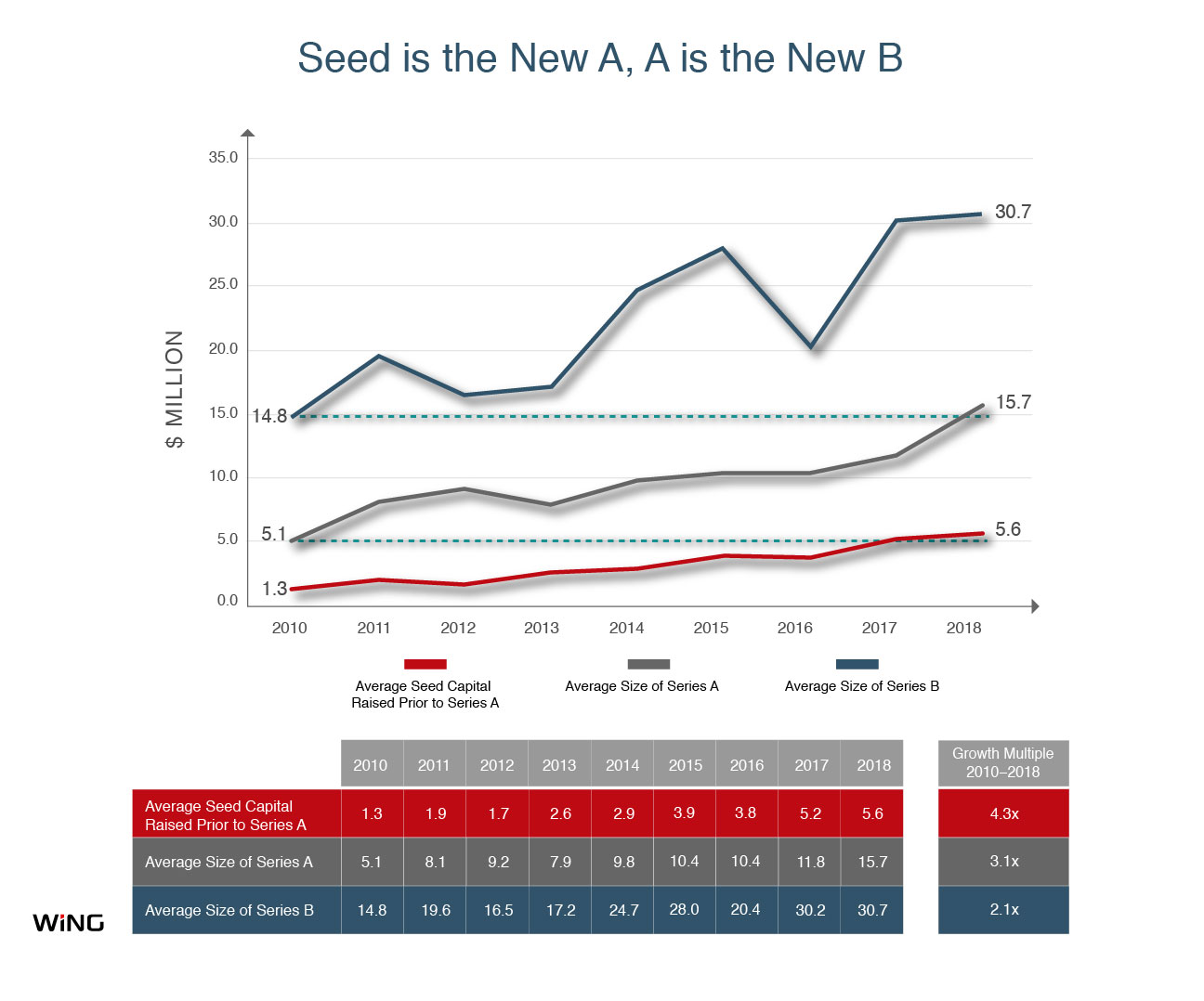