Pinterest is a great place to find digital art but a terrible place to sell it. The fact that anything online is infinitely copyable makes it tough for artists to establish a sense of scarcity necessary for their work to be perceived as valuable. Yash Nelapati saw this struggle up close as Pinterest’s first employee. Now he has started MakersPlace, where creators can generate a blockchain fingerprint for each of their artworks that proves who made it and lets it be sold as part of a limited edition.

Similar to Etsy, MakersPlace allows artists to sell their creations while the startup takes a 15 percent cut. Collectors receive a non-fungible cryptocurrency token connoting ownership of a limited-edition digital print of the artwork that they can store in their own crypto wallet or in one on MakersPlace. The MakersPlace site officially launches today after a year of beta testing.

“At Pinterest, we noticed that there are millions of digital creators that are spending countless hours creating digital artwork, but they struggle with basic things like attribution,” says MakersPlace co-founder Dannie Chu, who spent six years leading growth engineering at Pinterest. “Their work is getting printed, copied, shared and ultimately they make very little money from it being put online. If you can’t create a sustainable model for digital creators to create, you’re not going to have art.”

If software is eating art, Uncork Capital wants a seat at the dinner table. It has led a $2 million seed round for MakersPlace, joined by Draper Dragon Fund and Abstract Ventures, plus angels from Pinterest, Facebook, Zillow and Coinbase. They see the crypto-tokenized digital photo of a rose that sold for $1 million last year as just the start of a thriving blockchain art market. “That was a light-bulb moment for us. People are actually valuing digital creations like physical creations,” says Chu.

Hiscox estimates there were $4.64 billion in online art sales (though mostly of traditional offline art) in 2018, compared to Art Basel‘s estimate of $67.4 billion in total art sales for the year. MakersPlace could be well-positioned as more art is sold online and more of it becomes truly digital. “MakersPlace has already partnered with thousands of incredible digital artists selling their unique artwork, a testament to the easy-to-use platform they’ve built,” said Uncork Managing Partner Jeff Clavier. “They’ve also created a seamless and fun, one-stop-shop for discovering and collecting digital artwork.” 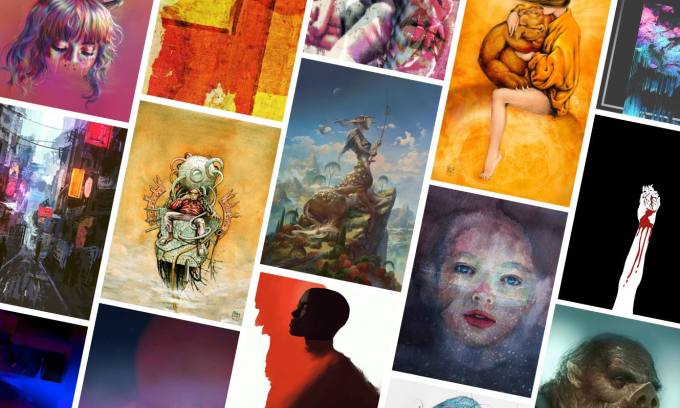 The startup’s technology is designed so artists fingerprinting their work don’t need extensive blockchain experience. They just upload it to MakersPlace before sharing it elsewhere, verify their identity through an integration with Civic where they take a photo holding their driver’s license, and an Ethereum-based token is generated with the creator’s name, the art’s name, its impression and edition number and the date. An Ethereum token name, ID, contract ID and creator’s ID are all assigned so there’s a permanent record of authorship.

Art collectors can browse MakersPlace’s categories for animation, photography, drawings, pixel art and 3D creations; explore recent and popular uploads; or search by specific artist or art piece. They can buy art with a credit card or with Ether; use, display or distribute it for non-commercial purchases; or resell it on the secondary market. MakersPlace assumes no ownership of the art it hosts. 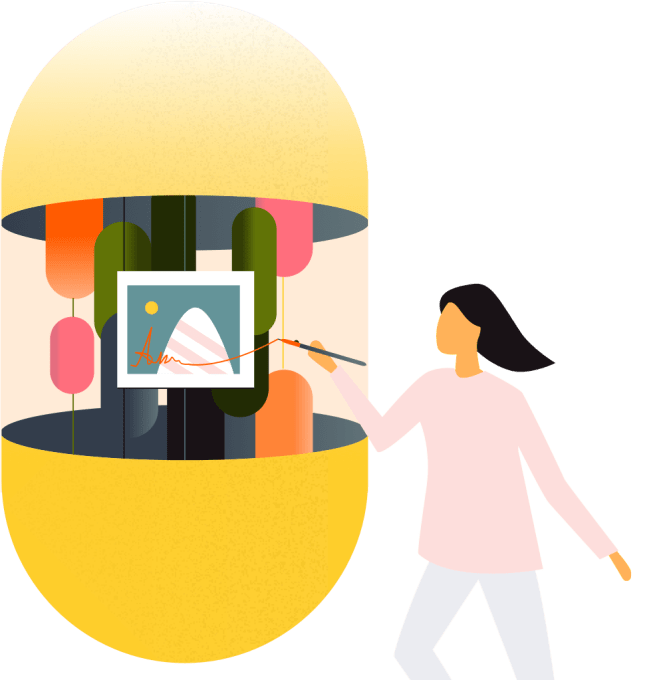 One major concern is that artists unaware of MakersPlace might have their works fraudulently fingerprinted and attributed to a thief. Chu says that “We use a mix of website, email and identity verification services to do this (we use civic.com). This is a strong deterrent to uploading and establishing attribution for stolen digital creations.” But you could still imagine the headache for less-tech-savvy artists if their creative identity gets hijacked.

There’s plenty of other blockchain entrants into the art world, from Blockchain Art Collective‘s NFC stickers for registering physical art to artist tipping platform ArtByte. Many startups are trying to solve the art attribution problem, including Monegraph, KnownOrigin, Bitmark, CodexProtocol, Artory and more. MakersPlace will have to hope its talent, Silicon Valley funding and focus on digital works will differentiate it from the pack.

As we move to a culture where so many of the things that represent our identity, from photographs to music, have become endlessly replicable, the concept of possession has lost its meaning. Yet we’re still hoarders deep down, scared of not having enough. “Collecting is an innate human behavior, but as people become more urban, mobile and minimalist, physical keepsakes have become less appealing,” Nelapati concludes. “Our mission is to create a platform that incentivizes creators by giving them ownership over the work they produce.”