It’s been a month since Huawei unveiled its latest flagship device — the Huawei P30 Pro. I’ve played with the P30 and P30 Pro for a few weeks and I’ve been impressed with the camera system.

The P30 Pro is the successor to the P20 Pro and features improvements across the board. It could have been a truly remarkable phone, but some issues still hold it back compared to more traditional Android phones, such as the Google Pixel 3 or OnePlus 6T. 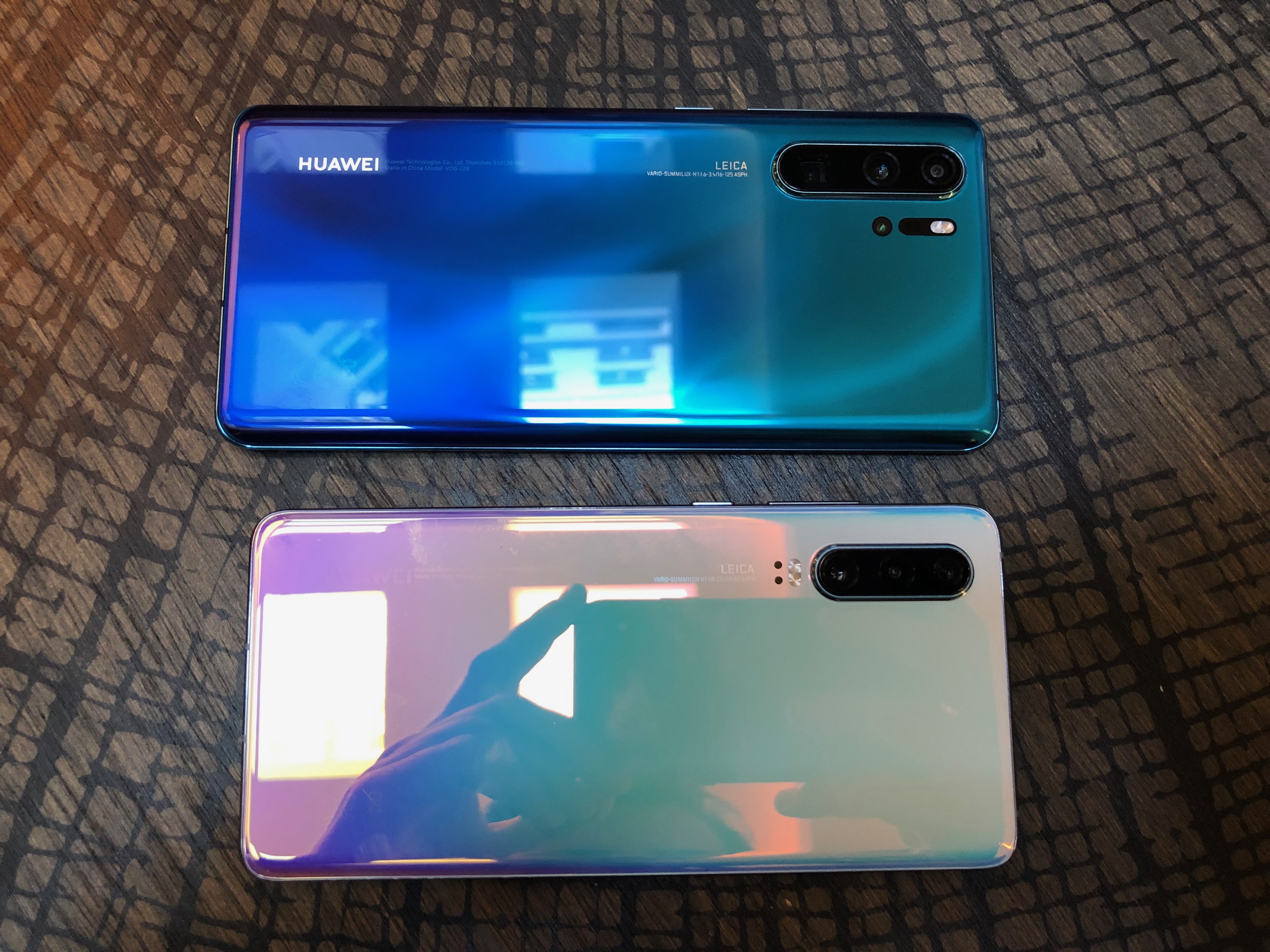 The P30 Pro is by far the most premium device in the P line. It features a gigantic 6.47-inch OLED display, a small teardrop notch near the top, an integrated fingerprint sensor in the display and a lot of cameras.

It has become hard to differentiate smartphones based on design as it looks a lot like the OnePlus 6T or the Samsung Galaxy S10. The display features a 19.5:9 aspect ratio with a 2340×1080 resolution, and it is curved around the edges.

The result is a phone with gentle curves. The industrial design is less angular, even though the top and bottom edges of the device have been flattened. Huawei uses an aluminum frame and a glass with colorful gradients on the back of the device. 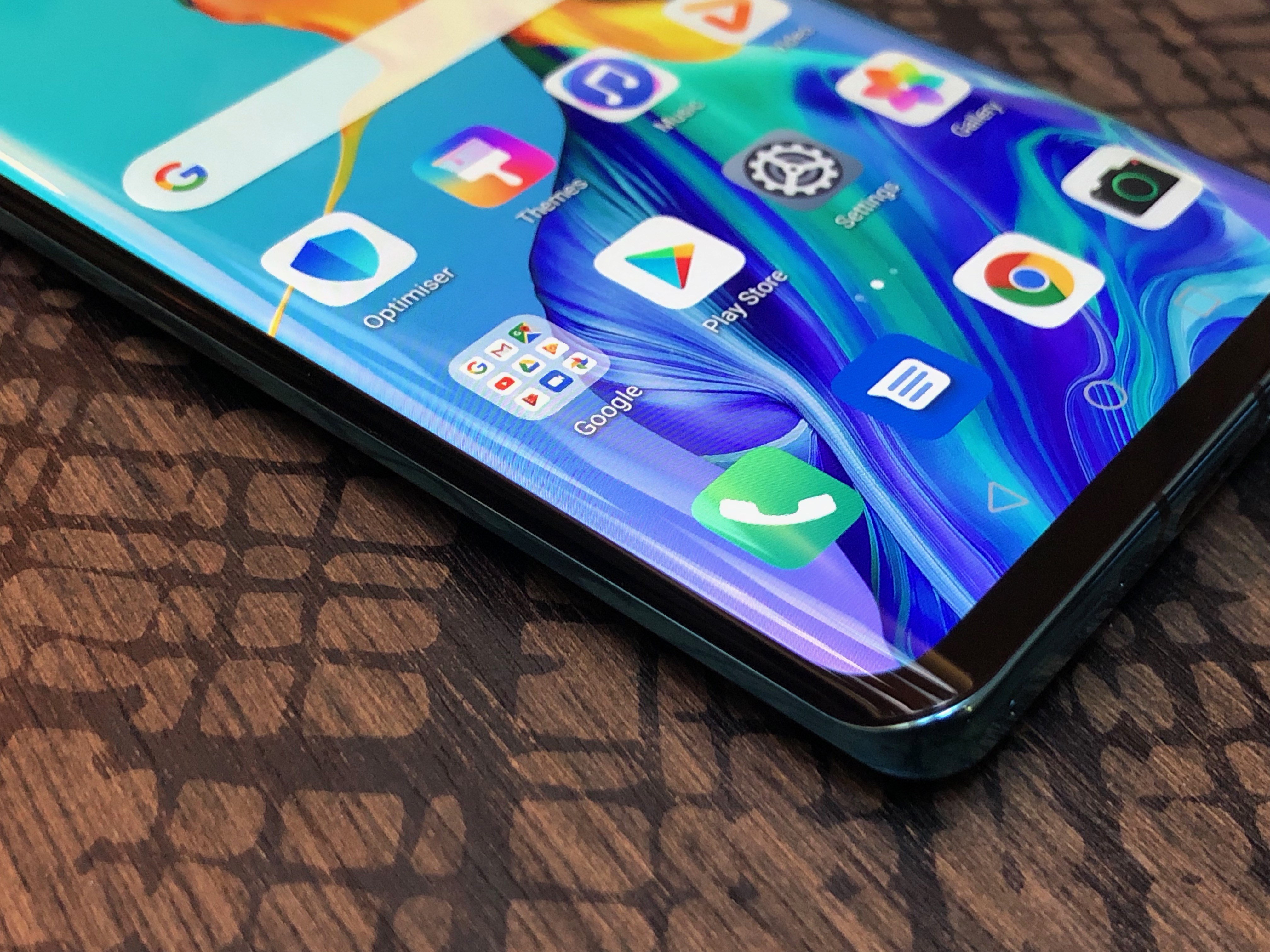 Unfortunately, the curved display doesn’t work so well in practice. If you open an app with a unified white background, such as Gmail, you can see some odd-looking shadows near the edges.

Below the surface, the P30 Pro uses a Kirin 980 system-on-a-chip. Huawei’s homemade chip performs well. To be honest, smartphones have been performing well for a few years now. It’s hard to complain about performance anymore.

The phone features a headphone jack, a 40W USB-C charging port and an impressive 4,200 mAh battery. For the first time, Huawei added wireless charging to the P series (up to 15W).

You can also charge another phone or an accessory with reverse wireless charging, just like on the Samsung Galaxy S10. Unfortunately, you have to manually activate the feature in the settings every time you want to use it.

Huawei has also removed the speaker grill at the top of the display. The company now vibrates the screen in order to turn the screen into a tiny speaker for your calls. In my experience, it works well.

While the phone ships with Android Pie, Huawei still puts a lot of software customization with its EMUI user interface. There are a dozen useless Huawei apps that probably make sense in China, but don’t necessarily need to be there if you use Google apps.

For instance, the HiCare app keeps sending me notifications. The onboarding process is also quite confusing as some screens refer to Huawei features while others refer to standard Android features. It definitely won’t be a good experience for non tech-savvy people. 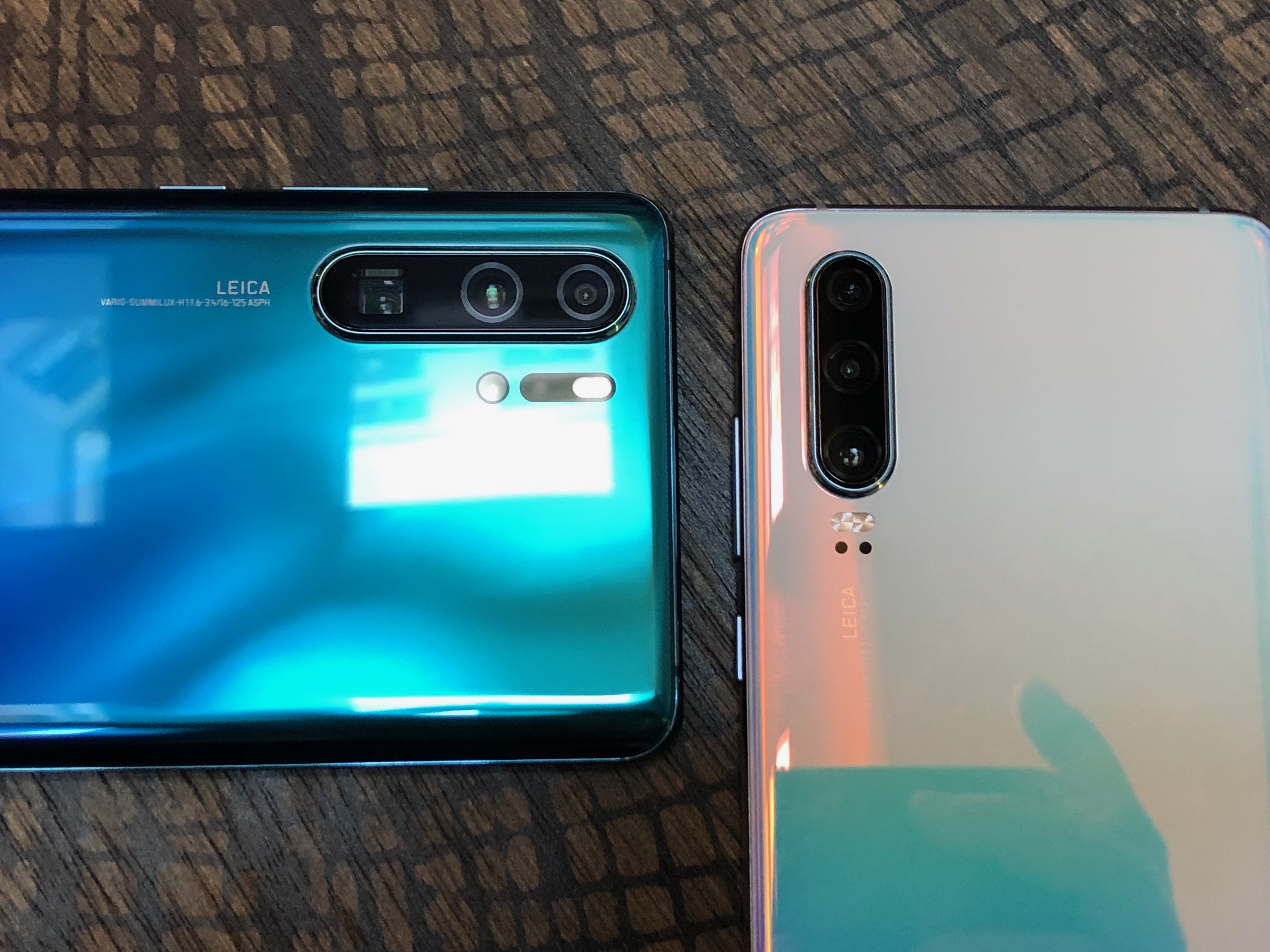 Four cameras to rule them all

The P20 Pro already had some great camera sensors and paved the way for night photos in recent Android devices. The P30 Pro camera system can be summed up in two words — more and better.

The P30 Pro now features not one, not two, not three but f-o-u-r sensors on the back of the device.

It has become a sort of a meme already — yes, the zoom works incredibly well on the P30 Pro. In addition to packing a lot of megapixels in the main sensor, the company added a telephoto lens with a periscope design. The sensor features a mirror to beam the light at a right angle and put more layers of glass in the sensor without making the phone too thick.

The company also combines the main camera sensor with the telephoto sensor to let you capture photos with a 10x zoom with a hybrid digital-optical zoom.

Here’s a photo series with the wide angle lens, the normal lens, a 5x zoom and a 10x zoom:

And it works incredibly well in daylight. Unfortunately, you won’t be able to use the telephoto lens at night as it doesn’t perform as well as the main camera.

In addition to hardware improvements, Huawei has also worked on the algorithms that process your shots. Night mode performs incredibly well. You just have to hold your phone for 8 seconds so that it can capture as much light as possible. Here’s what it looks like in a completely dark room vs. an iPhone X: 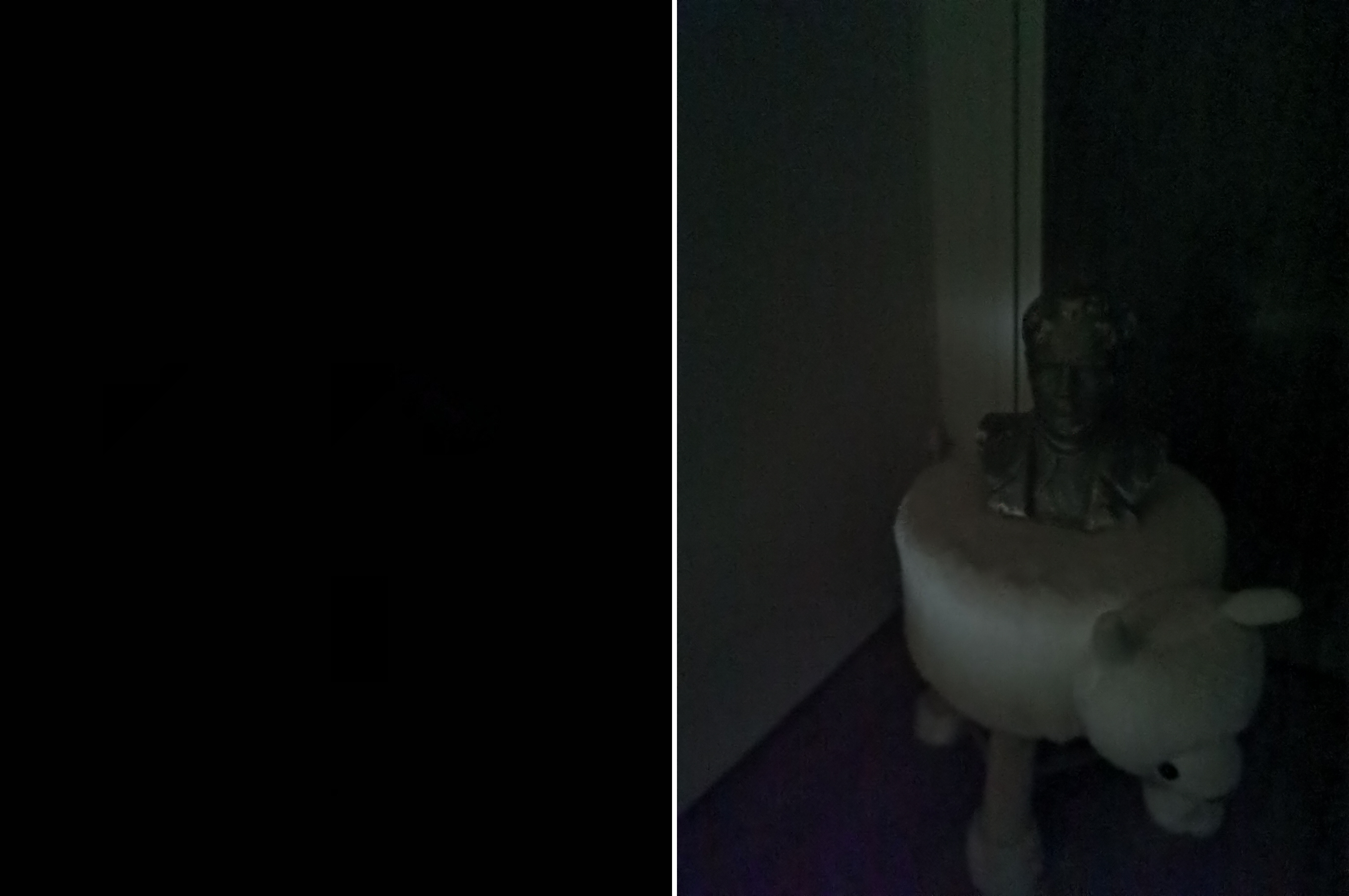 Huawei has also improved HDR processing and portrait photos. That new time-of-flight sensor works well when it comes to distinguishing a face from the background for instance. Once again, Huawei is a bit too heavy-handed with post-processing. If you use your camera with the Master AI setting, colors are too saturated. The grass appears much greener than it is in reality. Skin smoothing with the selfie camera still feels weird too. The phone also aggressively smoothes surfaces on dark shots. When you pick a smartphone brand, you also pick a certain photography style. I’m not a fan of saturated photos, so Huawei’s bias toward unnatural colors doesn’t work in my favor.

But if you like extremely vivid shots with insanely good sensors the P30 Pro is for you. That array of lenses opens up a lot of possibilities and gives you more flexibility. 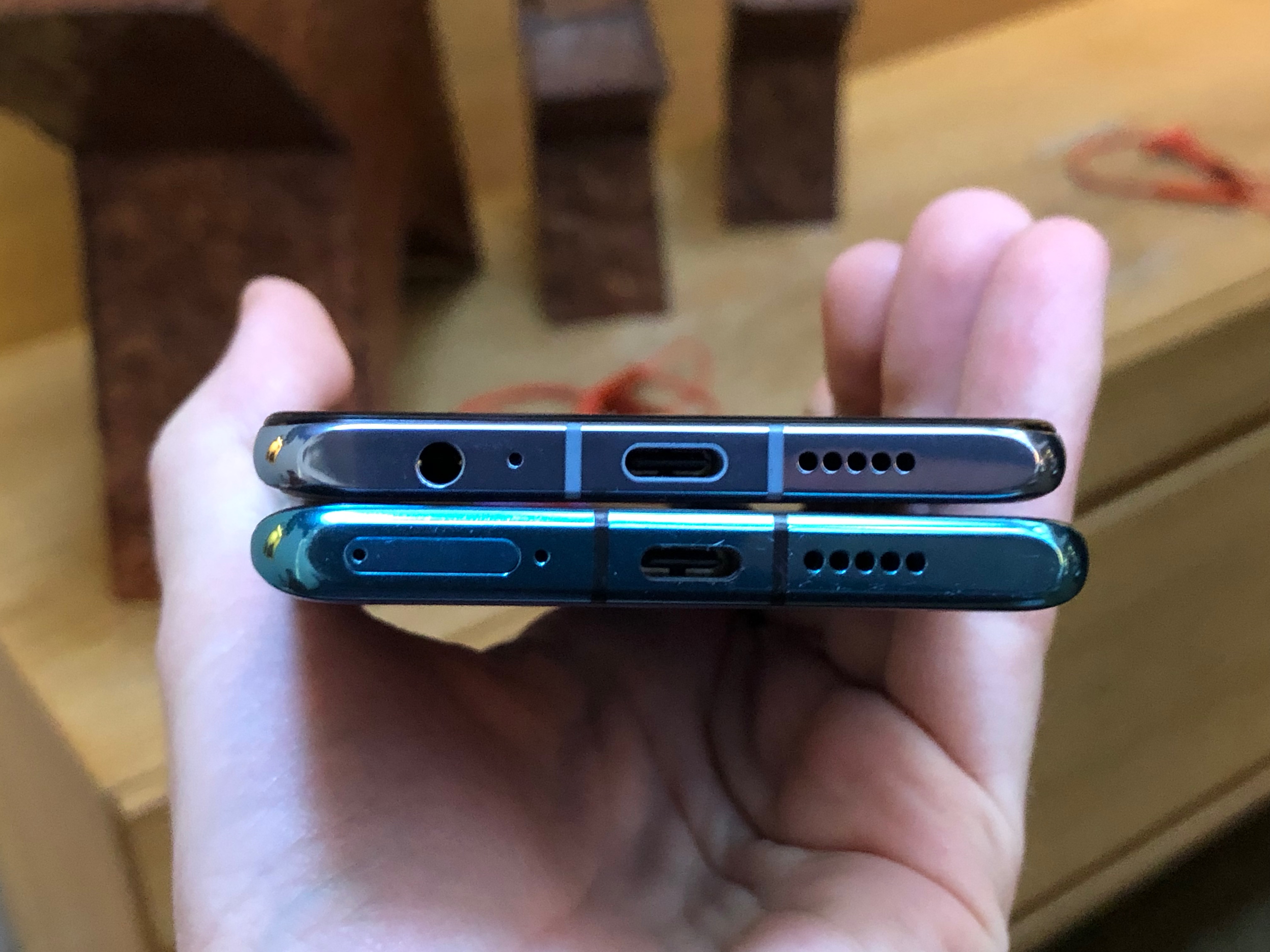 The P30 Pro isn’t available in the U.S. But the company has already covered the streets of major European cities with P30 Pro ads. It costs €999 ($1,130) for 128GB of storage — there are more expensive options with more storage.

Huawei also unveiled a smaller device — the P30. It’s always interesting to look at the compromises of the more affordable model.

The P30 features the same system-on-a-chip, the same teardrop notch, the same fingerprint sensor in the display, the same screen resolution. Surprisingly, the P30 Pro doesn’t have a headphone jack while the P30 has one.

There are some things you won’t find on the P30, such as wireless charging or the curved display. While the edges of the device are slightly curved, the display itself is completely flat. And I think it looks better.

Cameras are slightly worse on the P30, and you won’t be able to zoom in as aggressively. Here’s the full rundown:

In the end, it really depends on what you’re looking for. The P30 Pro definitely has the best cameras of the P series. But the P30 is also an attractive phone for those looking for a smaller device.

Huawei has once again pushed the limits of what you can pack in a smartphone when it comes to cameras. While iOS and Android are more mature than ever, it’s fascinating to see that hardware improvements are not slowing down. 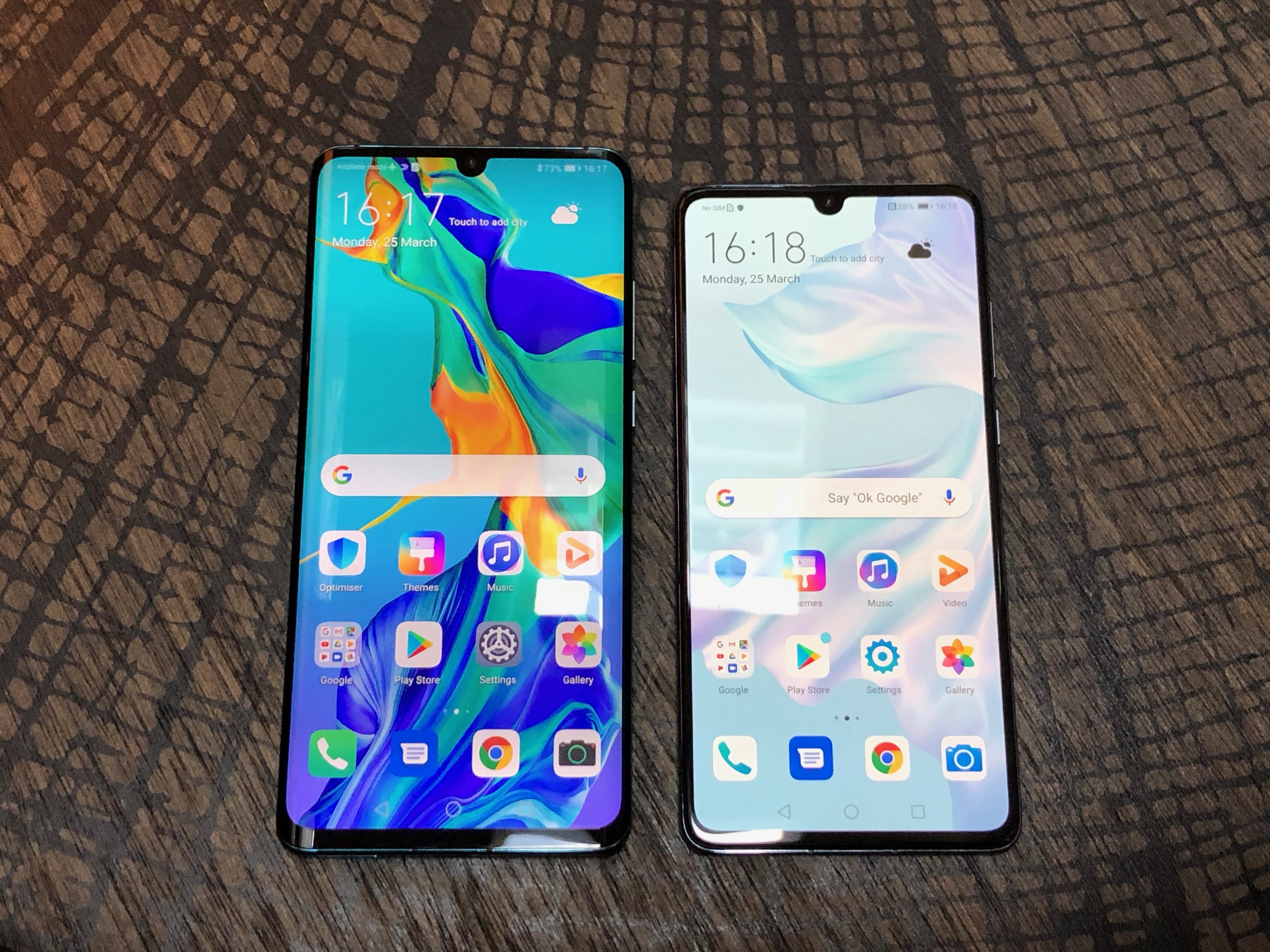