Zipline, the San Francisco-based UAV manufacturer and logistics services provider, has launched a program in Ghana today for drone delivery of medical supplies.

Working with the Ghanaian government, Zipline will operate 30 drones out of four distribution centers to distribute vaccines, blood and life-saving medications to 2,000 health facilities across the West African nation daily.

“We’ll do 600 flights a day…and serve 12 million people. This is going to be the largest drone delivery network on the planet,” Zipline CEO Keller Rinaudo told TechCrunch on a call from Accra.

“No one in Ghana should die because they can’t access the medicine they need in an emergency,” Ghana’s President Nana Akufo-Addo said in a statement. “That’s why Ghana is launching the world’s largest drone delivery service…a major step towards giving everyone in this country universal access to lifesaving medicine.” 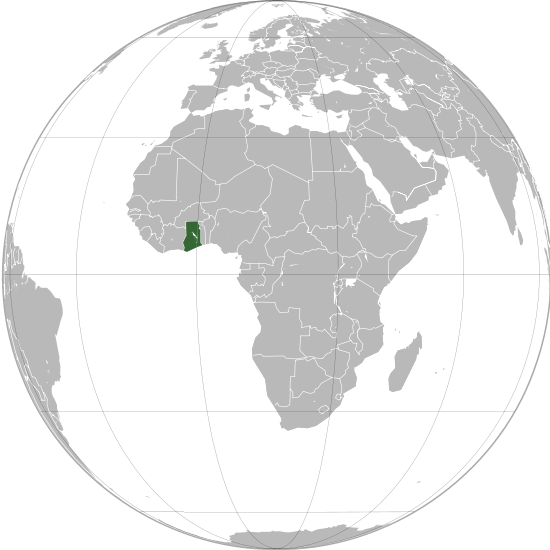 The Ghana program adds a second country to Zipline’s live operations. Zipline got off the ground in Rwanda and has leveraged its experience in East Africa to begin testing medical delivery services in the United States.

Zipline has been making moves in Africa since at least 2016 — after it raised capital and solidified its mission to carve out a global revenue-generating business around UAV delivery of critical medical supplies.

Founded in 2014, Zipline designs and manufactures its own UAVs, launch and landing systems and logistics software. After a testing period in coordination with the government of Rwanda, Zipline went live in the East African country in 2016, claiming the first national drone-delivery program at scale in the world.

Through its nonprofit foundation, the logistics giant UPS came in to partner with Zipline on the Rwanda program, and that support continues.

“They’re providing funding to build a lot of the infrastructure required, they are an adviser to us and they provide some logistical support in moving equipment,” Rinaudo said of Zipline’s collaboration with the UPS Foundation. Zipline has also received grants and support from The Bill and Melinda Gates Foundation and Pfizer. 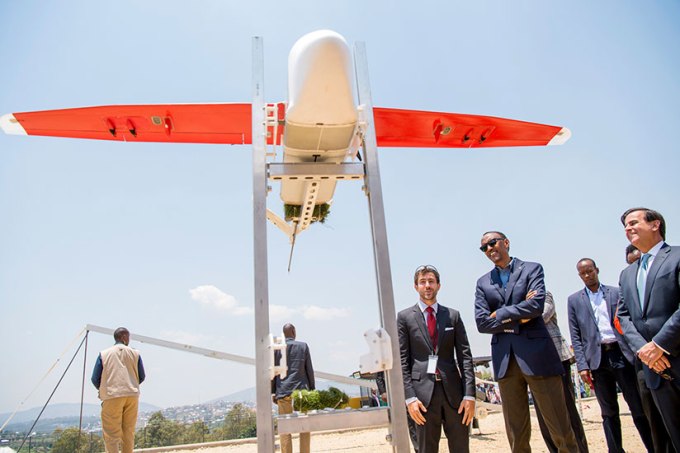 Zipline then carried its experience in Africa to the U.S. In May 2018 the company was accepted into the U.S. Department of Transportation’s Unmanned Aircraft Systems Integration Pilot Program (UAS IPP). Out of 149 applicants, the Africa-focused startup was one of 10 selected to participate in a drone pilot in the U.S. — and started testing beyond visual line of sight medical delivery services in North Carolina.

“Healthcare logistics is a $70 billion global industry, and it’s still only serving a golden billion on the planet,” says Rinaudo. “The economics of our business is pretty simple. We’re using small, electric, fully autonomous vehicles…these kinds of systems are much more efficient than the analog way of delivering things.”

Zipline is well aware that its drone logistics systems have applications beyond medical supply chain services and Rinaudo confirmed moving cargo other than medical supplies is something Zipline has considered.

If the company moves toward other commercial applications, it could leverage its programs and relationships in Africa. The continent has become a testbed for commercial drone delivery and regulatory structures.

Over the last two years South Africa passed commercial drone legislation to train and license pilots, and Malawi opened a Drone Test Corridor to African and global partners. Over the same period, Kenya, Ghana and Tanzania have issued or updated drone regulatory guidelines and announced future UAV initiatives. The government of Tanzania launched a medical drone delivery program in 2018, with DHL as one of the main partners.

In addition to its launch today in Ghana, Zipline plans to move from pilot-phase to live-delivery of medical supplies in the U.S. sometime this summer, a company spokesperson confirmed.