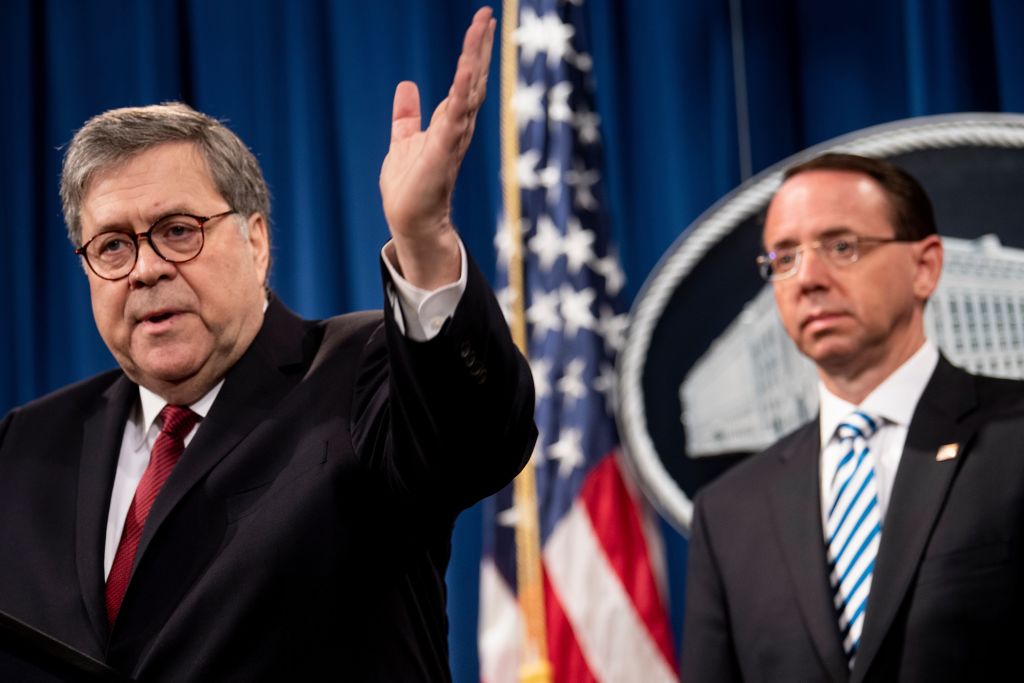 On Thursday, Attorney General William Barr released the long-anticipated Mueller report. With it comes a useful overview of how Russia leveraged U.S.-based social media platforms to achieve its political ends.

While we’ve yet to find too much in the heavily redacted text that we didn’t already know, Mueller does recap efforts undertaken by Russia’s mysterious Internet Research Agency or “IRA” to influence the outcome of the 2016 presidential election. The IRA attained infamy prior to the 2016 election after it was profiled in depth by the New York Times in 2015. (That piece is still well worth a read.)

Considering the success the shadowy group managed to achieve in infiltrating U.S. political discourse — and the degree to which those efforts have reshaped how we talk about the world’s biggest tech platforms — the events that led us here are worth revisiting.

In Spring of 2014, the special counsel reports that the IRA started to “consolidate U.S. operations within a single general department” with the internal nickname the “translator.” The report indicates that this is the time the group began to “ramp up” its operations in the U.S. with its sights on the 2016 presidential election.

As the report details, in the early stages of its U.S.-focused political operations, the IRA mostly impersonated U.S. citizens but into 2015 it shifted its strategy to create larger pages and groups that pretended to represent U.S.-based interests and causes, including “anti-immigration groups, Tea Party activists, Black Lives Matter [activists]” among others.

The IRA offered internal guidance to its specialists to “use any opportunity to criticize Hillary [Clinton] and the rest (except Sanders and Trump – we support them” in early 2016.

While much of the IRA activity that we’ve reported on directly sowed political discord on divisive domestic issues, the group also had a clearly stated agenda to aid the Trump campaign. When the mission strayed, one IRA operative was criticized for a “lower number of posts dedicated to criticizing Hillary Clinton” and called the goal of intensify criticism of Clinton “imperative.”

That message continued to ramp up on Facebook into late 2016, even as the group also continued its efforts in issued-based activist groups that, as we’ve learned, sometimes inspired or intersected with real life events. The IRA bought a total of 3,500 ads on Facebook for $100,000 — a little less than $30 per ad. Some of the most successful IRA groups had hundreds of thousands of followers. As we know, Facebook shut down many of these operations in August 2017.

The IRA used Twitter as well, though its strategy there produced some notably different results. The group’s biggest wins came when it managed to successfully interact with many members of the Trump campaign, as was the case with @TEN_GOP which posed as the “Unofficial Twitter of Tennessee Republicans.” That account earned mentions from a number of people linked to the Trump campaign, including Donald Trump Jr., Brad Parscale and Kellyanne Conway.

As the report describes, and has been previously reported, that account managed to get the attention of Trump himself:

The special counsel also notes that “Separately, the IRA operated a network of automated Twitter accounts (commonly referred to as a bot network) that enabled the IRA to amplify existing content on Twitter.”

The IRA leveraged both Twitter and Facebook to organize real life events, including three events in New York in 2016 and a series of pro-Trump rallies across both Florida and Pennsylvania in the months leading up the election. The IRA activity includes one event in Miami that the then-candidate Trump’s campaign promoted on his Facebook page.

While we’ve been following revelations around the IRA’s activity for years now, Mueller’s report offers a useful birds-eye overview of how the group’s operations wrought havoc on social networks, achieving mass influence at very little cost. The entire operation exemplified the greatest weaknesses of our social networks — weaknesses that up until companies like Facebook and Twitter began to reckon with their role in facilitating Russian election interference, were widely regarded as their greatest strengths.