There isn’t much left to be done in online networking apps. We are all familiar with professional (LinkedIn), social (Facebook), real time (Twitter) and dating (Tinder, Bumble, etc). But profile photos of the people you’re interacting with only get you so far. And we’ve all known that person who looked smart in the photo and turned out to be not so amazing in real life. Photos don’t communicate a person’s energy, body language or their voice.

An app called Wonderloop hopes to solve this problem, with video profiles, like this one.

It’s now added swiping people, Tinder-style. Left for “later” and right for “favorite.” In addition, you can see who’s “Nearby” with a location feature, making it more likely you may even bump into this person. How’s that for making your day more…interesting?

Founder Hanna Aase says Wonderloop is not so much “LinkedIn with video” as much as it is “About.me with video.” Why? Well, because it also has a web-platform, allowing you to share your video profile outside the app, as well as message inside it.

I must admit, it’s fair to say that the impression you get from a person from watching them for 10 seconds on a video is pretty persuasive. 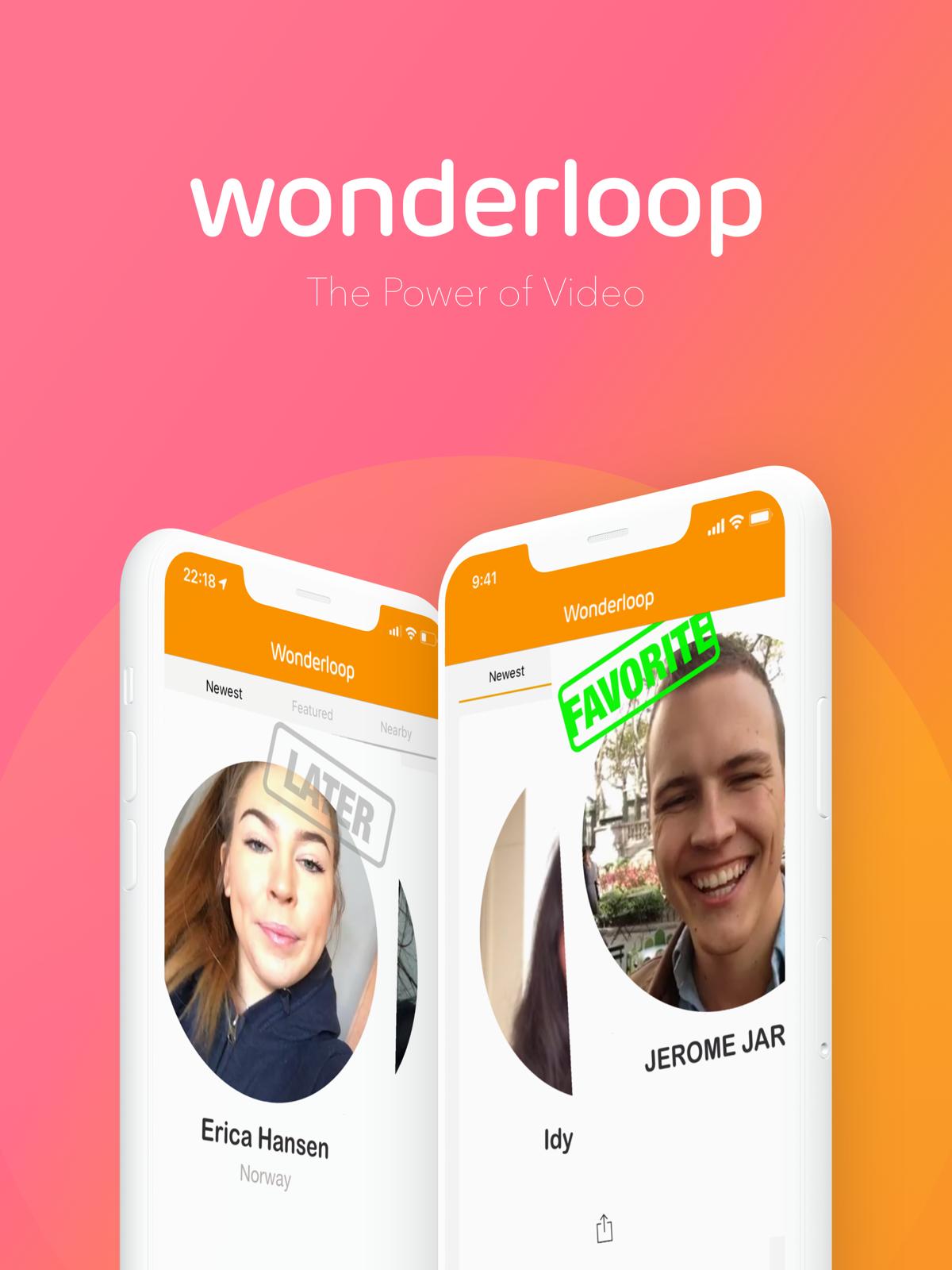 Aase says Wonderloop could end up being your personal “video ID,” providing each user with their unique video profile. She says Wonderloop’s aim is to create a search engine out of people on video.

“To see people on video creates trust. Wonderloop’s goal is that every person in the world should have a video identity. We want to help users get seen in this world. You use Wonderloop for the first step of turning a stranger into a potentially cool person in your life,” she added.

She thinks the app will be used by people to make new friends, connect influencers with fans, connect entrepreneurs, connect freelancers and travelers and of course a bit of dating here and there.

She’s also hoping the app will appeal to millennials and Generation Z who, as frequent travelers, are often into meeting people “nearby.” “We did research and were surprised to the extent the age group 16-20 wish to find new friends,” she says. For instance, apps like Jodel are used by young people to reach out to chat to complete strangers nearby (although with no names attached).

Right now the app is invite-only, but users can apply inside the app. Aase says: “We hope to do it in stages as the company grows and in a way where users feel the community is a place they feel safe and can share who they are on video. But being invite-only also makes us differentiated to all other services.”